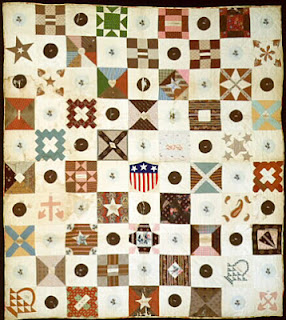 The simple patchwork in the Dixie Diary Block of the Month with an appliqued heart or star on each block was inspired by blocks in this quilt in the collection of the Museum of the Daughters of the American Revolution.

See the digital file on this quilt at the Quilt Index here:

It's a signature album quilt, a sampler of blocks, signed by different people. Some are standard album blocks, such as the Chimney Sweep, quite popular for friendship blocks. What caught my eye were the basic appliques. 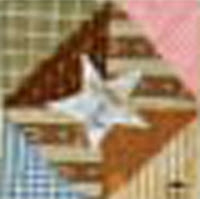 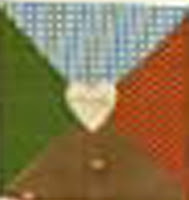 I blew them up so you get the idea

You just don't often see this combination of piecing and applique and I thought it was quite charming.

Here's a summary of what the worksheet and the museum's catalog says about the quilt and the maker plus what I've been able to find out.

It's attributed to Margaret Dodge who was born Margaret Wood English in Montreal, Canada in 1783. In 1801 when she was about 18 years old she married New Yorker John Dodge in New York City. John was an artisan: a metalsmith and watchmaker.

Here he is advertising for an apprentice in 1806 when his business was at 64 Wall Street, opposite the Tontine Coffee House. 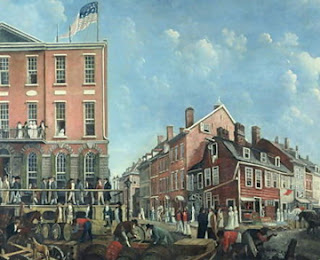 Margaret gave birth to eleven children between 1802 and 1822. The fourth, her eldest son John Wood Dodge, had a talent for drawing. As an adolescent he taught himself miniature painting and quickly became quite successful in this art. 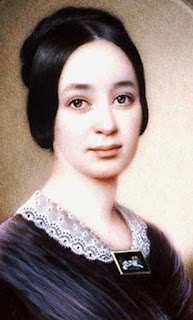 Miniature on ivory of Varina Howell Davis
by John Wood Dodge
Notice in the miniature that
Varina is wearing a miniature of a dog.

In 1830 Margaret's husband died leaving her with four children under 16. She never remarried. Her widowhood was marked by much sorrow as she lost eight of her adult children between 1830 and the Civil War. Only two children, John and William, outlived Margaret.

Margaret is recorded as a quiltmaker during the Civil War. The DAR Museum has two other quilts donated by her descendants. 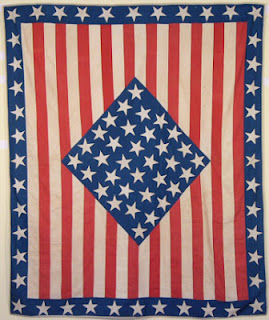 The patriotic spread was made from a color pattern published in Peterson's Magazine in 1861. Margaret was about 78 years old that year when the Civil War began.
See more about the Peterson's Magazine pattern here:
http://civilwarquilts.blogspot.com/2011/07/30-petersons-stars-stripes.html
And see the DAR Museum file at the Quilt Index here:
http://www.quiltindex.org/fulldisplay.php?kid=46-7A-C6 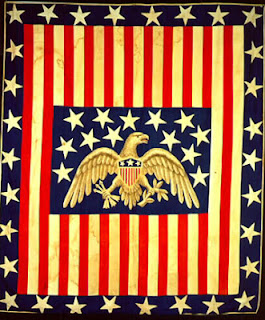 This eagle quilt was a collaboration between Margaret and son John who painted the eagle on the cotton in the center. The stars and stripes that Margaret stitched are based on the Peterson's design.
http://www.quiltindex.org/basicdisplay.php?kid=46-7A-D4 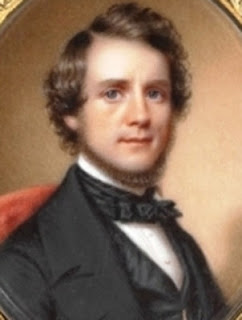 In the recent catalog of the DAR Museum's quilts the curators comment on Margaret's needlework skills, perhaps a reflection of her age: "Neither of these spreads shows much finesse in the acutal needlework," a nice way to say it. 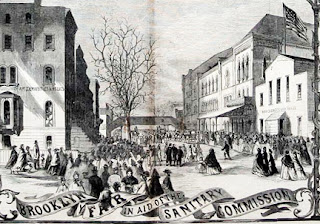 Margaret is also recorded as making a fourth quilt. The eagle spread above is a cotton copy of a silk spread that John and Margaret displayed at the Brooklyn Sanitary Fair in 1864. The DAR Museum catalog notes that the Brooklyn Eagle described a prizewinning "unique and handsome bedspread, in the form of the National Banner." Two hundred donors gave a dollar each to buy the quilt to send to President Abraham Lincoln with a letter:

March 7, 1864
"A few of your fellow-citizens have the honor of offering for you acceptance herewith, a silk 'Bed-Spread,' formed of the National Colors, and emblazoned with the Stars and Stripes and the National Eagle... from the hands of a venerable and loyal woman, Mrs. Margaret E. Dodge, who has reached the age of eighty-one years...."

Lincoln wrote back on April 1: "Permit me to return my most cordial thanks for the beautiful present transmitted by you...."

Margaret may also have shown that quilt at the 1864 Metropolitan Fair in Manhattan at about the same time. The accounts of that fair mention "an item made notable by the age of the maker: "A silk quilt representing a flag made by a lady seventy years old." Or it may be a fifth quilt since Lincoln seems to have had his silk quilt in hand during the Metropolitan Fair.

The Presidential gift must have been a highlight of Margaret Dodge's life. Quilt historians often hear stories about quilts donated to Lincoln, but this is one with some actual documentation in the Fair accounts.

After the War Margaret moved west with her son William Henry Dodge and his family. She died in Clinton in western central Missouri on April 30, 1873, where she is buried. 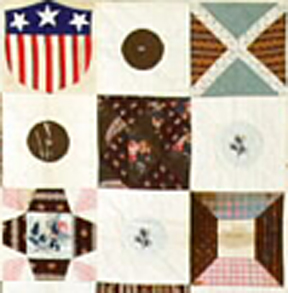 Back to the sampler at the top of the page:

This quilt was also donated by Margaret's family. The worksheet indicates it was quilted in 1902, long after Margaret's death. It's thought to have been stitched in the 1860s or '70s.  The alternate blocks are appliqued circles, surrounding a patriotic Union shield. Although the blocks are signed by various people, their simplicty does have the look of a single maker---one, to put it kindly, who doesn't show "much finesse in the acutal needlework." I'd guess this is Margaret's last quilt top or last set of blocks, made sometime between 1864 and her death nine years later.

So as we make a dozen blocks inspired by Margaret's quilt over the next twelve months we can remember her and how proud she must have been to see her quilt raise $200 at the Sanitary Fair for the Union Army and then wind up at the White House. We can also wonder how many other quilts she made in her long life. 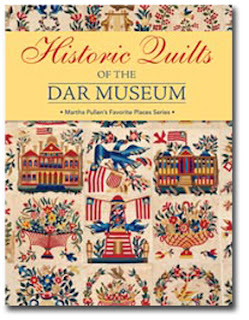 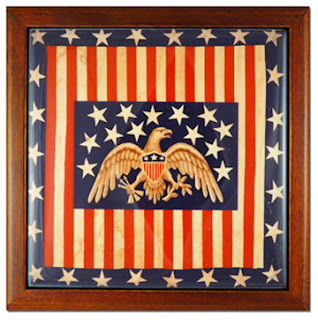 And they offer a wooden box with the eagle quilt pictured on the lid:
http://www.dar.org/omni/store/store32/dar_museum_eagle_quilt_box_10254453790.html?nav=10254457780
Read more about gifts to Lincoln at this post on the Railsplitter blog:
http://railsplitter.com/?page_id=242
Posted by Barbara Brackman at 6:00 AM

I do love eagle and americana quilts.
It is amazing that the woman who made such wonderful quilts would never have thought how famous they would be in the quilt world.


What a lovely post! Thank you so much for sharing. That picture of Varina is absolutely amazing. What a lovely lady.

Thank you so much for sharing the inspiration for your Dixie Diary BOM. I picked up several pinks to go with the chocolate brown I have-so am getting ready to start-thank you for all you do-I really enjoy reading your posts-so full of information Kathy

Hi Barbara, I'm one of those "lurking" followers ie. I follow and sew along, just don't comment. Well, I wanted you to know that I finished up my CWR sampler quilt and a fellow blogger suggested I send you the link. Thank you for the inspiration you provide for many!

It's a signature album quilt, a sampler of blocks, signed by different people. Some are standard album blocks, such as the Chimney Sweep, quite popular for friendship blocks. What caught my eye were the basic appliques. Thank you