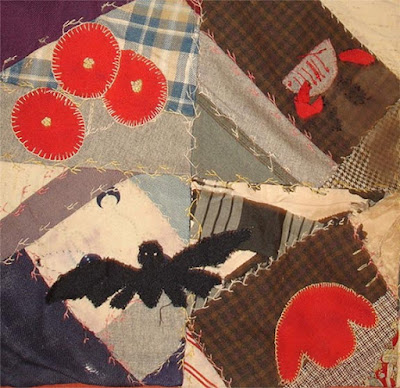 Wool crazy quilt, probably dating from about 1900-1930
based on the style including the detail in the embroidery, the wool fabrics and the
workmanship. Bat or spider an interesting addition.

Advertised as "Civil War Era" with the implication that it was made between 1861 and 1865, twenty years before the crazy quilt era and forty before the wool crazy quilt craze.

Why advertise quilts from 1880 and later as "Civil War Era?"
I've got a photographic collection of quilts from 1880 and later advertised in online
auctions as Civil War Era. Caveat Emptor---Let the Buyer Beware.
There's something about blue and gray (popular color combination 1900-1925)
that inspires Civil War nostalgia although this nine-patch from that time period
has absolutely nothing to do with the Civil War (as advertised) but was rather the latest
fashion trend at the end of the 19th-century. 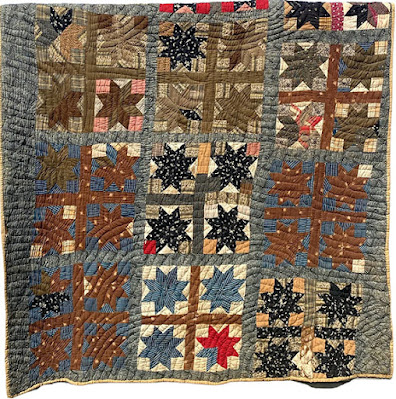 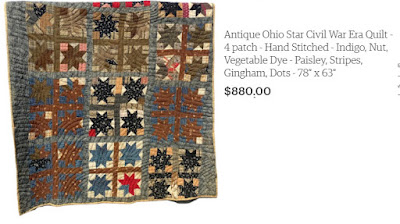 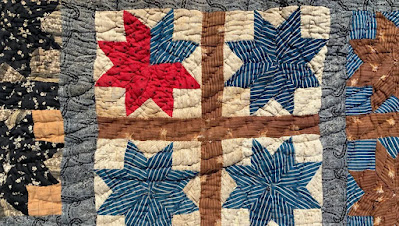 This star quilt is fairly easy to date because it has so
much true black cotton, the black and white prints
you do not see until after 1890 or so and the development
of sulfur black for printing.
The "nut and vegetable dyes" are also false advertising as many of the colors were probably obtained from the synthetic dyes that dominated the market in the early 20th-century when this quilt was likely made. Quilting in Variable Shell pattern also a good clue to after 1880. 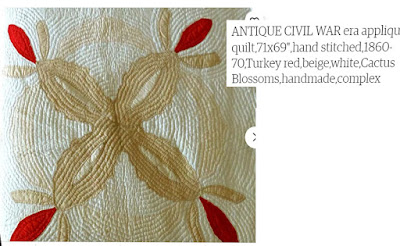 Many late-19th-century synthetic dyes were not colorfast,
resulting in this all-too-common "Turkey red, beige"
combination that was once red and green. 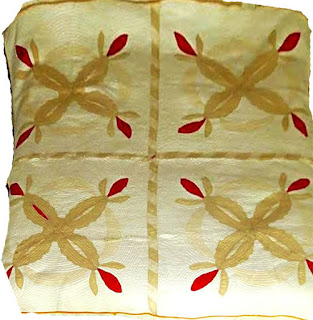 Style, quilting and a favorite Southern pattern indicates
that this four-block was made after the 1880s. 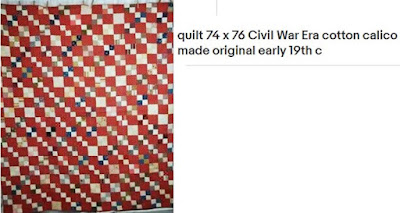 Sometimes the advertising is just a garble of terms.
Civil War Era....early 19th century.
Throw everything you have in there to see if someone buys
this rather common four-patch
from after 1890. 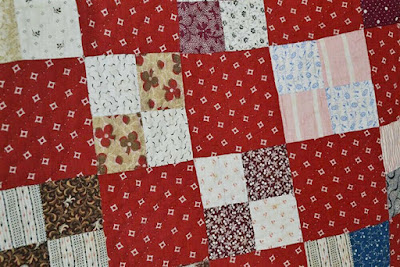 Again those black ground prints are a reliable clue to after 1890
as is the wine-colored red. 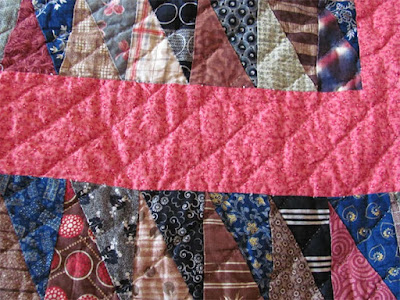 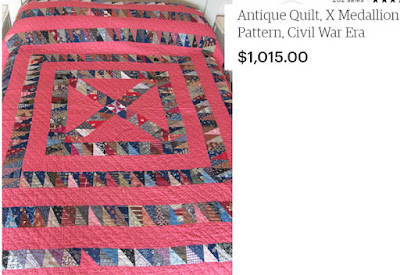 And if you will say anything to sell a quilt how about Underground Railroad??? 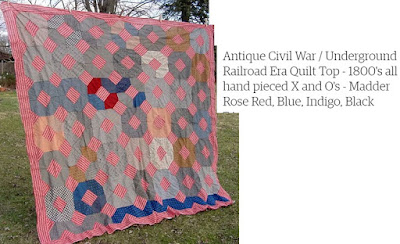 An appeal to the naive collector... Couldn't hurt---except to your reputation as a reliable dealer.
See a couple of other quilts advertised as having dubious Civil-War connections at these posts:

https://civilwarquilts.blogspot.com/2020/05/dubious-slave-made-quilt.html
Posted by Barbara Brackman at 6:00 AM