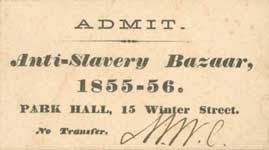 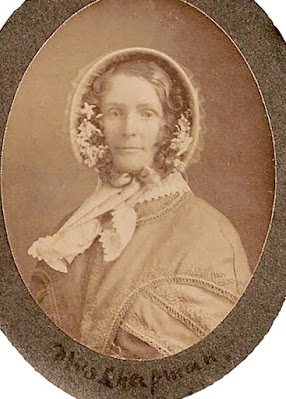 Maria Weston Chapman was the woman behind Boston's annual antislavery fair held from 1835 into the Civil War years, which was an important event in women's and abolitionist history. 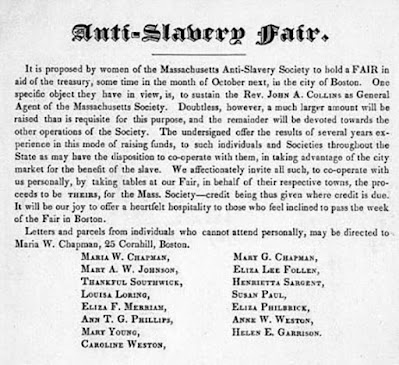 With her sisters, friends and like-minded men and women Chapman raised thousands for the abolitionist cause through many strategies, among them the sale of home-made items. The committee solicited decorative crafts from Americans and European sympathizers. In 1837 George Thompson advised Britons to create objects for sale.

"If you have leisure, you can devote it to the manufacture of such articles....Opportunities are constantly occurring of forwarding such things to the United States." 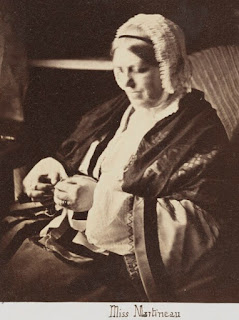 Harriet Martineau (1802-1876) at her work.
Moses Bowness. about 1855
No Britisher seems to have take his advice more to heart than Harriet Martineau. A single woman from a family in the textile business, Harriett suffered from ill health and deafness much of her life. When the family business failed she was required to earn a living: "So to work I went, with needle and pen." 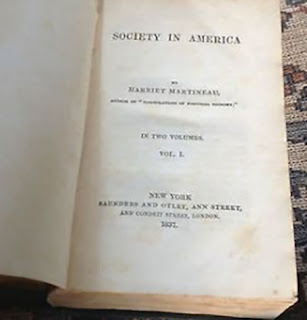 At first her needle supplied an income but she became known for her writing with her best-recalled book Society in America based on her mid-1830s trip to the United States. She spent time in Boston where she was introduced to the antislavery activists and thereafter snubbed by their opponents.

Returning to England she kept Maria Chapman and her bazaar committee supplied with needlework and manuscripts both of which brought a premium due to the Martineau name. Martineau loved handwork and spent much time at Berlin work, the wool embroidery over canvas that was a mid-century fashion. 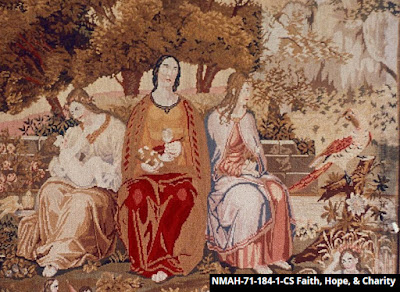 Berlin work picture in the collection of the Smithsonian
signed Emma Frances Feather, 1855 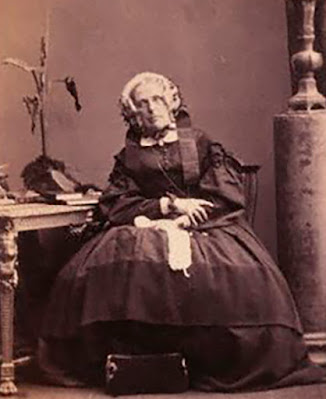 1861 with her knitting
Photo by Camille Silvy
Her letters and autobiography attest to her enjoyment:

"I am mourning over the approaching completion of a very long piece of woolwork which is to bring in a good deal of dollars for my abolitionist friends in America at their next fair." Letter to Elizabeth Barrett Browning

From a remembrance in her biography edited by Maria Weston Chapman. 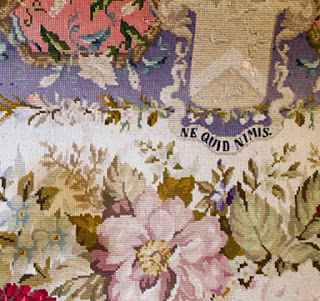 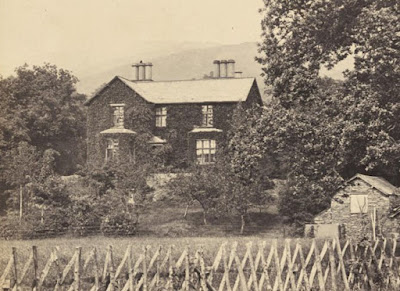 Harriet's pen earned her this home The Knoll in Ambleside
in the Lake District.
Despite Harriet's prodigious output and the esteem her work inspired I haven't found a surviving piece attributed to her hand. 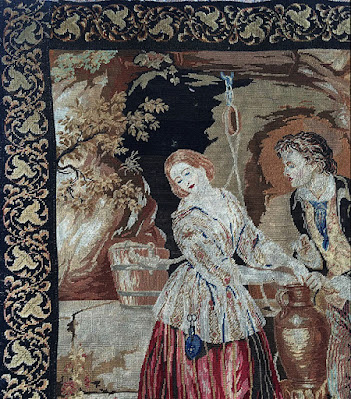 Apparently abolitionists who traveled to and from between England and America often carried work aimed for the fair tables.  Antislavery editor William Lloyd Garrison was a courier who took one of Harriet's pieces to Boston.

Michael Sims in the New York Times Book Review recently wrote about an 1838 meeting between Charles Darwin and Harriet Martineau. He tells us that Charles's brother Erasmus Darwin "was a close friend of Martineau’s — if not more." The young Charles, while impressed by Harriet, continued to believe women could never be the intellectual equal of men. Read "Darwin and the Second Sex" here: