Endless Stairs---A Quilt for Our Times 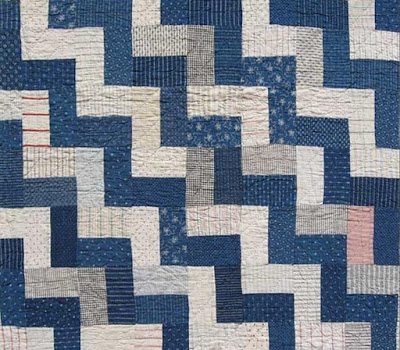 Endless Stairs, quilt from about 1900
A simple pattern to consider some complex philosophies of the past. 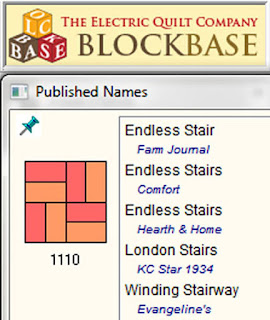 We are living through difficult times as people try to understand prejudices of the past---prejudices freely expressed by historical figures we respect. We also have to face the history of economic systems that made that bigotry systemic. Of course, none is more controversial, disturbing and contemporary as the question of  how to view the American history of slavery.
People unfamiliar with history tend to paint any historic figure with any involvement in slavery with the same brush. Slavery is bad; therefore Ulysses S. Grant whose wife inherited slaves is bad. This generalization is overkill. Contempt should be reserved for people who advocated slavery so strongly they defended it with incendiary rhetoric and were willing to go to war over it, for example John Calhoun, Jefferson Davis, James Henry Hammond and Robert Barnwell Rhett. 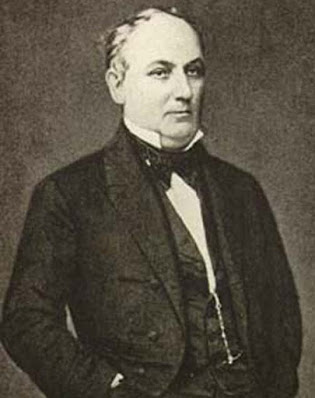 "Slavery [is] the greatest of all the great blessings which a kind Providence has bestowed upon our glorious region… As a class, I say it boldly; there is not a happier, more contented race upon the face of the earth." James Henry Hammond, 1836 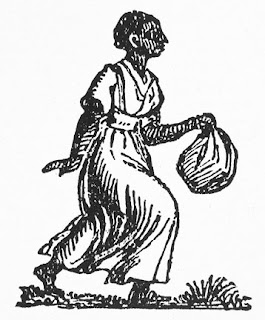 It is also difficult for us to imagine a person living in slavery and not rebelling but our perspective ignores the extremely important Christian concepts that directed life in Western cultures for centuries.

“[Our] foundations are laid, its cornerstone rests, upon the great truth that the negro is not equal to the white man; that slavery, subordination to the superior race is his natural and normal condition.” Savannah Republican, March, 1861 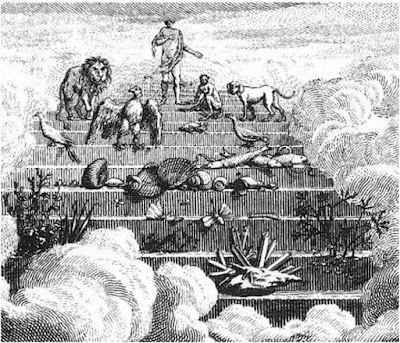 Scala Naturae by Charles Bonnet, 1781
Life was based on hierarchies. Before the Enlightenment, the age of Rational Thought and Revolution, Western people had consistent ways of thinking about society, people and their relations to each other. 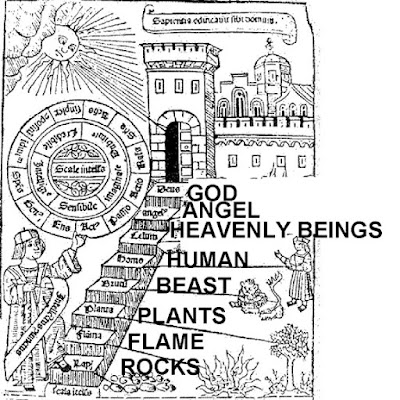 As in this ancient explanation of the social network.
God at the top, rocks at the bottom.
Kings inherited a divine right to rule; the rest of creation was born into an endless stair of rank---the Great Chain of Being. Nobility lorded it over the gentry, gentry over the workman, the workman over his wife. Every creature fit into a social order. Lions headed the animal kingdom; dogs were higher on the scale than cats; brunettes more attractive than redheads, white Europeans closer to God than darker peoples. Christian theology made it easy to understand. 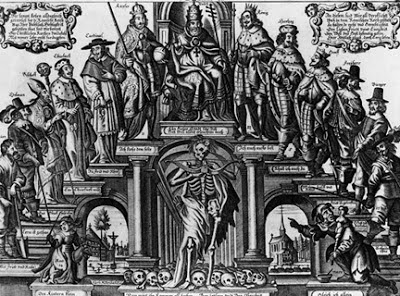 A German allegory of the medieval feudal order with its Endless Stairs
"Such duty as the subject owes the prince
Even such a woman oweth to her husband…"
Taming of the Shrew
Laws, custom and religion taught all their place and trained them to be content with their fate. Women easily accepted they were subservient and inferior to men. Slaves in every Western culture were beneath their masters. Questioning the system required a liberalism in thinking that was beyond most people.
It's all very unpleasant to consider but change does not occur without unpleasantness. One might want to ponder philosophies as one cuts rectangles and pieces an Endless Stair. 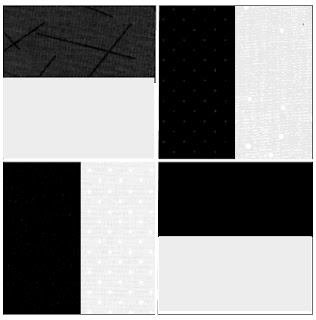 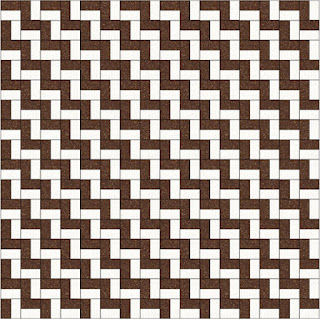 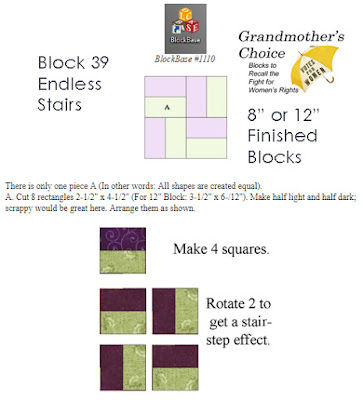 I first wrote about this in 2103 in the Grandmother's Choice Block of the Month, considering why women accepted their perch on a stair below men. It's even more relevant today.
http://grandmotherschoice.blogspot.com/2013/05/39-endless-stairs-rank-and-rights.html 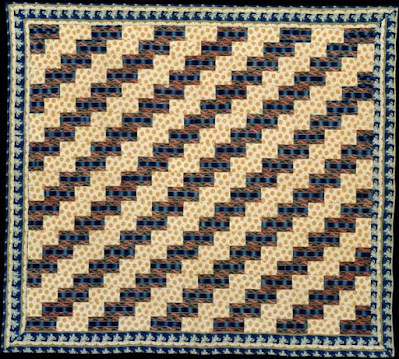 There are rocks in the desert called Rose of the Desert. They look like a rose and it’s made of rock. When we spend the winter in Quartzsite, Arizona, you can see people walking with their heads down looking at the Quartz that is all over the desert there. Last winter a husband found a desert rose and his wife had it mounted. I looked but could never find one. The town of Quartzsite fills up to thousands of RVs in January when they have a huge week long tent city where people go to see what we can buy for our rvs. Thanks for the info on the rose.