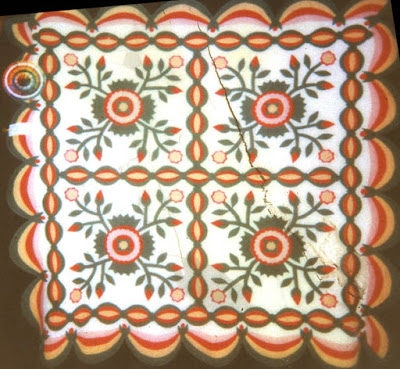 This variation of the very popular 19th-century pattern Whig Rose or Democrat Rose was made in 1933, according to the woman who brought it in for documentation by the Arizona Project. Mamye Allen Steen (1906-1993) remembered the family story that her mother Willie Bridges Allen copied the design from an old quilt her mother had made before the Civil War. 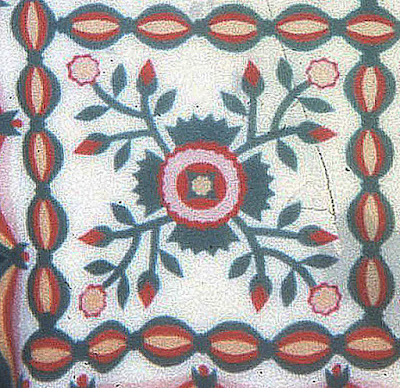 Mayme Allen Steen's grandmother was Lorenda (Lorinda) Chandler Bridges (1840-) from Simpson County, Mississippi, who was in her twenties, unmarried during the war, living with her parents Probate Judge William Chandler and Martha Powell Chandler. The Chandlers were prosperous before the war; the 1860 slave scheduled lists 22 enslaved people for William B. Chandler, more than most farmers in the county. 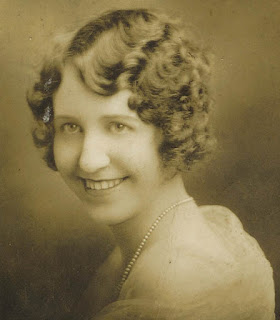 Mayme about the time her mother made the copy.
Portraits are from their Find-a-Grave sites

Mayme told the project that her mother's quilt "was copied from a quilt made by her mother, Lorenda  Chandler Bridges, which was confiscated by Union troops during the Civil War. The quilt was later returned to her as a favor by the Union officer."

We find no pictures of  the original quilt so we don't know how accurate Willie's copy was. Did the original have a scalloped edge?

And how accurate was the family story? The people of Simpson County, Mississippi, were victims of Union raiders in 1863 and 1864; first Grierson's Raid, a diversion by Union troops to direct Confederate attention away from Grant's campaign to capture Vicksburg. 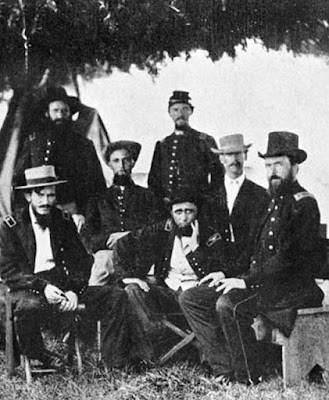 Grierson with his hand on his chin and his staff.

For over two weeks in April & May, 1863 Colonel Benjamin Grierson's 1700 soldiers created havoc with the property destruction Grant used to demoralize Confederate civilians, a "brilliant expedition," wrote Grant. The Chandler family and their quilt may have been in Grierson's path through central Mississippi. 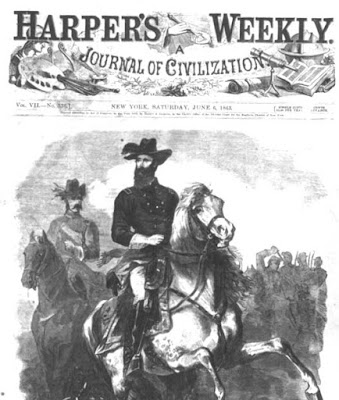 Grierson made the cover of Harper's in June, 1863.

After the war Lorenda married Private R. L. Bridges of  Company B, 16th Mississippi Regiment and moved to Limestone, Texas where they were recorded in the 1870 census with Willie aged 2 and her older sister Beulah. Soon after Lorenda died and Bridges took his daughters back to the small community of  Pinola, Mississippi. 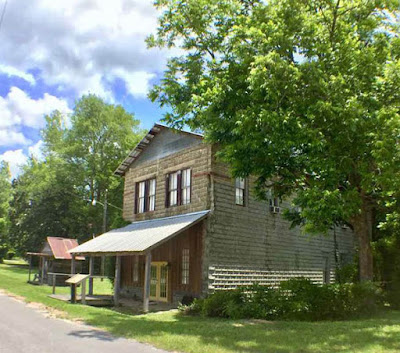 Husband (Robert?) remarried and he died in 1913 about the time the hotel in Pinola was built. 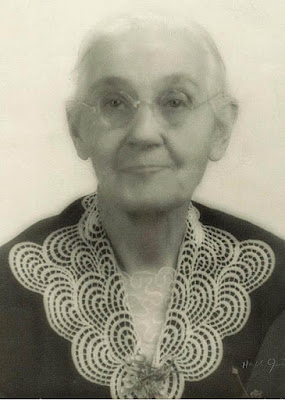 Willie Bridges married Thomas Wiley Allen (1862-1918). In 1935 Willie and Mayme told the Jackson Clarion Ledger about the lost and found quilt. Mrs. L.T. Steen, Mayme, did not mention the copy so it may be that her mother made it after the newspaper article.

The article goes into more detail about how the quilts was stolen and returned. In February, 1864 (The date indicates the quilt may have been taken during Sherman's Meridian Campaign across Mississippi) the Chandlers were told that "The Yankees Were Coming." A company camped near them took the quilt and much else. The next day their Captain had the effrontery to ask for a "good old fashioned Southern dinner," and the women complied. Seventeen-year-old Lorenda complained during the meal about losing her quilt. He sent the quilt back that afternoon.

The quilt was lost and found twice. Lorenda took the quilt to Texas and when her widowed husband returned he shipped it to New Orleans but the trunk was misdirected and did not arrive back in Mississippi until a year and a half had passed. The quilt was yellowed when they saw it again.

Telling that story to the reporter might have inspired Willie to make the copy that her daughter carried to Arizona when she moved to Tucson.

Sweet story. The article says her quilt is a copy, but the original is still in the family. Older sister had it?
Thanks for your blog, as always.