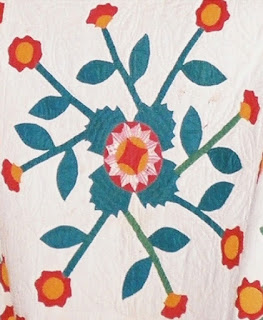 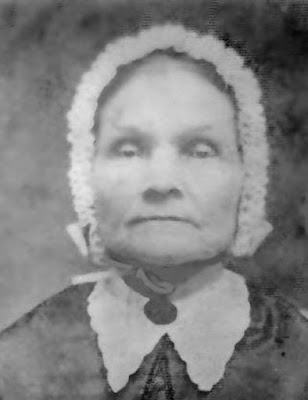 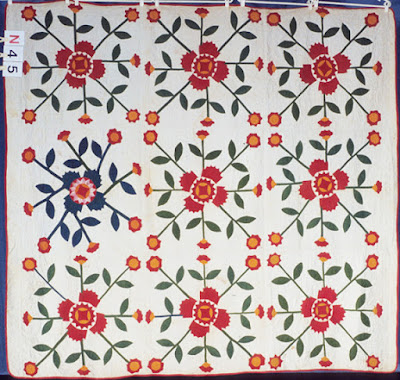 The Iowa project recorded this quilt in 1988, noting an inked message in the border:

The family later donated it to the Rogers, Arkansas museum. Temperance Miller Van Winkle lived in War Eagle, near Rogers. 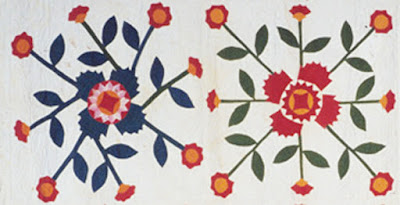 The nine-block quilt has one odd block with different fabrics and a different rotation in the arms. This may have been the quiltmaker's pattern block from which she copied the other eight. Who was that quiltmaker? Our first question has to be: How old is the quilt?

The inked message was added long after the quilt was made. It traces the assumed ownership from
Grandma Miller (Mary Roberts Miller -1799-1880) to her daughter Temperance Miller Van Winkle (1825-1902) to her daughter Grand(ma) Steele (Mary Van Winkle Steele 1841-1922). 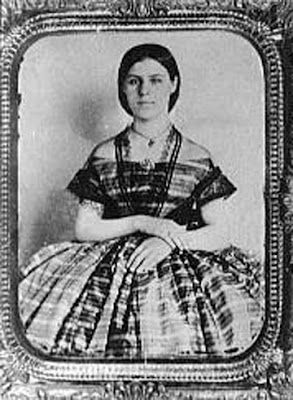 Mary Van Winkle Steele in her early twenties during the Civil War
Most of the period photos here are from the Shiloh Museum of Ozark History
with extensive information on the Van Winkles.

The inked message was added when the younger Mary was someone's Grandmother---long after 1858. That 1858 date of origin doesn't seem likely. The applique has none of the grace one would expect to see in those first decades of the art. The casual design is more typical of the years 1880-1920.  Mary Roberts Miller died in Arkansas in 1880 so it is possible she made it towards the end of her life. Her daughter Temperance or granddaughter Mary Steele may also have been the maker as both lived into the twentieth century. 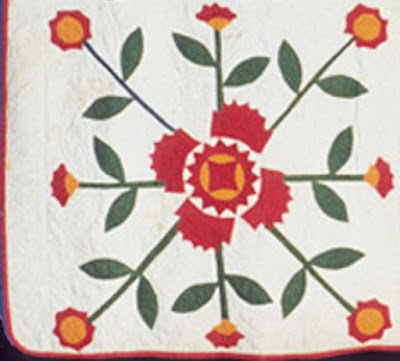 Whig Rose
[A family with a son & brother named Andrew Jackson Miller would
not have called this pattern a Whig Rose. Democrat Rose
might be a better name for the Southern quilt.]

We shall assume the quilt is post Civil-War, probably from about 1900. The odd block may have been Mary Roberts Miller's handwork but the others, done with less skill, seem end of the century. The family is well-documented in their Find-A-Grave files, by their descendants and in local histories in Arkansas. But it is the men who get the attention. We can look at the women's lives during the Civil War, a harrowing experience that all three lived through. We'll begin with Mary Roberts Miller. 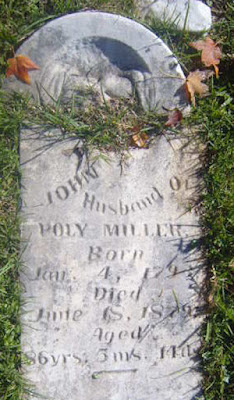 The eldest Mary Miller known as Poly (Polly) was born in Fayette County, Kentucky in 1799 and moved to Indiana with her parents where at about 15 she married John B. Miller in Gibson County during the War of 1812. John Miller had been a private during the war in the Indiana Territorial Mounted Volunteer Rangers and also fought in the frontier Black Hawk War.

The Millers were members of the Providence Church there, a Primitive Baptist denomination with several members who migrated to Fulton County, Illinois "to claim War of 1812 bounty lands," according to a church history. Family history also says John worked in the lead mines near Galena, Illinois.

In 1833 John, Polly and the eldest eight of their 13 children went to Arkansas. The ninth child Andrew Jackson Miller was born in Fayetteville, Washington County, Arkansas in 1836. 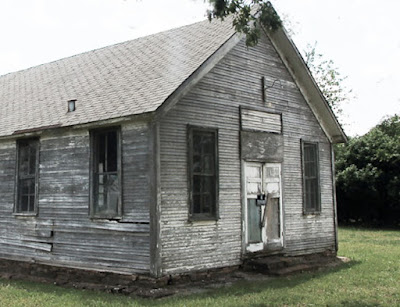 Church leader Stephen A. Strickland seems to have directed a few of these moves from Kentucky to Arkansas. 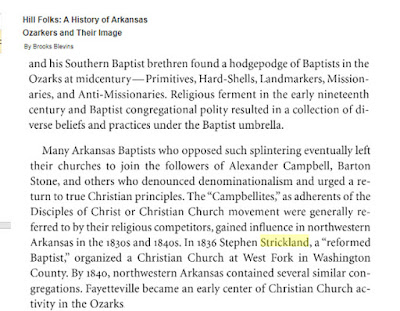 Ten years later the Millers moved on to Bastrop County, Texas where the 1850 census finds them. Polly and John returned to Arkansas in the '60s, leaving many of their grown children in Texas. They were not wealthy people. The 1870 census records John, a farmer with $300 worth of personal property. A pension as a War of 1812 soldier must have helped. 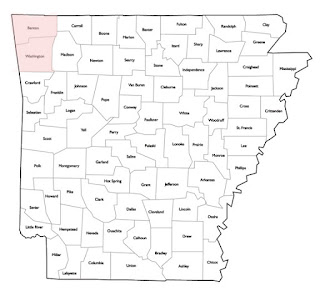 The family's Arkansas years were spent in the northwest corner of the state,
Missouri on the north, Indian Territory on the west. 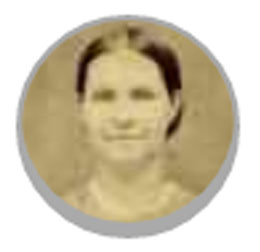 Daughter Tempy was back in Arkansas in 1840 where she married New Yorker Peter Marselis Van Winkle when she was about 15. His first wife had died in Fulton County, Illinois and it may be that she knew this 26-year-old widower through the church in Illinois. Her daughter, the younger Mary in our story, was born in 1841 on their farm outside Fayetteville. 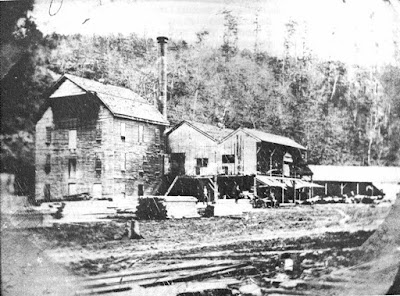 Van Winkle's War Eagle Mill in Benton County towards the end of the 19th century.
The area was known as Van Winkle Hollow.

Peter Van Winkle was an engineer, a blacksmith and an entrepreneur, inventing improved wagons and plows and operating a ferry across the White River. In 1851 he built a sawmill in Benton County and in 1858 a second lumber mill in War Eagle, hiring an engineer to apply steam power. 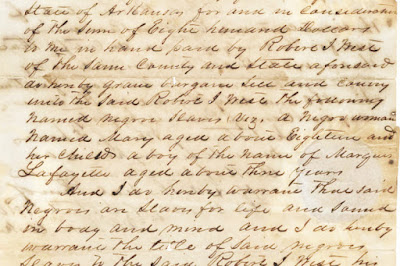 1850 bill of sale from Peter Van Winkle for a "Negro woman named Mary
aged about eighteen and her child a boy of the name of Marquis Lafayette
aged about three years." Missouri Digital Heritage Collection 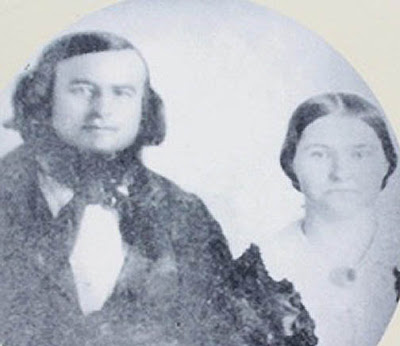 Peter & Tempy Van Winkle before the war.
Tempy was more affluent than her parents.
She may indeed be the seamstress for the
appliqued quilt, stitched before her
death in 1902.

An interesting mystery. I look forward to next week!

The family resemblance from generation to generation is evident—the women’s eyes.