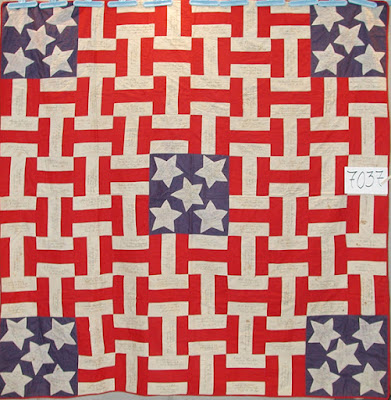 Civil War Memorial Quilt from the Quilt Index
and the Massachusetts project. 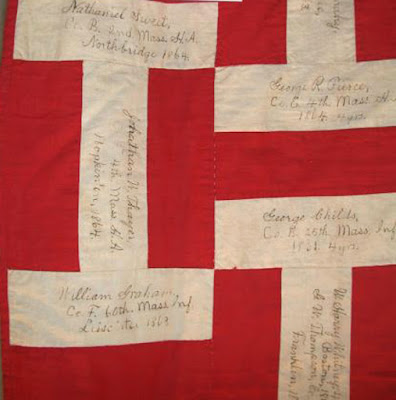 Each of the white strips and the stars are inscribed with the
name of a Massachusetts soldier, his company and the date he enlisted. 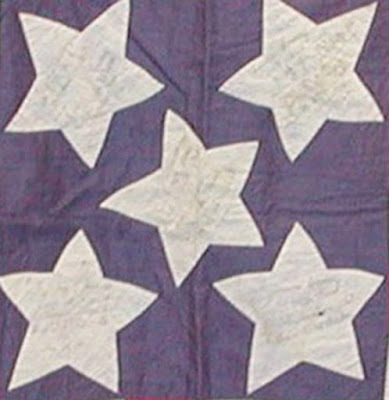 The documenters saw many dates and thought the quilt to have been made during the war or in 1870.
There's no information about who inscribed all those names in the same handwriting. Thirty years ago they thought the quilt, which was a gift to the mother of the owner, was made in Hopkinton, Massachusetts. 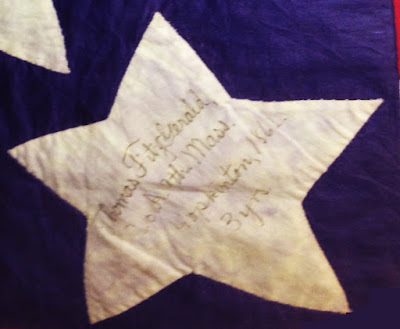 Some inscriptions include the number of years the soldier served.

Style---bold red, white & blue solids in a fence rail with names---doesn't seem to fit 1860s or 1870 characteristics. It looks more 1890's when these memorial quilts "in the national colors" were quite the thing. 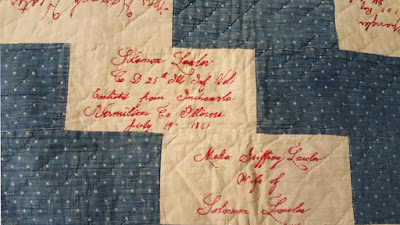 The Massachusetts memorial was recorded again when Faith in Biddeford Pool, Maine was shown the same quilt by a friend down at the post office. She took more pictures with some more names.
https://quiltingonthecove.com/2013/01/ 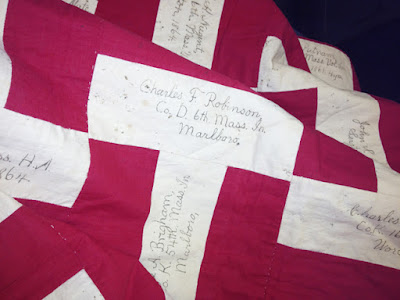 With all these names I could follow up on the soldiers. 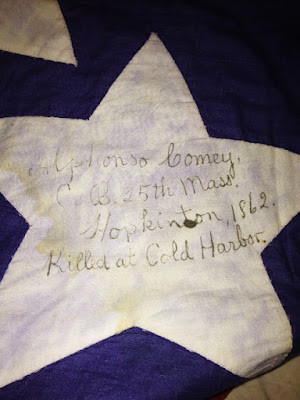 I found many of the soldiers. 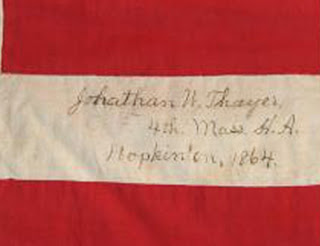 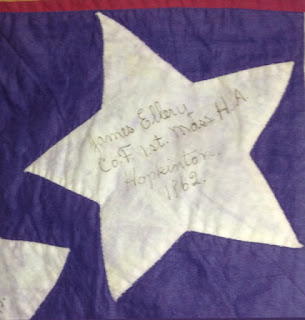 All in the same source 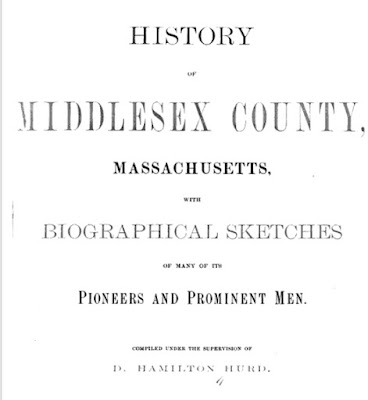 A History of Middlesex County published in 1890. 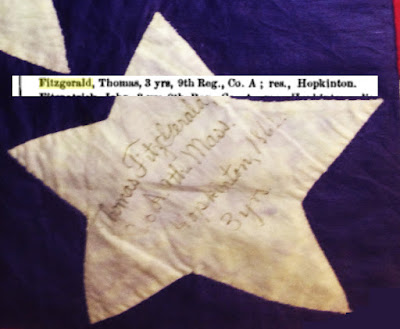 I wonder if the quiltmaker did not go through this book and record names and service records. Some of the wording as in Alphonso Comey's is so similar.

The quilt was probably made after 1890 when the book was published, a date that reflects the national interest in Civil War memory quilts, name quilts and the red, white & blue style.

See the files at the Quilt Index here:
http://www.quiltindex.org/fulldisplay.php?kid=1D-FC-1AD0 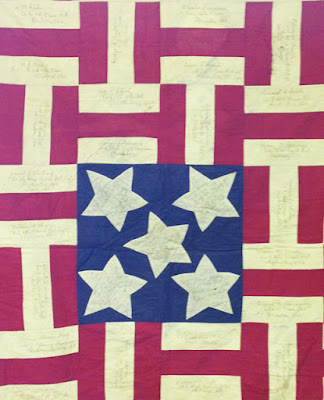 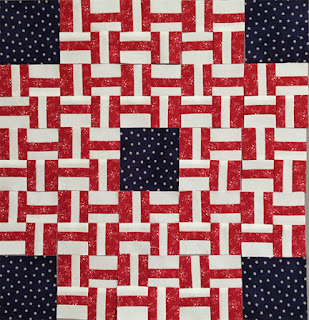 UPDATE:
Before the week was out Kathie Holland had these blocks on her design wall.

I love this quilt! Always a fan of RWB and this one is extra nice. Thanks!

Barbara, I remember the day this quilt came in for documentation! I have looked up the original documentation paperwork and find it differs a little from what was posted. The suggested date was c. 1870. In the comments about the inscriptions our documenter noted: "Civil War related-names, hometowns,companies, date enlisted" I would note that our documentation was nearly two years after the blog post that you shared. I'm happy to know about the book and it makes perfect sense that may be the source of the inscription information and the date is most probably after the publication.

Always a fan of RWB and this one is extra nice. Thanks!