Grapevine in the Wilderness 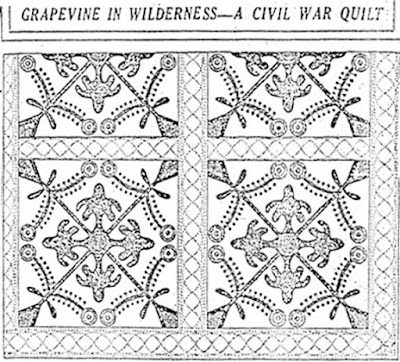 Capper's Weekly, a Topeka, Kansas periodical, published this pattern in the 1930s. Women's features editor Louise Fowler Roote wrote that the antique quilt "was cut and sewn and quilted by a mother for her son who was serving as a federal soldier in the Union army. Mother and soldier son lived in the Hoosier state, Indiana. There the quilt was made more than 70 years ago. There it was first used, later coming to Kansas, where it was passed into the third generation."

In the thirties, as the generation who'd lived through the Civil War aged, there were many quilt stories told in soldiers' memories. 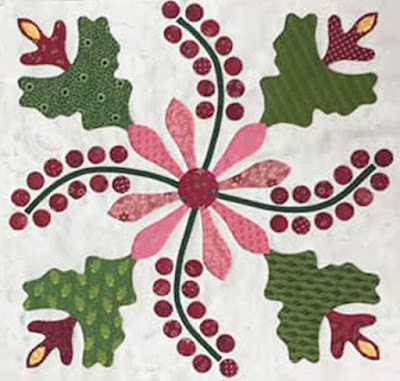 The picture above I scanned from a pattern drawn for a class I taught in Civil War quilts years ago. I doubt anyone ever made the Capper's design with all its grapes, but it's a pretty design, related to the Cockscombs & Currants block #4 in our Hospital Sketches BOM this year. 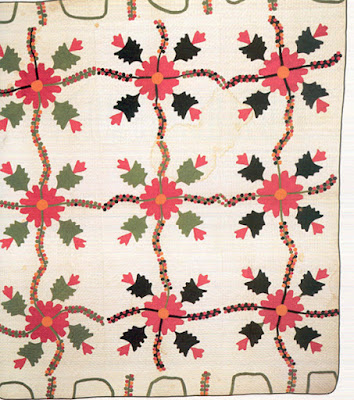 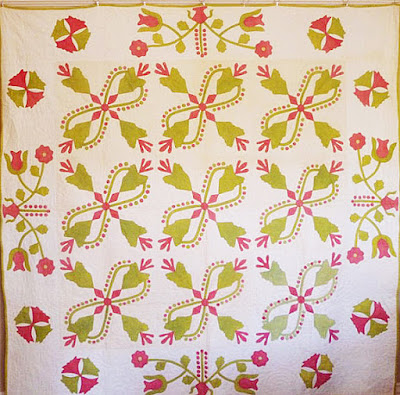 Capper's Weekly's needlework column appeared under the fictional name of Kate Marchbanks.
Patterns were collected in booklets and sold by Famous Features syndicate. But not Grapevine in Wilderness. 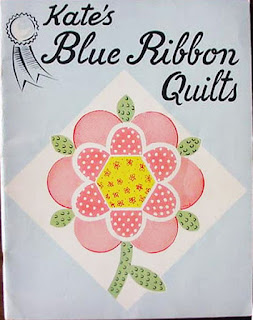 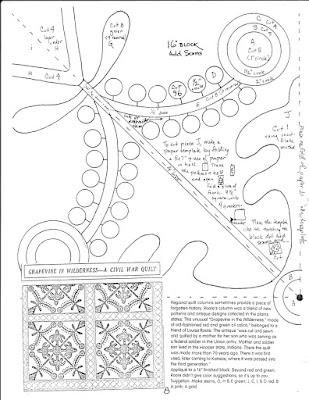 Wait a minute, there's a corner missing. Let me see of I can find the other page.

I love Janet Olmstead's Block #4. but the dots (grapes) would make me stop and think serious about trying it. Very interesting. Sometimes you need to venture outside your comfort zone.

Who doesn't like dots?? Janet's block is stunning as always.