Calico Lining in a Confederate Hat 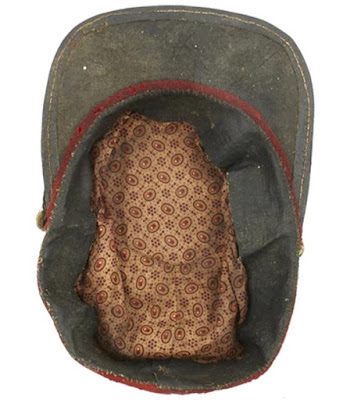 Here's a cool item. A Confederate cap, called a Kepi.
Wool on the outside 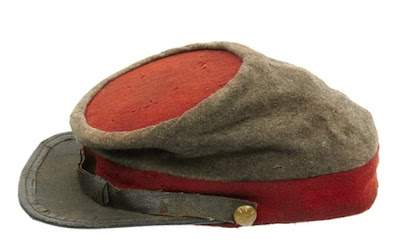 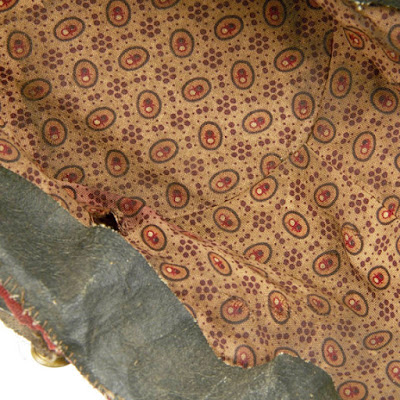 With a calico lining.

One could probably have a nice collection of hand-made kepi, but this one sold for about $8,000.

Here's what the seller said:

"Kepi...manufactured in the Richmond Virginia Depot. Similar examples can be found a museums across the world including the ...American Civil War Museum which has a similar example. ...constructed from grey and red Kersey wool. During the mid-war period the largest mill in Virginia was the Crenshaw Woollen Mill in Richmond, which made "all wool goods". Another mill was the Danville Manufacturing Co. in Danville, Virginia. This firm also supplied "thousands of yards of Kersey" throughout the war. By 1863 the caps produced by the Richmond Depot had colored bands and crowns. "

https://www.ima-usa.com/products/original-u-s-civil-war-confederate-richmond-virginia-depot-artillery-kepi?variant=18413234880581
Posted by Barbara Brackman at 6:00 AM

Who knew! Thanks for the knowledge.

Oh my I would love to have that calico!

did they all have calico liners or was that added for the comfort of certain men? That is a question to search out. Wool is not comfortable to everyone, it causes some to itch. Very interesting! Wonder where they got the calico, since... wasn't it woven up north?