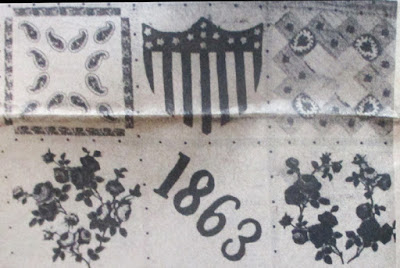 It would be great to see more of this 1863 album quilt
from Elizabeth, New Jersey 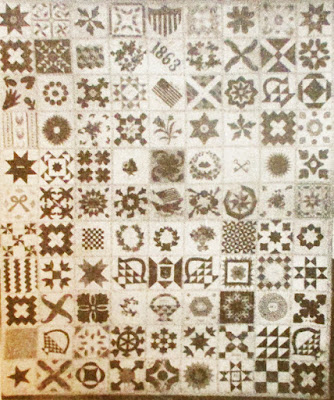 I've been sorting my paper files getting them in shape to send to the Quilt Research Collection at the University of Nebraska Libraries. I found this newsprint in my file of Civil War quilts, published in an article by Enola Gish in the small town newspaper, the Baldwin, Kansas Telegraphics in 1983. Enola met the Florida woman who owned it---she seems to have bought it at a garage sale. 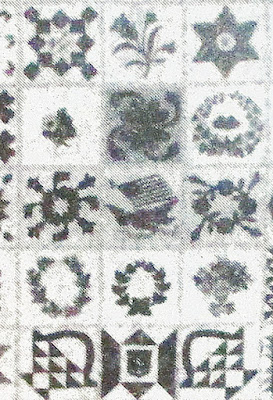 Three names were mentioned: C.M. and S.A. Butler who signed the pieced baskets and Mrs. Woodward who signed the striped fabric on the left side below the heart and hand block. 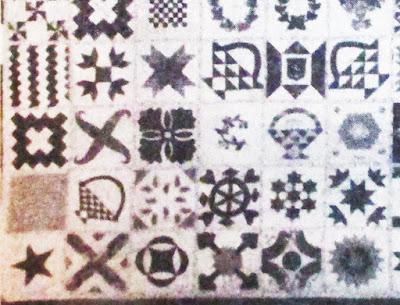 That's all I know about the 1863 quilt. Was it a Civil War patriotic quilt
or one that just happened to have been made in 1863? 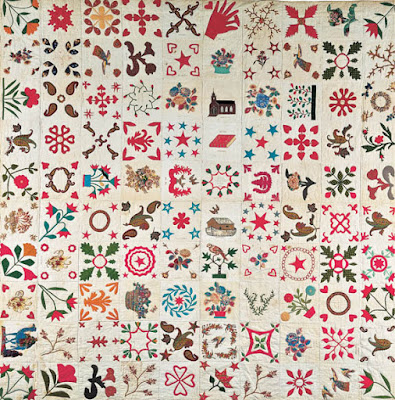 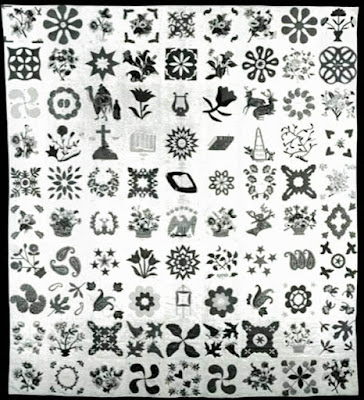 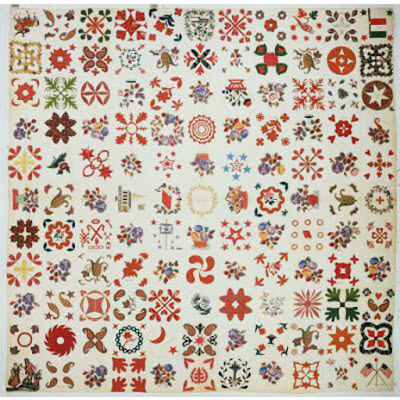 We might guess the quilt at the top of the page was made in the early 1850s in Elizabethtown
but that 1863 date leaves no doubt it was finished ten years later.

Love these album quilts from Elizabethtown, NJ. Thanks for posting!

Wow, they are all amazing

Welcome to Pacific Tour India
I Read your blog, it`s so informative:
Golden Triangle Tour of India which include Delhi, agra, Jaipur. Golden Triangle means which connects the capital city Delhi with Taj Mahal city {Agra} which is original love later with white marble and pink City {Jaipur} which is capital of Rajputana familys these three city are situated in Triangle Shape. The land distance b/w and driving hours are almost same, you can also visit most viewable historical monuments of INDIA which is situated in these 3 cities...
More Packages:-
Golden Triangle Tour 5 Days