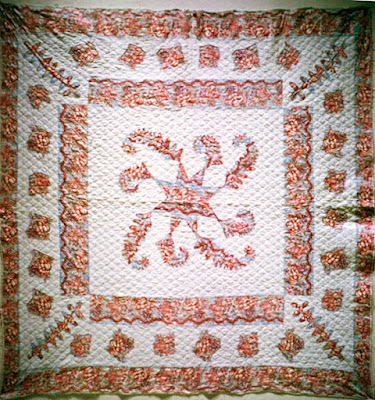 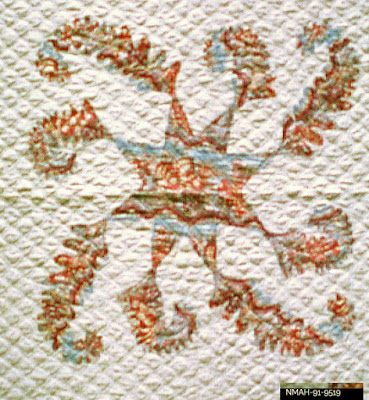 The photos are not too clear but we can see the pattern, a large
star/feather design we'd call a Princess Feather.

I  have a photo file of these early Princess Feathers. 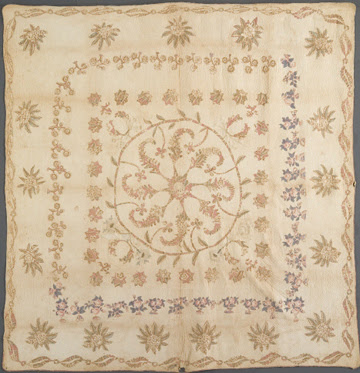 I'm the volunteer quilt curator at the Spencer Museum of Art at the University of Kansas and we have a well-worn example signed and dated "Mary Somerville, 1818". I was struck by how much the two quilts have in common, mainly cut-out chintz framing the central design of a star and feathers. 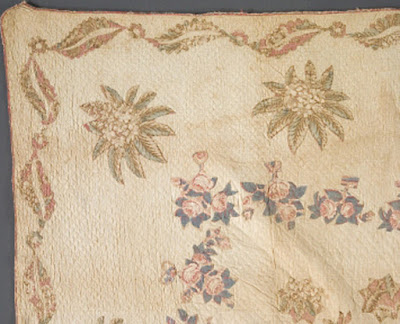 I've never been able to find Mary Somerville but the more I look at this file of early quilts
the more I think I should confine my search to the Southern states. 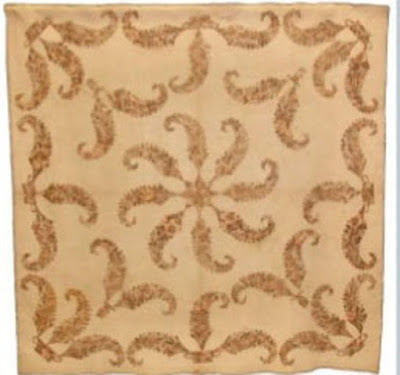 Here's one attributed to Tabitha Bynum at the May Museum
in Farmville, North Carolina 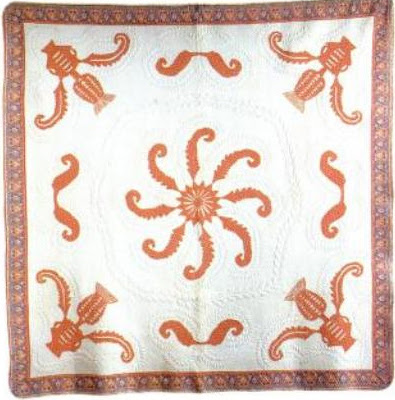 From the Museum of Early Southern Decorative Arts MESDA collection

The fabric in the Gardner quilt below looks like it's been cut from one or two furnishing scale prints,
one a basket of fruit with a large melon perhaps on top; the other (may be the same print)
has a serpentine red stripe. 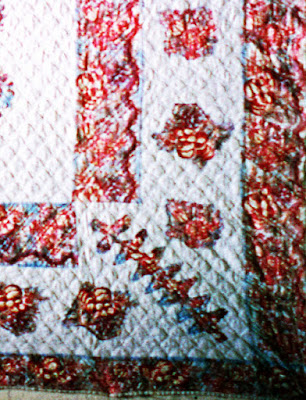 The printing style of red, blue and white was
quite the fashion in the early 19th century. 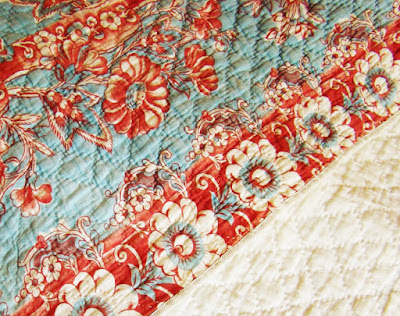 Related print style, generally dated from about 1810-1830, printed in England

The Gardner/Garner quilt has many interesting features. Most interesting is the trail of ownership from its making about 1830 down to Eva Alice Warren's 1970 gift to the Smithsonian. Eva Schenck Warren was a descendant of Flora Garner, born a slave on the Gardner plantation in Shelby, Cleveland County, North Carolina. Eva's family story is that Elizabeth Gardner, one of the former plantation owner's kin, willed her possessions to the freed people after the Civil War. Flora Garner received this family quilt and passed it down to Eva's mother Emma Lilly Schenck.

Flora may have been familiar with this Gardner/Webb house in Shelby, built in 1850 (layers of Greek Revivalism added later.) In 1850 Shelby the Cleveland County Seat was described as "just a wide place in the road, mostly woods and all frame buildings."

The Gardners and Garners are related to the powerful Gardner family of Shelby, North Carolina, chiefly remembered for Oliver Max Gardner (1882-1847), Governor from 1928 to 1933. 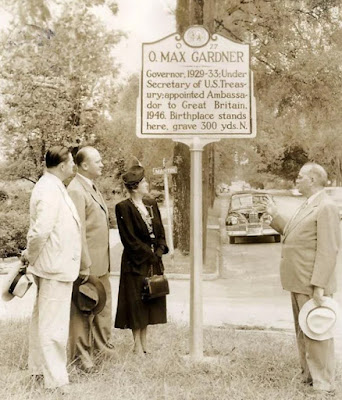 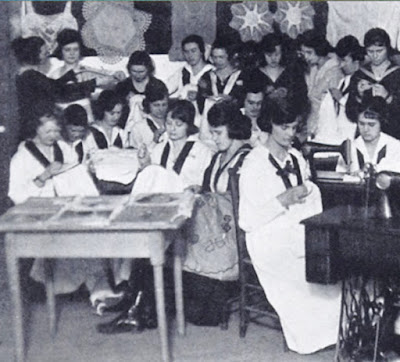 The Household Arts Department at the school that would become
Gardner-Webb University, about 1915.

Eva Warren wrote an autobiography in her 1973 book Watch What is Lacking in Negro Progress. This hard to find book (in several university libraries) might give us more information about the quilt and Eva's family.

Your researches are always so interesting to read. Thank you for taking the time to share them with us. ;^)

These quilts are just wonderful. This the first Princess Feather I've seen with long feathers alternating with short feathers, forming a sort of square instead of a circle.

So....I went looking for Mary Somerville.... and there were thousands..... so edited the search and the next group brought up mostly Southern states.... I only looked at a few dozen.... and one was Mulatto..... which I have never seen on a census..... Good Luck!!!!!

Using an online search for the book Watch What is Lacking in Negro Progress, it is found in several university libraries, as you said. One listing is for the Hathi Trust Digital library, but this book is not available online, due to copyright restrictions. However, you can do a search which will find the frequency of selected words within the book, to help yourself decide whether it is worth the effort to obtain the book. I searched on 'quilt' and the response was "Your search for quilt did not match any pages in this item." The word 'family' is found on seven different pages. So the book might be a worthwhile pursuit for other reasons, but would probably not provide any information about the quilt.

Sewsandquilts: And Susie Q ---thanks for doing the searches. I guess we are stuck for now.
Too many Mary Somervilles ---Mulatto was a rather common term, sometimes just M