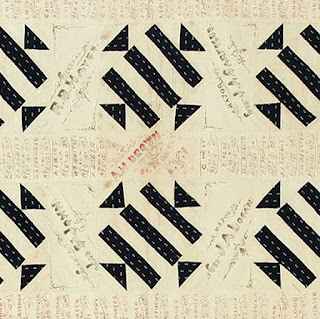 Quilt with the names of Presidents Rutherford B. Hayes and
James A. Garfield in the center,
both Ohio boys. 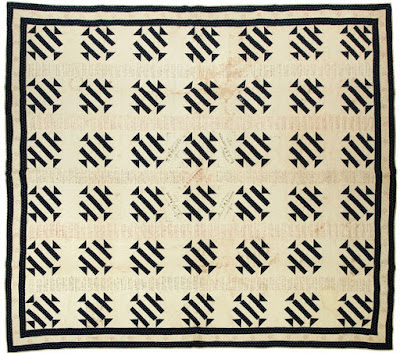 Dated 1884, made in Cardington, Ohio
Collection of the Ohio Historical Society 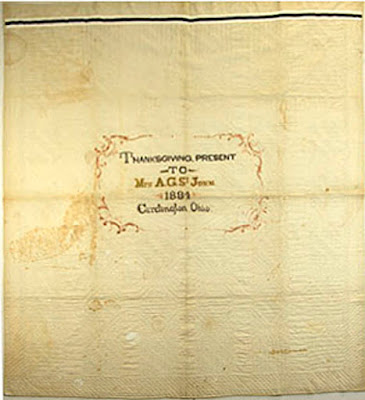 There is little doubt as to whom the quilt was made for.
On the reverse is a giant label:
"Thanksgiving Present
-To-
Mrs. A.G. St. John
1884
Cardington, Ohio." 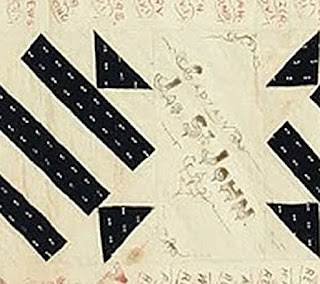 And on the front near the Presidents' names is inked
"Captain Jas. St John," Amanda St. John's son. 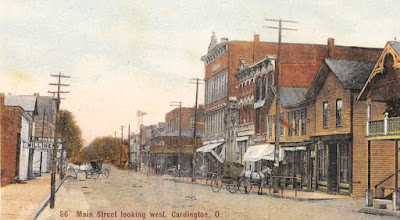 Main Street in Cardington, about 1900

This quilt was likely made by women of the G.A.R. ladies auxiliary in Cardington. G.A.R. posts were named for local soldiers who had died in the Civil War. 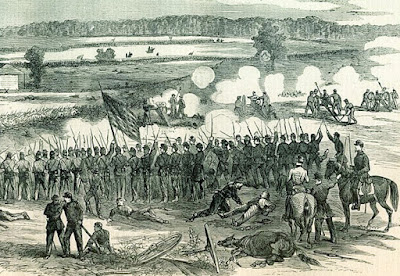 Battle of Perryville from Harper's Weekly

The Cardington post honored Captain James St. John of the 3rd Ohio Regulars who was killed October 8, 1862 at a particularly bloody battle in Perryville, Kentucky. St. John was about 25 years old, the son of Anson St. John and his second wife Sally A. Ink. This Sally A. may indeed by Amanda, as Amanda St. John received a mother's pension for James of $8 per month.

On October 15, 1883 Rebecca T. Bennett, President of the ladies' auxiliary wrote a letter to the editor of the National Tribune, the G.A.R. newspaper.


"We have a prosperous little band...a membership of about fifty and names still coming in...We are contemplating piecing an album quilt and all soldiers wishing their names, company and regiment put upon it to pay us ten cents a name. When completed, it will be put up at auction and sold to the highest bidder, the money to be placed in the relief fund."

This sounds very much like Amanda's quilt, although between the contemplation and completion the quilt's purpose changed and it was given as a gift.

The strips between the piecework may look like a print but
each is inked with names and regiments. 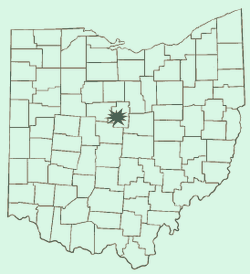 Cardington is near the center of Ohio

thank you for sharing this very interesting quilt.