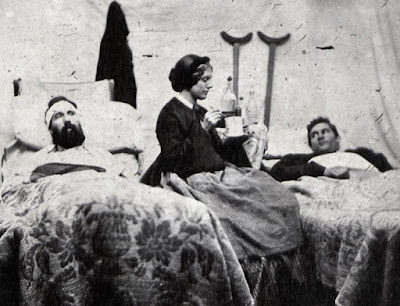 Anyone interested in women in the Civil War has seen this photograph,
which is usually labeled as a nurse feeding a patient. 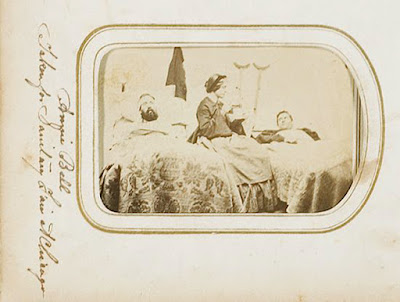 Lately, she has been identified as Annie Bell, matron
at a Nashville Union hospital in 1864. 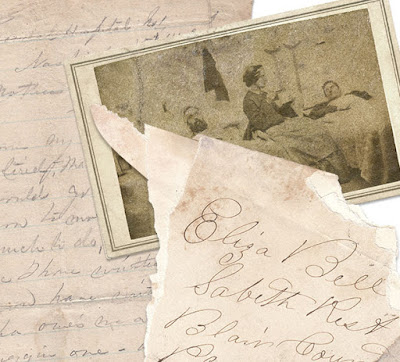 Collector Chris Foard specializes in items connected to Civil War nurses. A nurse himself, he's written about finding the above letter with the CDV photo in a packet of ephemera and letters.

The letter is from Annie Bell to her mother dated February 15, 1864.

"I send you a picture, one of the persons you will perhaps recognize. Two weeks ago, some of the Sanitary Commission people came to see me & asked that I would allow an artist to take a hospital scene, that they wanted such a one to sell at the fair at Cleavland.... I consented—and now there is quite a rage for the picture, Mrs Harris declares she must have some to sell in Phila, & Huntingdon, but I said they must not go any where where I am known. It makes me laugh to think of becoming saleable—and folk’s making money out of me."

Foard's find explains the circumstances behind this photo and probably several similar pictures of hospitals and soldiers. The Sanitary Commission sent photographers, duplicated the carte-de-visites and sold them at the various Sanitary Fairs in 1864. Bell mentioned the Cleveland event, the Northern Ohio Sanitary Fair from February 22nd through March 10th. The inscription above indicates the photographs were also sold in Chicago at the Great North Western Sanitary Fair and as Bell mentions perhaps Philadelphia's Great Central Fair. The "Huntingdon" reference....? 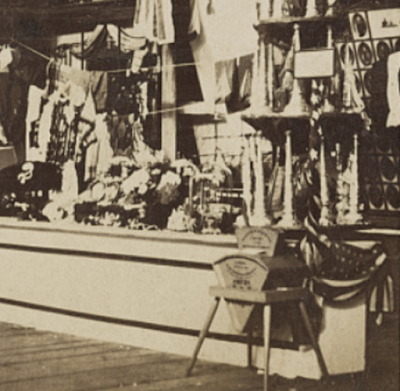 CDVs were a popular item at Sanitary fairs, including photographs of Union Generals
and General Grant's daughter Nellie as "The Old Lady Who Lived in a Shoe." 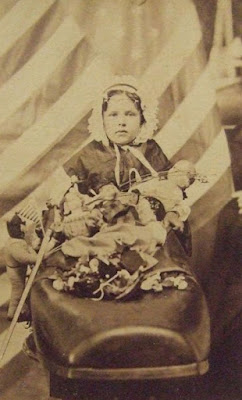 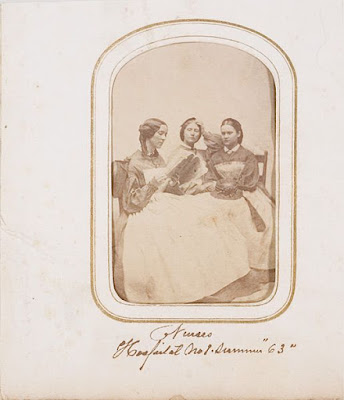 Three nurses.
"Hospital at No 9, Summer '63'"
Note the handwriting is the same as
on Bell's photo above.
The woman in the center looks like Anne Bell, same hair,
same dress.
Same day? 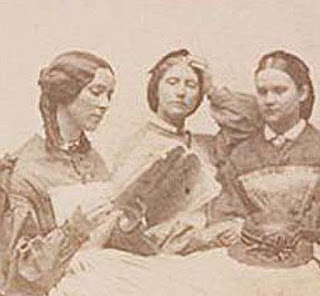 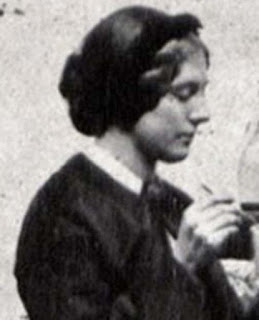 Our plans for next year's BOM include a focus on hospital workers (I was going to say nurses) but hospital workers better describes the role of women in Civil War hospitals. Annie Bell will definitely be one of the characters in the series.

That will be an interesting story line. It is always fun to read your blogs.

I sure look forward to the hospital and nurses stories. I plan to add more blocks from other civil war stories, past, present, and future. You are my favorite lady for block of the months!!

Yes, good idea. They were dedicated and compassionate helping wounded soldiers.
There was a certain romance and attraction that went with that.

Huntingdon is a nearby town and county to Annie's Bellwood. Perhaps her father's foundry made her familiar there.

I have many letters written by Amy bills to and her husband Dr. George stubs and his family I found these things in a box of ephemera in Maine along with newspaper articles talking about Lincoln being reelected

Veronique---would love to see those letters of Amy Bell Stubbs. Can you email at Materialcult@gmail.com ?