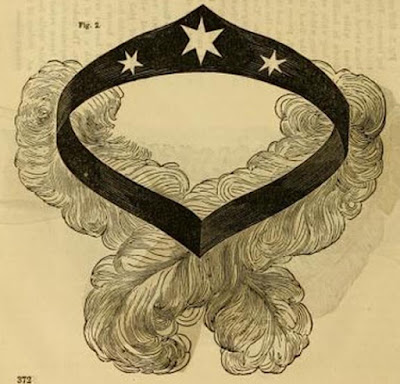 A headdress shown in Godey's Lady's Book in 1861 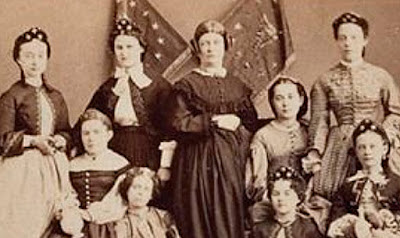 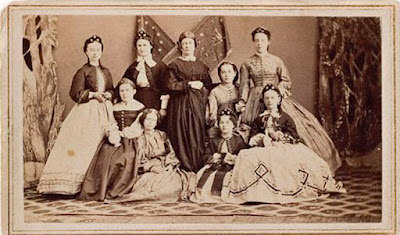 These women were photographed at the Albany Relief Bazaar, a fundraiser in early 1864. A penciled notation indicates they were members of an Irish Social History organization. Behind them are a pair of battle flags from the Irish Brigade. The CDV photo is by S. J. Thompson & Co. Albany 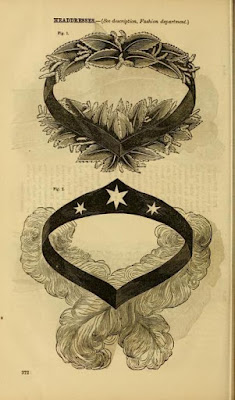 The page from Godey's.
No feathers in Albany. 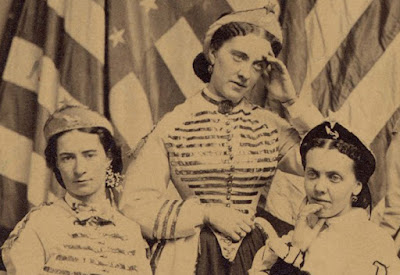 But lots of these patriotic caps. 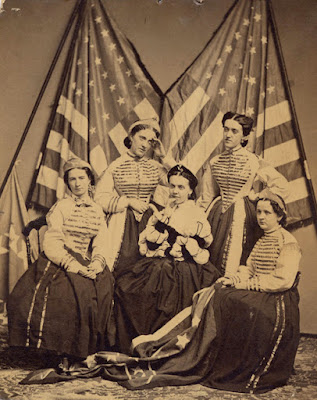 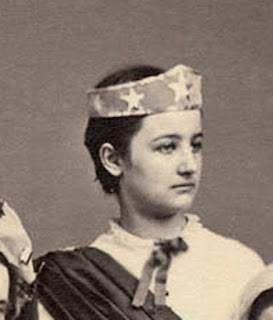 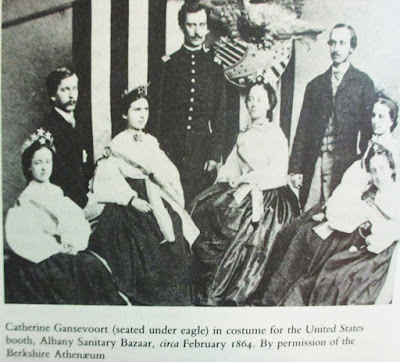 The United States Booth with attendants in costume of white shirtwaists, banners and headdresses. 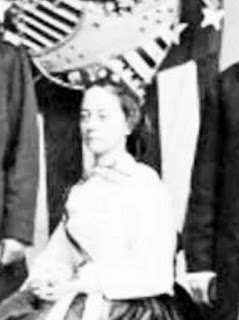 Among the organizers of the Albany Fair was Kate Gansevoort, daughter of a wealthy Albany politician. She invited her cousin Herman Melville to visit the Fair and he did. He was enough of a celebrity that several Sanitary Fair committees asked for his autograph to be raffled.

As at other Sanitary Commission fundraising fairs Albany had a quilting frame set up. The Holland Booth celebrated Dutch families of the early settlers.

"The ladies ...revive the glorious old customs of the past, by offering the visitor a pipe, and inviting him to sit down at a quilting, where the material is stitched on a frame, which is supported on the tops of chairs, and surrounded by a merry group of quiltcrs, plying the needle and chatting as of old.... 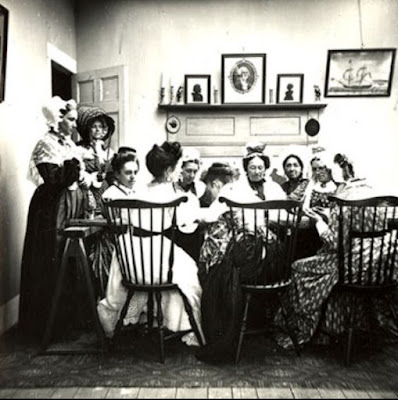 I think these women are demonstrating the lost art at New York City's
Metropolitan Fair.

It's amusing to see how nostalgic people could get over quilting in 1864.