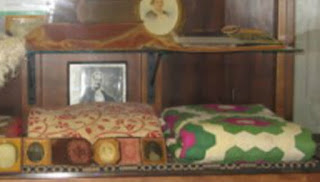 Green and red hexagon quilt on display at the Midway Museum
in Liberty County, Georgia. On the left another quilt (?)
in front of a photo of Mary Jones Jones.

Mary Jones Mallard recalled life in the main house on Maybank plantation before the Civil War:

"We used to gather round the hearth---Father reading aloud, Mother knitting or sewing. ....Brother Joe with his paint box ....and I think I used to make mittens or sew my hexagon quilt."

Perhaps the quilt above. 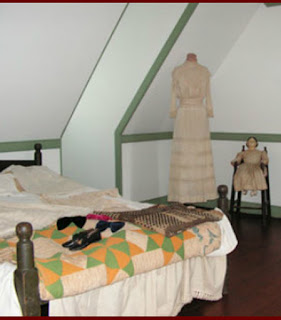 Quilt at the Midway Museum
http://www.themidwaymuseum.org/history.html


Midway is south of Savannah, Georgia, along the Atlantic coast. 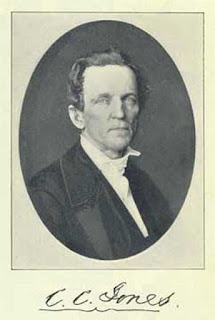 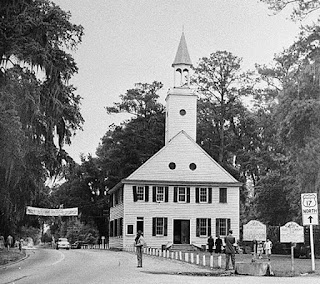 Midway in the 1950s.
Charles Colcock Jones was minister
at the Old Midway Church before the Civil War. 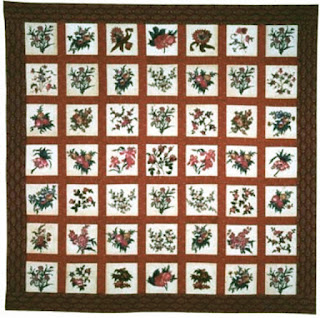 Chintz quilt made by members of the Jones family at
Montevideo plantation in Liberty County, Georgia, about 1855.
92" x 91".
Collection: Kenan Research Center at the
Atlanta History Center

The high-style chintz quilt above is also attributed to Mary Jones's family. 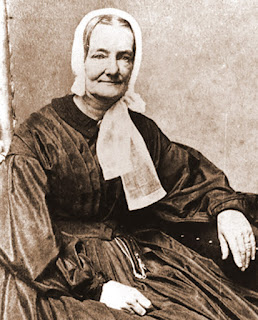 Mary Jones Jones (1809-1869) often mentioned quilts in her letters. In 1862 she referred to a chintz spread on her bed. In 1850 Mary informed her sons that their aunt, although feeble "quilted her laid-work [applique] quilt at Mrs. Winn's." In 1852 Mary wrote niece Laura that she was in Philadelphia, shopping for chintz: "I will try to find the birds and butterflies for [Betsy's] quilt." 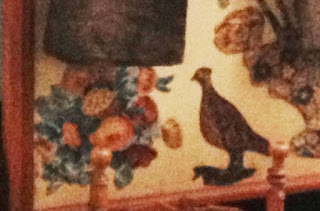 At the Midway Museum: A chintz quilt in a frame???? 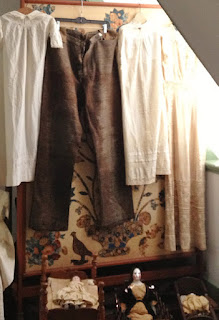 From a snapshot of a bedroom from the web.

After the war in November, 1865, Mary wrote her daughter to see if she'd left her knitting when she visited. "If when Robert comes down he would bring my quilt patches and scraps from my trunk."

In 1861 Mary Jones Jones sent a quilt to her young granddaughter Mary Jones Mallard: "Tell my dear little granddaughter Grandma sends a little quilt for her bed...perhaps you could make Lucy quilt it."

That Lucy was a slave is obvious. One might ask someone to quilt a bedcover---or make someone quilt it. 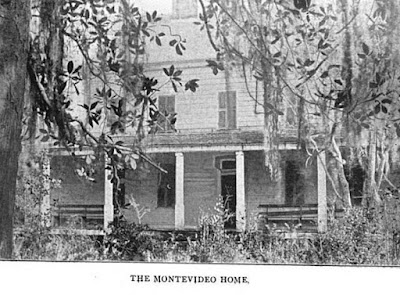 Photograph of Montevideo Plantation, end of the 19th century
from Robert Quarterman Mallard's book
Montevideo-Maybank, Some Memoirs of his Sunny Childhood.

Montevideo was in the low country where malaria was endemic. People of African heritage had a genetic resistance to the mosquito-borne disease. Plantation owners fled to homes in higher ground in the summer, one reason the Jones lived at both Montevideo and Maybank. 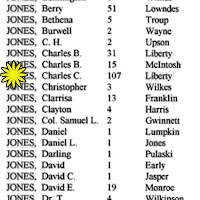 1850 Census of Georgia Slave Owners
showing the Charles C. Jones family of Liberty County
as one of the state's largest slave-holding families with 107 people
at their various plantations. 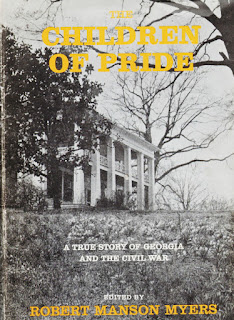 The Children of Pride by Robert Manson Myers,
letters and papers of the Jones family,
is the source for several of these quotes. 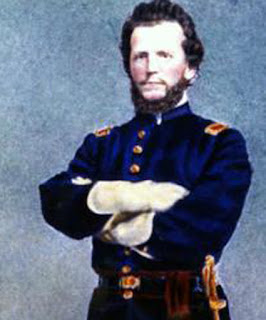 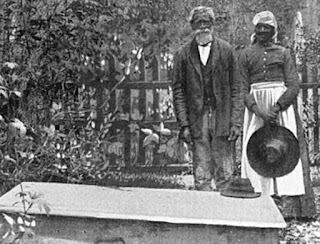 In his memoir Mary Jones's son-in-law Robert Quarterman Mallard pictured former slaves posing by the elder Charles Jones's grave at Midway Cemetery. He did not identify them. 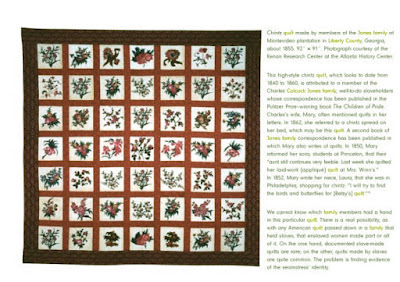 I included a photo of the Jones quilt at the Atlanta History Center
in my book Facts & Fabrications: Unraveling the History of Quilts and Slavery.
Can we classify it as a slave-made quilt?

The Jones plantation quilts are examples of the problems in considering whether a quilt was stitched by enslaved seamstresses.

"We cannot know which family members had a hand in any particular quilt. There is a real possibility, as with any American quilt passed down in a family that held slaves, that enslaved women made part or all of it. On one hand, documented slave-made quilts are rare; on the other quilts made by slaves are quite common. The problem is finding evidence of the seamstress's identity."

Many books about the Jones family of Liberty County have been published. Here are three with an overview of their Civil War era letters and diaries.

The Children of Pride by Robert Manson Myers, 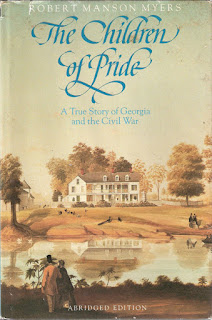 There are two versions of The Children of Pride, the latest "a compact, illustrated volume for new readers and for all those who so greatly admired the original monumental edition." The older 1972 book (1800 pages) won the National Book Award (not the Pulitzer Prize as I mistakenly wrote in Facts & Fabrications.) 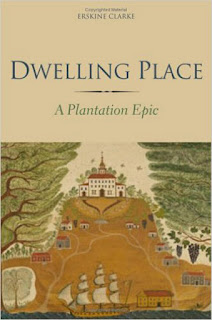 Erskine Clarke's Dwelling Place: A Plantation Epic was published in 2005.

Read about Charles Colcock Jones's 19th-century publications at this link:
http://www.georgiaencyclopedia.org/articles/history-archaeology/charles-c-jones-jr-1831-1893
Posted by Barbara Brackman at 6:00 AM

I love to visit your blog and get the most wonderful information. Thank you, Hugs, LJ

You all may laugh at me but I think that some of these pictures actually have folks smiling in them. Pictures of this era rarely seem to have smiling people. The picture of Mary Jones and the picture of the slaves.

Interesting! that title, 'Children of Pride' says a lot doesn't it?

Are there any photos you know about of furniture that was in the home there? I'm a descendant of the Jones family and might have a piece or two from there, but I'm not sure.
Thank you!