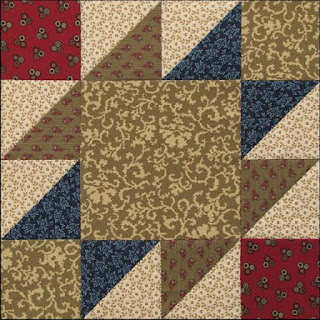 St Joseph, Missouri, was another boom town that supplied western travelers with wagons, oxen and food for the trip across the continent, another of what were called  "Jumping Off Places."

Hilly St. Joseph overlooked the Missouri River and the territories beyond.

In June, 1847, Elizabeth Dixon Smith recorded her first day beyond the U.S. in her diary:

"Passed through St. Joseph on the bank of the Missouri. Laid in our flour, cheese and crackers and medicine for no one should travel this road without medicine for they are almost sure to have the summer complaint....

[The next day]
Crossed the Missouri. Doubled teams with difficulty ascended a hill or mountain. Traveled 3 miles and encamped. We are now in Indian territories."

Kansas and Nebraska were Indian Territory in the 1840s and into the 1850s. Travelers tempted to try to settle the pretty countryside west of Missouri had to keep moving. 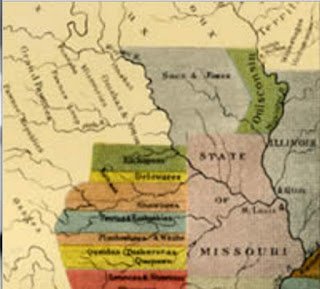 George Catlin's map shows the reserves assigned to the various Eastern tribes west of the Missouri border (the brighter horizontal strips). The green stripe was the reserve assigned to the Kickapoo, moved west from the Great Lakes. Below them the narrow yellow strip was assigned to the Delaware people moved from their original lands in New York and New Jersey. The tan-colored area was the traditional home of native tribes. 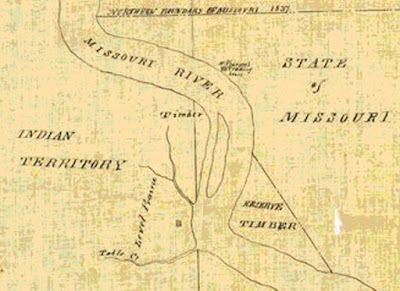 From a period map drawn on linen 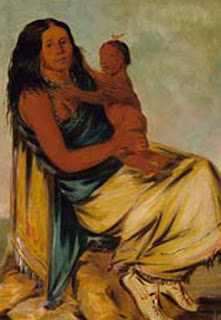 
The Smith party made only three miles that first day because they had to wait to cross the Wolf River. The next day they traveled at a more typical pace covering 18 miles. 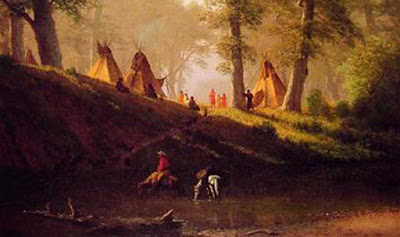 Albert Bierstadt painted the ford at the Wolf River west of St. Joseph.
The tribes who camped at the passages often charged a toll fee to cross.

The bank may have looked like "a hill or mountain" to Elizabeth Dixon Smith, but wagons crossed these small rivers (we call them creeks today) at the lowest and most stable spots. 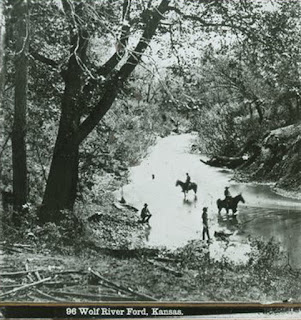 From the collection of the Kansas State Historical Society

In 1859 Beirstadt's brothers took a photo of the ford at Wolf River---
painters and diarists might exaggerate for drama's sake. 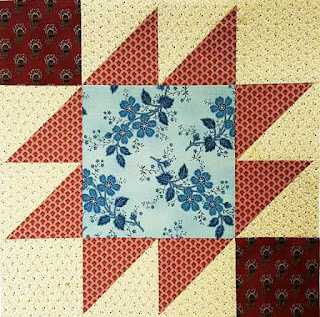 We can recall the pre-Civil War years when half the United States was home to native tribes with a block called Indian. Quilt designers in the 1930s named several blocks in variations of the word Indian, primarily because the quilt pattern looked like something one might find in a Navajo rug or a pueblo pot. Nancy Page in her fictional syndicated quilt club named this one, which is BlockBase #2050 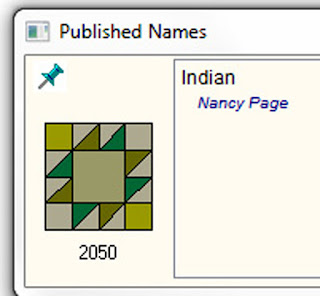 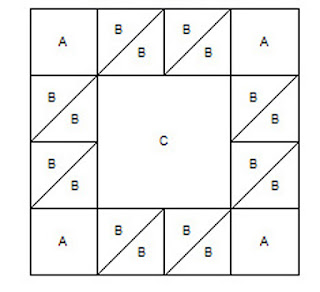 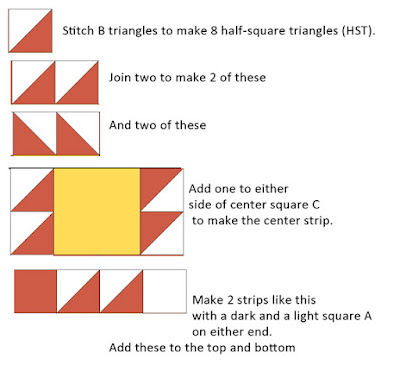 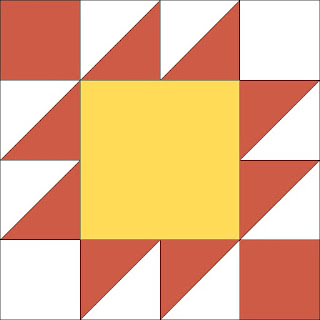 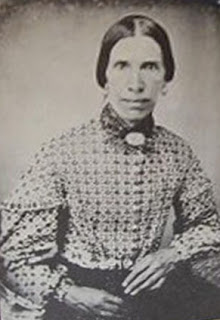 One of the very few references I found to quiltmaking on the trails was in Martha Spence Haywood's journal. She peeked into a tent in a Native American settlement near Fort Laramie and saw several women working: "One was making patchwork."

Elizabeth Dixon Smith's was published in T.T. Geer's Fifty Years in Oregon in 1912. Read it online at this link:
http://www.theragens.com/fifty_years/fifty_years_in_oregon_18-19.htm 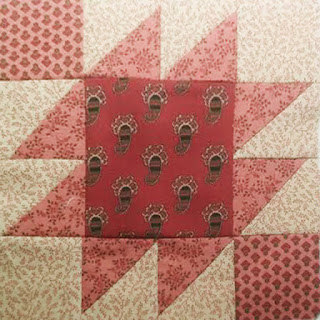 Hi, I was anxiously waiting for the second block!
It's late afternoon here, overseas. I'm working in another project, but I intend to cut my fabrics before I'll go bed so tomorrow morning I can assemble the block.
I really appreciate the history you are telling, it's so fascinating.
The blocks pics you posted are so beautiful!
Hugs, Rina.

Beautiful and informative post. I'd never seen that banded map of Indian territory before, my ancestors took some of the last bit of Osage land, I regret to say. I wanted to look up their homestead records in the National Archives and I said to the Archivist helping me, "I'm afraid we settled on Indian lands" and he said, "My dear, we ALL settled on Indian lands." I have always loved George Catlin's paintings and this is a powerful one I hadn't seen. Thanks for devoting part of your blog to this settlement saga.

I know I'll have fun playing with color and value for this block. So many ways it could be done! Loved reading the diary of Mrs. Elizabeth Smith. What was shocking to me was how many hardships she wrote of quite matter-of-factly. I am looking forward to learning more in the months to come!

Wonderful, and thank you.

This is just wonderful! I love the explanation and how a mountain or hill was simply a riverbank today. I am anxious to learn more and to work on my block. Thank you so much. I read a couple of chapters of notes and I must say, I don't think I could have survived that journey. I appreciate those Pioneers more than ever before.

Thank you Barbara for this block.

Since much of my own heritage is Mohawk, I have to shake my head over the map showing 'assigned' area for the eastern tribes. Books could, and have been ,written on this displacement.

Great history with the block. Thank you!

Thanks Barbara! Hard to imagine the bravery and hope they must have had to even begin such a journey!

It is so much fun reading the stories and seeing the block variations. It is good to be back!

Thanks,thanks.I`m enjoying reading the story about these women.

I cut the pieces for Block 3 and traveled to Scottsbluff, Nebraska, to visit family and piece the block in the shadows of the beautiful & massive Scottsbluff Monument on the Oregon Trail (I'm a traditional hand quilter), BUT I apparently cut the diamonds for an 8 inch block because they are too small and will have to recut some when I get home - darn - but I'm sure enjoying the journey.

OOPS - I was referring to Block 3 and posted on Block 2's blog - sorry about that. I will redraft the pattern and recut diamonds when I return home to South Dakota.

Enjoying your quilting blog. I bought one very old quilt top from an estate sale this week and at first I thought the pattern looks like a variation of a delectable mountain. Then my eyes were seeing anvil. Now I see Indian! Lol
Hey master sgp, you are lost in a civil war quilting blog. I don't think anyone would understand bahasa language.