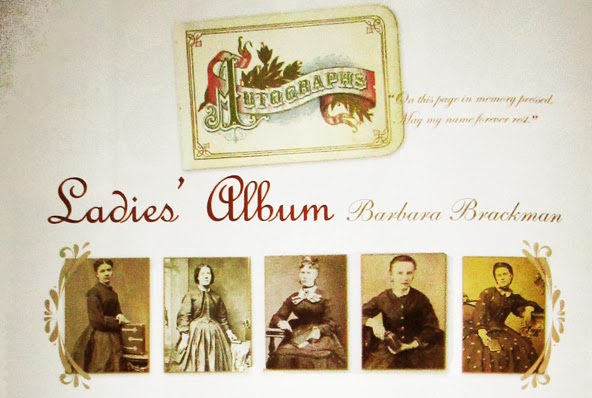 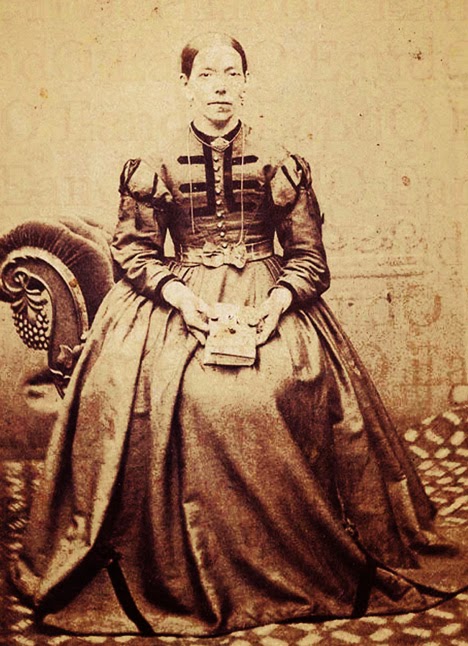 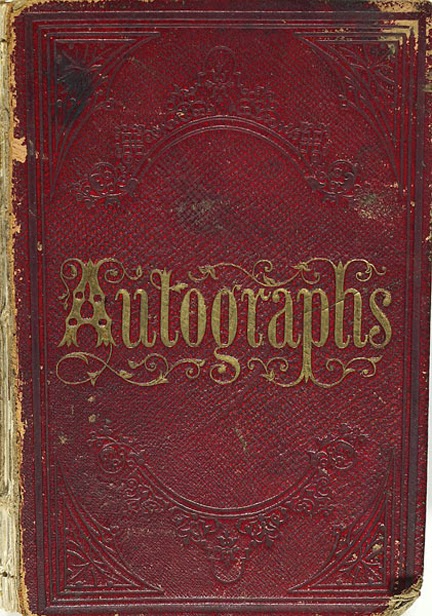 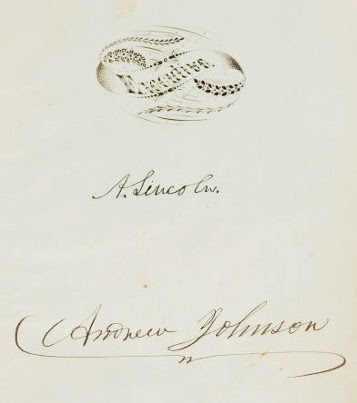 The Munger Album, with autographs of government officials, inscribed:

"My husband, Charles A. Munger had this book made for him and collected most of the Autographs while in the Civil War, after he had been detailed by the War Department, as clerk in the Adjutant General's Office. He enlisted in 117th Regiment N. Y. Volunteers Aug. 8th 1862. At Waterville, N. Y." 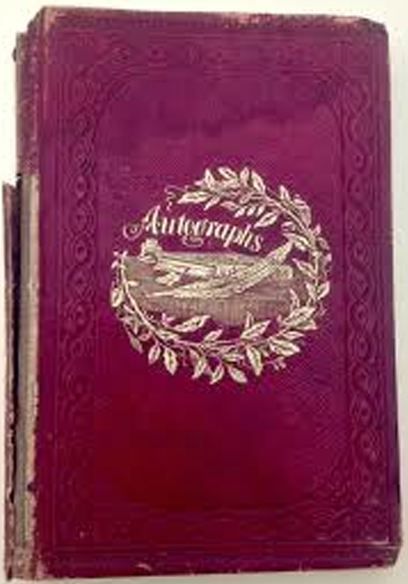 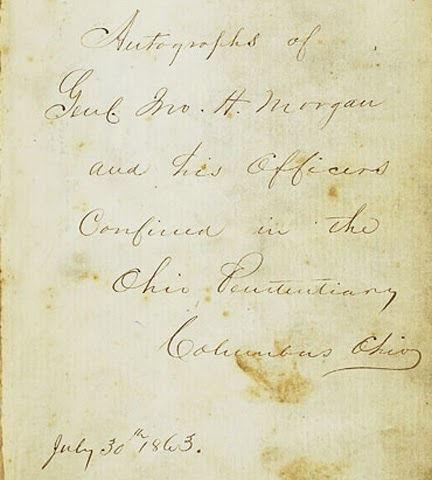 An enterprising employee at the Ohio Penitentiary
collected autographs of Confederate prisoners of war
who served under General John Hunt Morgan. 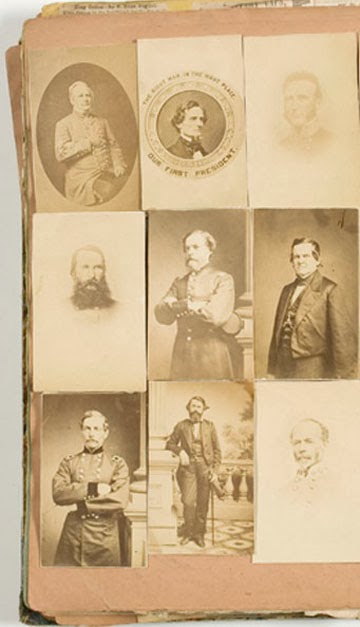 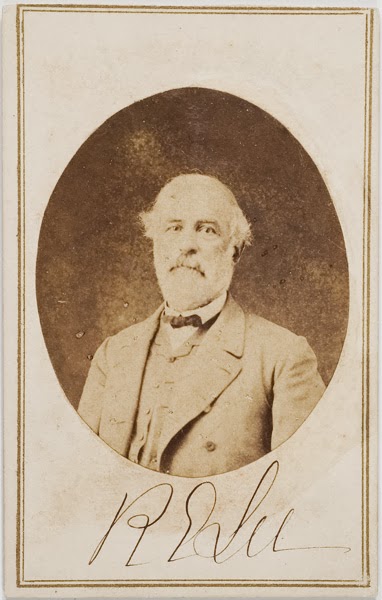 Carte-de-visite photos of officers were popular
and many collectors gathered autographed CDV's
into photograph albums. 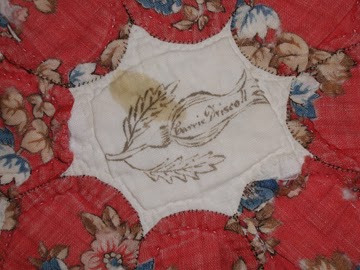 Album quilts were also the fashion during the war.
Here's a signature from a quilt dated 1862 in the Historical Society of the Nyacks.


See a post on this album quilt here:
http://barbarabrackman.blogspot.com/2011/08/civil-war-survivor.html 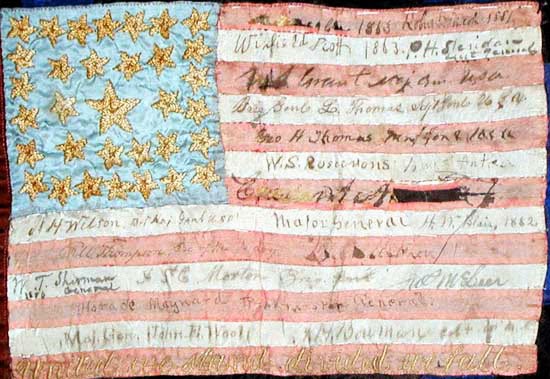 Mary Hughes Lord of Nashville, Tennessee
combined two pastimes and asked politicians,
generals and other prominent men for
their signatures for her album quilt. 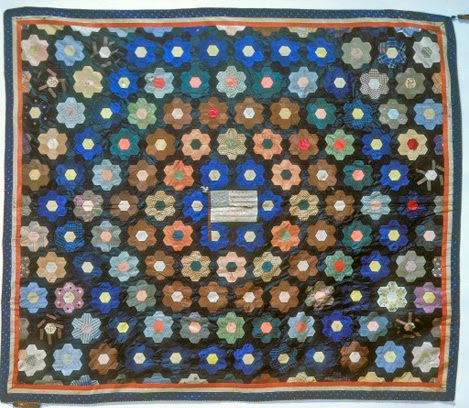 The silk hexagon quilt is in the collection
of the Smithsonian Institution. 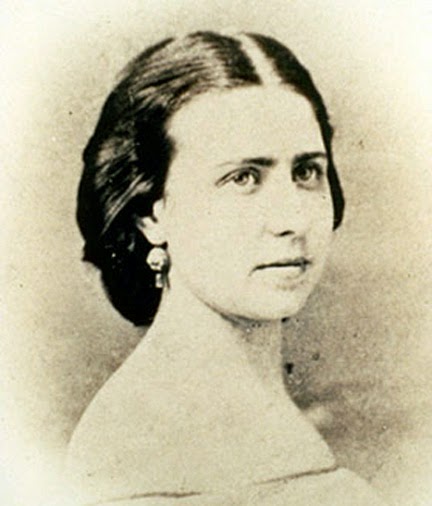 Read about her quilt here:

Posted by Barbara Brackman at 8:25 AM

That sounds like a wonderful line and history behind it.

Saw this hexagon signature quilt and it was an amazing collection of important people at that time in history!

I stumbled upon your blog following links. I'm researching my 3rd great-grandfather, Rev. Martin White and wondered if his wife, Kiturah, crafted quilts and other needlework. She certainly had the time to do so, as she became crippled some time after the birth of her last child when they were still in Illinois (my grandmother thot she might have contracted polio) before they moved to the Kansas territories. I read with interest your article on the abolitionist quilt and now this one. Several of the White descendants I've been corresponding with have wished for a photograph of our mutual ancestor and none have been found to date. Your article mentions Col. John Hunt Morgan. He's from the same county in Kentucky that Martin is from -- Montgomery County. I recognized his name from my recent reading of several Montgomery County histories. I have a craft blog, a genealogy blog, and a biography blog, so we have similar interests. Have a good day! =0)