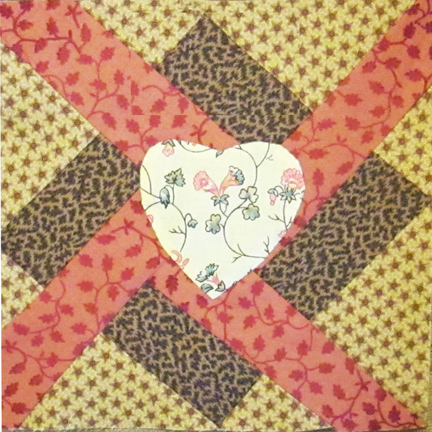 A pinwheel represents the end of the Morgan women’s travels through Confederate Louisiana. The Secesh women spent the rest of the war in Union New Orleans.

Sarah and her mother decided to seek shelter at brother Philip's home. After crossing Lake Pontchartrain in a schooner they were greeted at the dock by a group of Union soldiers who asked them to swear the hated oath, a pledge of U.S. citizenship. 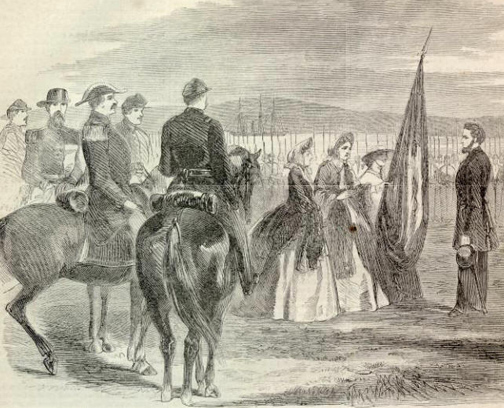 "[The officer in charge] uncovered his head and told us to hold up our right hands. Half-crying, I covered my face with mine and prayed breathlessly for the boys and the Confederacy, so that I heard not a word he was saying until the question, "So help you God?" struck my ear. I shuddered and prayed harder. There came an awful pause in which not a lip was moved. Each felt as though in a nightmare, until, throwing down his blank book, the officer pronounced it "All right!" Strange to say, I experienced no change. I prayed as hard as ever for the boys and our country, and felt no nasty or disagreeable feeling which would have announced the process of turning Yankee…. 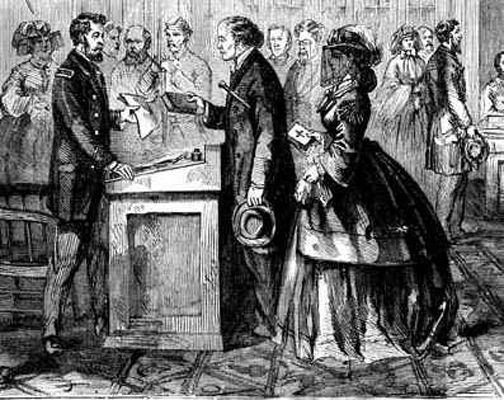 Taking the Oath in New Orleans

He turned to [Mother] and asked if she was ready to take the oath. "I suppose I have to, since I belong to you," she replied. "No,madam, you are not obliged; we force no one. Can you state your objections?" "Yes, I have three sons fighting against you, and you have robbed me, beggared me!" she exclaimed, launching into a speech in which Heaven knows what she did not say; there was little she left out, from her despoiled house to her sore hand, both of which she attributed to the at first amiable man, who was rapidly losing all patience. Faint with hunger, dizzy with sleeplessness, she had wrought on her own feelings until her nerves were beyond control. She was determined to carry it out, and crying and sobbing went through with it." 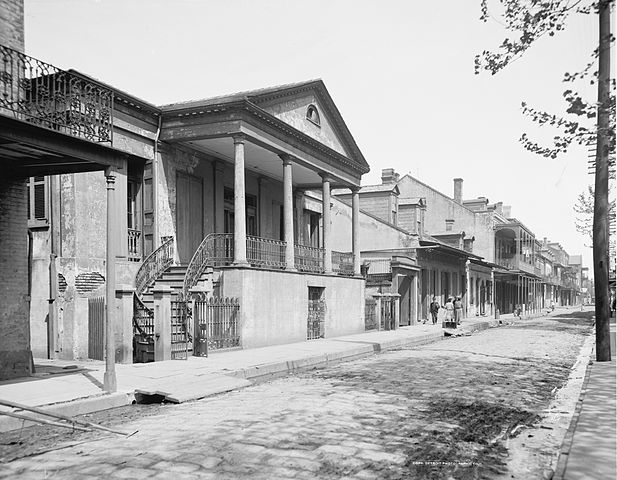 Now that Sarah is in Union-occupied New Orleans we will leave her in the summer of 1863. This
is our last block. But look for the end of the story soon. 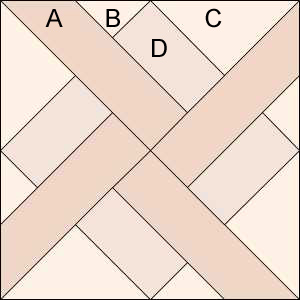 Trim the ends at a 45 degree angle now or wait till the block is finished to trim.

I can do that Lynn. Look for a future post.

Thanks Barbara! I love your work. Dixie Diary was my first BOM and first needle turn applique. It was so much fun. I already finished my Portsmouth Star for Threads of Memory, and I can hardly wait for the next one! Is there some way we can share pix of what we do?

The measurements seemed off when I cut and sewed. Didn't have the polished looked I was anticipating.