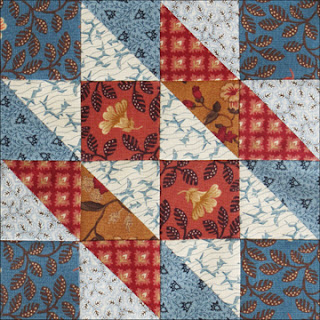 Hovering Hawks can symbolize foraging soldiers on both sides. Hawks are predators that keep a hawk-eye out for a breakfast of smaller birds and rodents, so one can see how their name was appropriated for predatory scavengers during the Civil War. 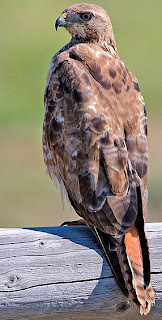 Best known are the Jayhawks or Jayhawkers who swooped in during the pre-war days of the Kansas Troubles. In Kansas lore Jayhawker is an Irish term, brought by an immigrant (one mythical Pat Devlin) who explained:


"In old Ireland we have a bird we call the jayhawk that when it catches another bird it takes delight in bullyraging the life out of it like a cat does a mouse...You call it 'foraging off the enemy,' by, begobs I'll call it jayhawking." 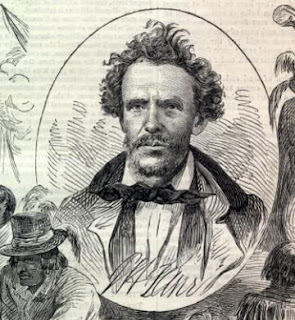 Senator James H. Lane on the cover of
Harper's Weekly in November, 1861

"having had a brush with the enemy, scattered them, took the town, obtained all the horses, mules, wagons and [Negros]; loaded the wagons with valuables from the numerous well-supplied stores and then set fire to the infernal town."

Many Southerners blamed Jayhawkers for any and all raids, down into the deep South. Roxanna Cole in North Carolina complained about a Colonel Lee and his Jayhawkers for local depredations:


" 'subsisting on the enemy' they call it. But they don't tell that they take the bread from women and children (for men are long since gone) while they also take the only means to make more---the horses, stock, and negroes. They, as usual, took our scanty supply of food and make us cook it, Christmas day though it was. They came and demanded quilts and comforts. I told them that I had none that I could spare. They answered insolently that 'It makes no difference about that, Go and get two. I almost cried that I had to give up my nice comforts to such swine and I had none but nice ones."

Hawk seems to have meant a thief of any kind. In 1861 Anne S. Frobel in Northern Virginia instructed her slaves to bury the silver, a common precaution, exclaiming in her diary,

"What spoonhawks these Yankees are!" 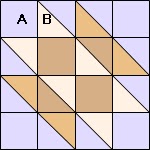 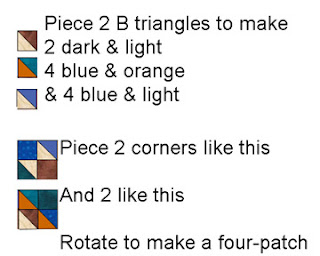 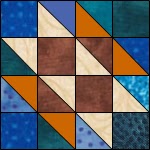 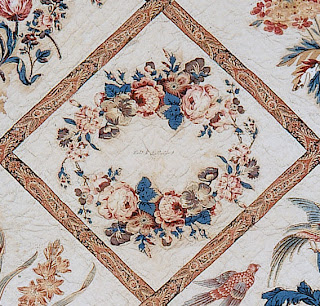 See a lovely applique quilt that was probably jayhawked from a Southern family. It eventually wound up in the Kansas State Historical Society. Click here:
http://www.kshs.org/p/cool-things-civil-war-quilt/15368

What quilthawks those Yankees were!

thank for your pattern i startet last week with your blogs, iam verry happy for youbsts informations,
iam from North germany, near Kiel Kanal - Channel - between Hamburg and Danmark
best wishes Frauke

Reading about tracing this magnificent quilt to James Island was a great way to start my Saturday. What a treasure for the Kansas Museum of History!

I really like this block. We have Redtail Hawks where I live.
Thanks you, again for the info you provide along with the blocks.
Deborah

That's a block I've long wanted to do, so thanks for choosing it. The history lesson was great, and it's wonderful that we got two lessons this week, by reading about the Kansas museum quilt. Thank you!

This is a nice block and a very interesting story.

I have completed the block and posted it on my blog along with a how-to.