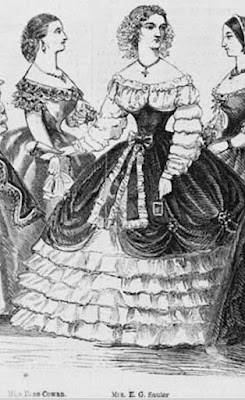 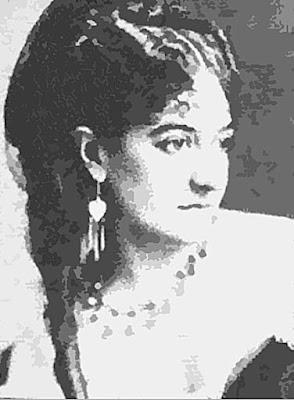 Miriam Folline [Follin]Squier Leslie (1836–1914)
Many but not all her names: Miriam Florence Follin Peacock Squier Leslie Wilde as well as Frank Leslie. (Where is Lucy Stone when you need her?*)

Frank Leslie (the man) was the Rupert Murdock, the William Randolph Hearst of his day, successful publisher of an information empire that included the innovative Frank Leslie's Illustrated Newspaper, featuring more pictures than other publishers could produce. 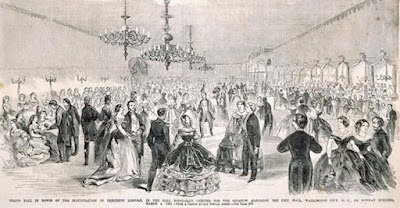 A second ball illustration
To be included on the Inauguration edition's cover with other society women was a coup for Miriam Squier, whose slippery hold on social position was based on her marriage to E.G. Squier, an anthropologist who wrote for Leslie's. 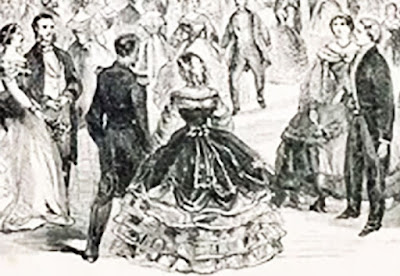 I recognize that dress front and center. Isn't that Mrs. E.G. Squier again
with her husband? And one can imagine readers around the country asking
just who Mrs. E. G. Squier was, particularly the bon-ton in New York City where
the Squiers lived. 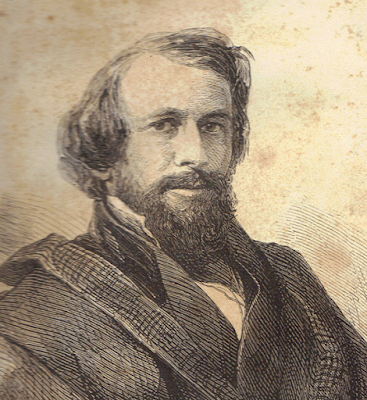 Ephraim George Squier (1821-1888)
Squier was an editor at Leslie's publishing office when the Civil War began.
He'd been married to Miriam Peacock Squier for about two years. 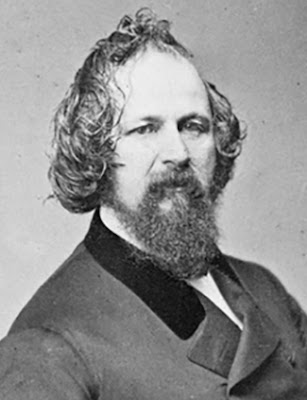 Frank Leslie (1821-1880)
Born Henry Carter in England, the young artist and wood
engraver became superintendent of engraving for the
Illustrated London News. He brought his technological skills,
wife Sarah Ann and three children under five when
he emigrated to the U.S. 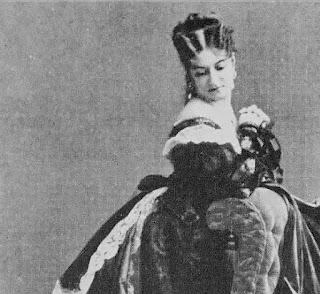 Just who was Miriam Squier?
Read Betsy Prioleau's Diamonds & Deadlines.
By the spring of 1861 Publisher Leslie was so besotted with the wife of Editor Squier that he featured her in both illustrations of the Inaugural Ball and described her as the Belle of the Ball.
After divorces from their antebellum spouses Frank Leslie and Miriam married in 1874. Like William Randolph Hearst who ignored his wife to create and publicize the acting career of mistress Marion Davies, Leslie created high-profile jobs for his paramour. 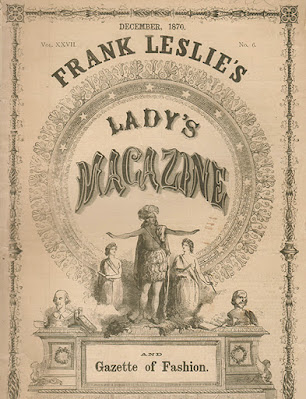 Miriam was named editor of Frank Leslie's Lady's Magazine and Gazette of Fashion in 1862.
She later was editor of all the Leslie's women's magazines.

When she got time to edit anything is a mystery, traveling to Peru with Squier during the war on a diplomatic mission and when back in New York living in the same house with two husbands for years. The magazines, however, do seem to reflect her personal interest in high fashion. 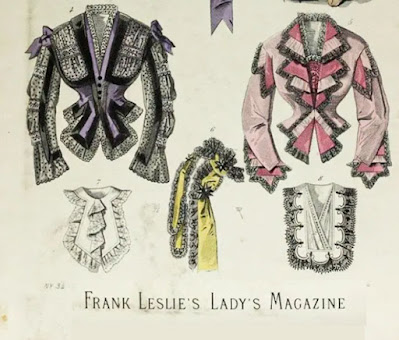 Intrigued by the name Frank Leslie's Ladies' Gazette of Fashion and Fancy Needlework, I was sure I might find some undiscovered patchwork and quilt patterns but needlework features not devoted to sewing luxurious clothing are rather sparse. 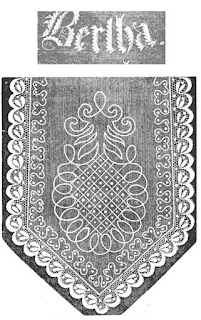 Most of the fancy work patterns are accessories for dress.
Searches for "quilt" pull up references to clothing details,
not patchwork.
Using up scraps was not something that interested Miriam or her readers. 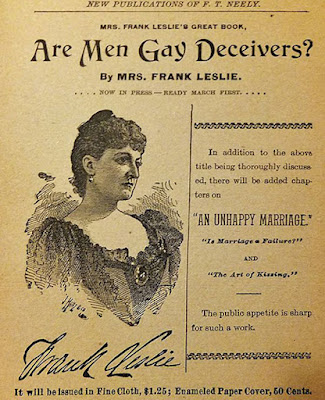 See a preview of Betsy Prioleau's Diamonds & Deadlines: A Tale of Greed, Deceit & a Female Tycoon in the Gilded Age:
https://www.amazon.com/Diamonds-Deadlines-Deceit-Gilded-Female-ebook/dp/B09FNYRDZ7?asin=B09FNYRDZ7&revisionId=a548ac32&format=1&depth=1
*Lucy Stone refused to take her husband's name, inspiring generations of independent women.
Posted by Barbara Brackman at 6:00 AM

Their waists were so tiny! I know they used corsets, but wow, even the cloths were small!