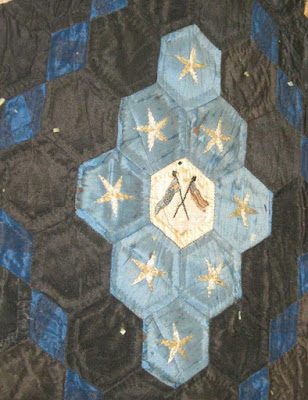 Crossed flags in a Louisiana quilt. 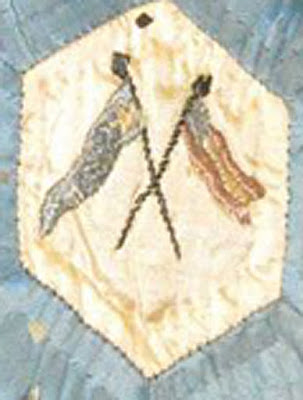 The family thought this might be the "Flag of the Republic,"
an American flag showing Unionist sentiment in Louisiana, but three stripes in that
flag on the right.... 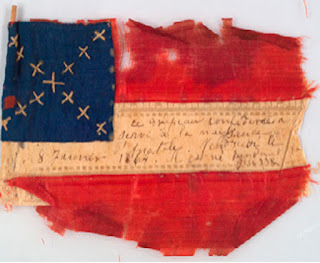 Historic New Orleans Collection
The "first flag" of the CSA.
First are always slippery---but that is NOT a Union sentiment.
An overall view: 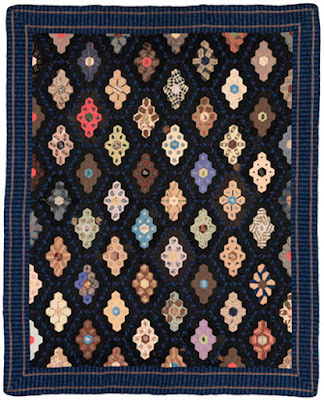 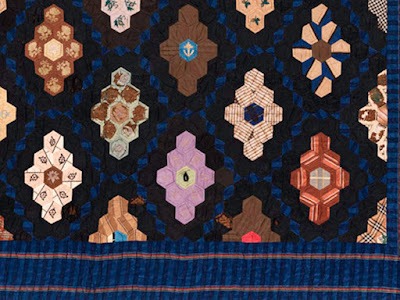 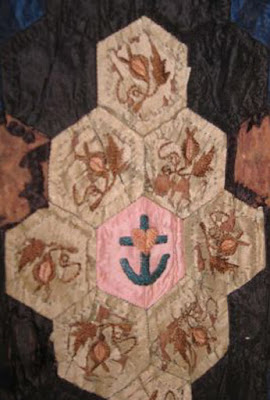 Christian symbols for virtues Faith (cross), Hope (anchor),
& Charity (heart)
The quilt is pieced of elegant silks both plain and patterned. The tan pieces above might have been fussy cut from a woven dress silk... 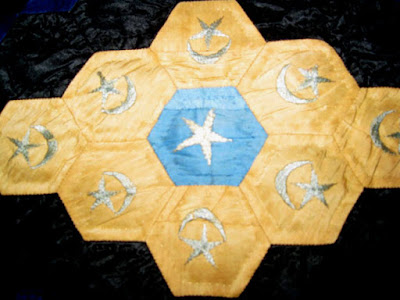 or embroidered just for the quilt 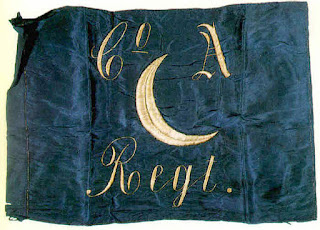 Flag of Louisiana's Company A, 24th Regiment, the Crescent Regiment 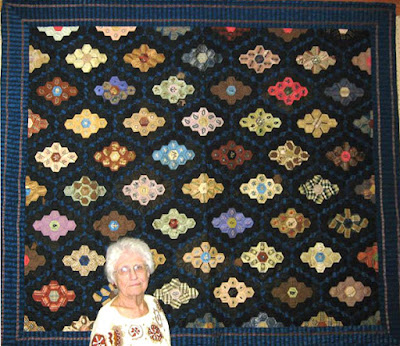 Mary Perry Decker's quilt descended in her family to another Mary Decker
who with her family donated it to the Briscoe Center in Texas.
The family believed it to have been made by Mary E. Perry (1845-1928) of West Feliciana Parish, Louisiana before her first marriage in 1866. Style and fabrics (and that flag) back up the story. Mary certainly had access to a good deal of lovely silk in the 1860s.
While writing this post I happened across a book of the papers from the 5th David B. Warren Symposium at the Bayou Bend Museum, which included one by Katherine J. Adams, Quilts the Democratic Art. At the time Kate was curator of Texas's Winedale Collection at the Briscoe Center. She addressed the availability of silk in Jackson---there are 60 different fabrics in the quilt. She found out some biographical details about Mary Perry who, like many other post-Civil-War Southerners turned to sewing to make a living after the war. 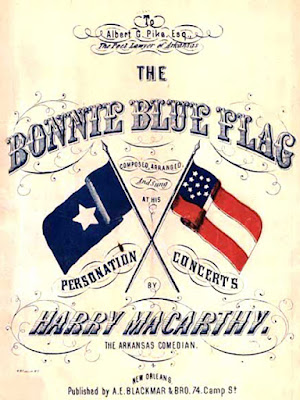 1861
Kate also noted the remarkable similarity between Mary's center embroidery and this 1861 sheet music cover. The flag on the left is "The Bonnie Blue Flag," which was adopted as a secessionist symbol but also had history as representing Texas, the Lone Star state. The flag on the right the three-stripe Confederate flag with 11 stars representing the seceding states. 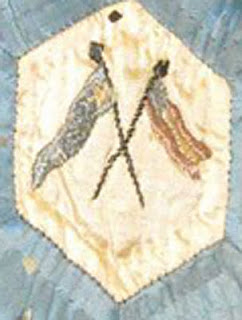 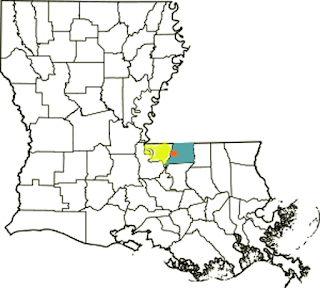 Jackson, right on the line between East & West Feliciana,
south of the Mississippi border.
I found out a bit about Mary Perry. When she was about 21 she married Rufus King Norwood (1828 -1868). Less than two years later he was killed in what looks to have been a duel with a man named Moses Bloom. 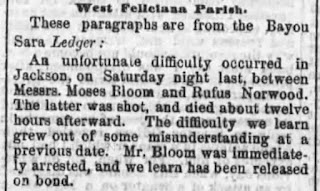 Her second husband was Charles E. Decker (1847-1894) also of Jackson. She and Charles had six  children but only two lived to adulthood. Charles served two years as a Louisiana state senator (1890-1892). After his death Mary joined her only surviving daughter Sally Decker Whiteman in Alto, Texas. The quilt descended in Sally's family in Alto although Mary returned to Louisiana. 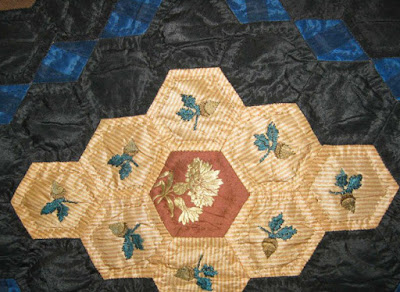 She is buried in the Jackson cemetery.
See her FindaGrave file
https://www.findagrave.com/memorial/7793864/mary-e.-decker
And the quilt at the Briscoe Center:
https://www.cah.utexas.edu/db/dmr/image_lg.php?variable=e_wqh_0438_8 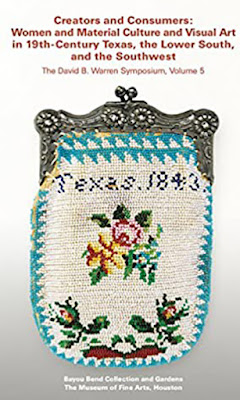