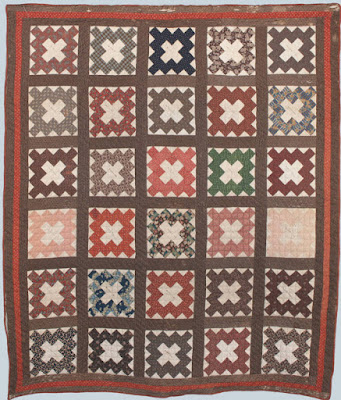 Wisconsin Historical Society
Album quilt made in Walworth County, mid-19th century
Last week we discussed Flora Ginty's memories of making album quilts for the Sanitary Commission in Green Bay, Wisconsin during the Civil War. The ladies' aid society met at the home of Mrs. Henry Baird, Elizabeth Fisher Baird, who displayed a flag in her yard when the weekly meeting was in session. 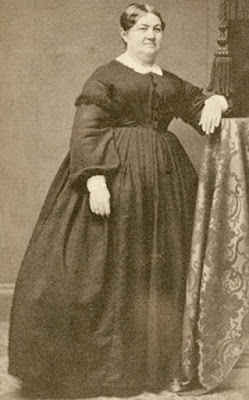 Elizabeth Thérèse Fisher Baird (1810-1890)
about the time of the Civil War.
Elizabeth's role behind the charitable works introduces us to a Wisconsin-born woman who came from a very different background than most of the community leaders heading similar groups in Union states. Elizabeth Fisher was born in Prairie Du Chien when the trading town was in the Indiana Territory. Her father Henry Munro Fisher was a Scottish trader; her mother Marie Ann Lasaliere was Odawa (Ottawa) and French. 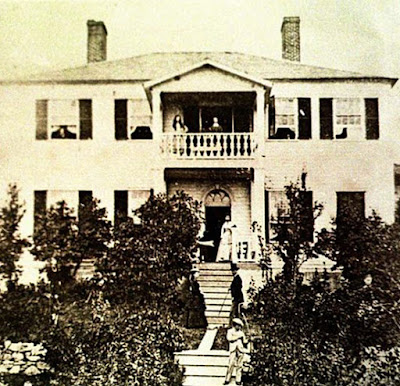 Home of Magdelaine LaFramboise on Mackinac Island,
Michigan about 1860. She was a successful
female fur trader of Odawa and French ancestry.
Her house is now the Harbour View Inn.
Marie managed a school there, hiring Henry S. Baird, who won Elizabeth's heart and married her on Mackinac Island when she was only 14. At least three languages were spoken in the extended family. When they married Elizabeth spoke Odawa and French; Henry English.

They moved to Green Bay in the 1820s where Henry became a lawyer specializing in the fur trade and Elizabeth was his translator and agent with the Native American traders. Elizabeth learned English in her new home as she (a "petted child) tried to learn housekeeping too. 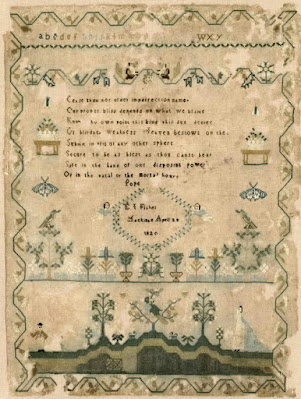 Elizabeth's sampler
Collection of the Wisconsin Historical Society
Elizabeth maintained she never spent a day in school but
someone taught her the conventions of the schoolgirl
sampler, hers with an English poem from Alexander Pope.
"Submit.—In this, or any other sphere,
Secure to be as blest as thou canst bear:"
Elizabeth's family was part of a large Native/French culture in the center of the American continent in the 18th and early 19th century, now largely forgotten. The women in these families who inherited land and status from their Native ancestors were often quite independent. 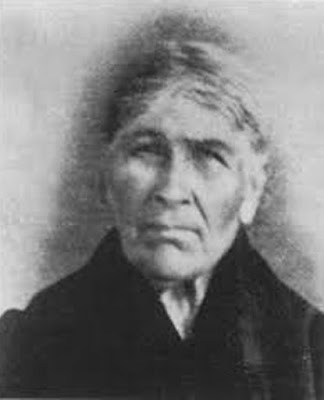 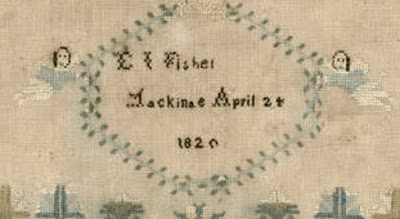 E T Fisher stitched her sampler on Mackinac when she was 10.
https://content.wisconsinhistory.org/digital/collection/wda/id/2189/
As Elizabeth raised her children (four girls) and worked with her husband in his office she taught herself English well. She's probably best remembered for her memoirs of life in Wisconsin before it became a state. See a link at the bottom of the page.

Although she gave her children Odawa names as well as European, she seems to have identified primarily with her European culture, seeing the local Indians as a threat in those years of the Black Hawk Wars and other territorial disputes. Yet she maintained close ties with grandmother Therese Schindler who held on to her Métis culture. Her grandmother cared for Elizabeth's girls while she traveled and spent her last years in the 1850s in Elizabeth's home. 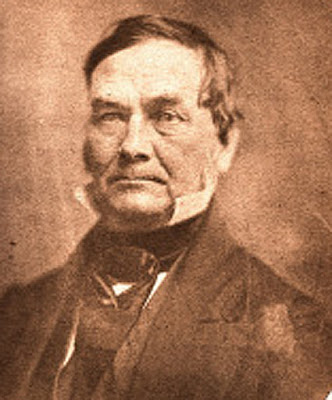 1856 portrait of Henry Baird  (1800-1875) born in Ireland
Elizabeth wrote her memoir in the 1880s about the hardships of life sixty years earlier (the audience for such stories seemed insatiable), the fun she had as a young married woman, her neighbors and her travel---to New York and Pennsylvania in the 1830s. She didn't write of her life beyond 1842 so her Civil War activities are only recalled by her younger friend Flora Ginty. 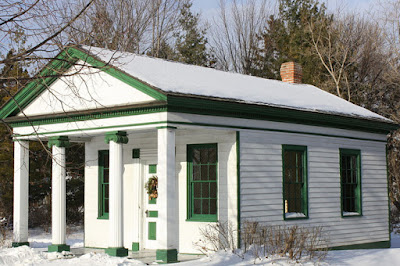 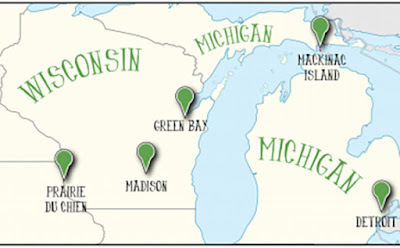 See a lesson for kids about the family here:https://pbswisconsineducation.org/biographies/books/BairdLevel3.pdf 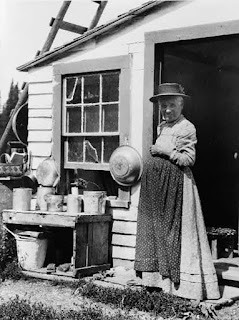 Frances Benjamin Johnston photograph
of an unnamed Mackinac Island resident, 1903
Library of Congress
Posted by Barbara Brackman at 6:00 AM