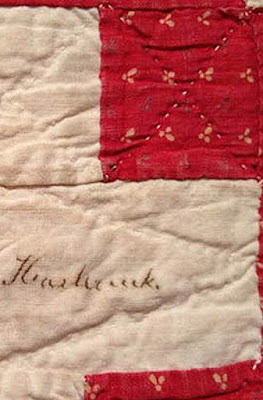 The Hasbroucks made quilts.
Photo of one by Rowena's inlaws from Bonnie K. Hunter. 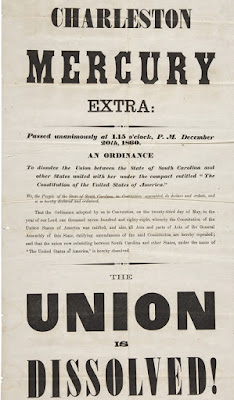 Rowena Caroline Deyo (1838-1916) married Jacob DuBois HasBrouck in December, 1860, just as South Carolina announced they would secede from a Union that had elected Abraham Lincoln. Jacob voted for Abraham Lincoln with his first vote (Rowena, of course, could not vote.)

Jacob, like Rowena, was from Ulster County, New York where French Huguenot names were commonplace and intermarriages between the many Deyos, DuBoises and Hasbroucks created webs of cousins. When he was 20 Jacob went west to Rochester, Illinois in Sangamon County. Perhaps he personally met Abraham Lincoln, eventually Sangamon's most famous resident. After a year of teaching, Jacob and a friend joined the Pike's Peak Gold Rush to what is now Denver, Colorado. In six months he returned to New York with about $75 and married Rowena. 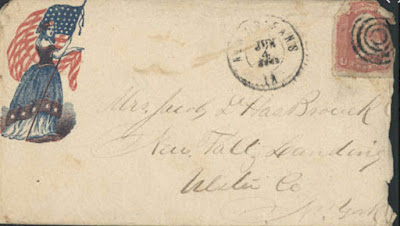 Letter mailed in a envelope printed for soldiers' use.
This family spelled HasBrouck with two capital letters.
https://cdm16694.contentdm.oclc.org/digital/collection/hhs/search/searchterm/Hasbrouck%2C%20Jacob%20DuBois%2C%201838-1905/field/creato/mode/exact/conn/and 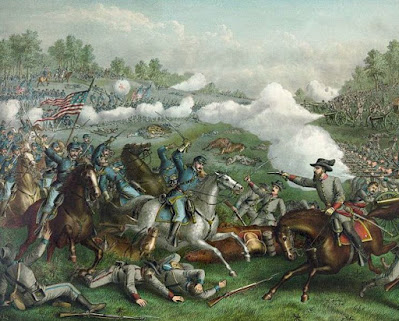 In September, 1864 Jacob was wounded in the leg at the Battle of Opequan
Creek near Winchester, Virginia.
The wound was bad enough that three months later he was hospitalized with an inflamed leg. A letter from what he called the Officers' Hospital at Annapolis explained that he had left his regiment in Baltimore and beforehand shipped home a box with his possessions, including "that quilt." 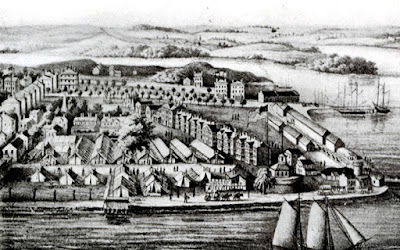 Naval Academy with a temporary hospital on the grounds
Was the quilt something that Rowena had sent to him or did he pick it up from the Sanitary Commission, which distributed quilts to hospitalized soldiers?

See more about quilts at the Annapolis hospital.
http://civilwarquilts.blogspot.com/20604/a-union-quilt-at-annapolis-hospital.html
Jacob was lucky enough to survive the infected leg and was discharged with a disability in March, 1865, just days before the end of the war. 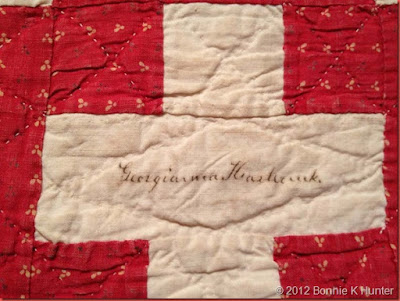 Georgianna Hasbrouck's name on an album quilt, also
in the collection of Historic Huguenot Street. Bonnie Hunter took
these closeups a few years ago when she visited.
The Hasbroucks might have known quite a bit about quilts as the family had a hand in several Ulster County quilts and those in nearby counties. There were many Hasbroucks, but this album quilt seems  related to Jacob & Rowena's generation. 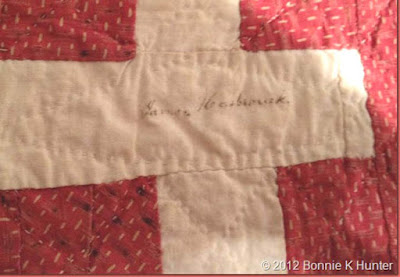 The album may have been made by their family. Charles and his eldest
son Roefil are listed as Merchants in the 1860 census. Georgianna is 14.
Mary who also signed a block was 16 in 1860. 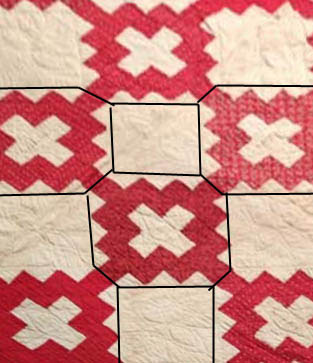 Many of the blocks are Turkey red prints, others are plain.
The popular album design known as Chimney Sweep is
an unusual variation. Patchwork blocks are not square
but alternate with plain white squares.

The border is also unusual, a vine of apples....
Quite appropriate for Ulster County, as a local website tells us that the Dutch and the French Huguenots who immigrated in the 17th-century planted orchards that were the roots of a thriving 19th-century commercial farming region.

The New York Project and the Quilt Index tell us there are 56 names. 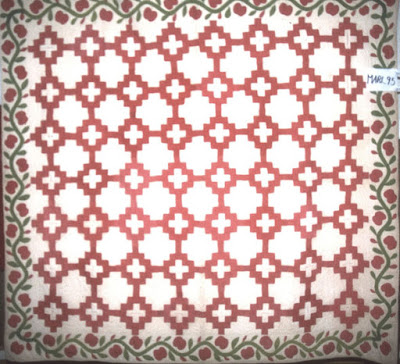 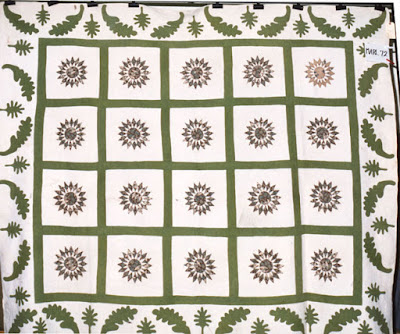 A quilt with a tree border, perhaps a little earlier, seen the same day by the N.Y. project,
attributed to Margaret Hasbrouck of Ulster County. 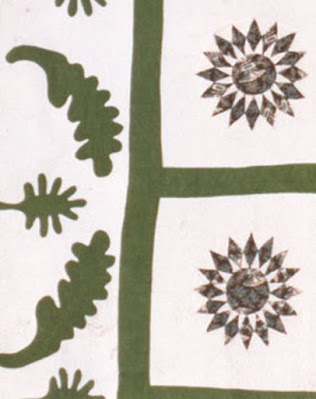 See another Hasbrouck quilt, a little earlier at this post:
http://quilt1812warandpiecing.blogspot.com/2012/05/another-new-york-pictorial-quilt.html

Humeston, Iowa about 1910
Jacob was also a banker in Humeston.
After the war Jacob and Rowena went west to Iowa in the late 1868 with their three small boys. Jacob farmed in Wayne County down by the Missouri state line. The family prospered and added three girls and another boy. Several children continued moving west when they grew up. 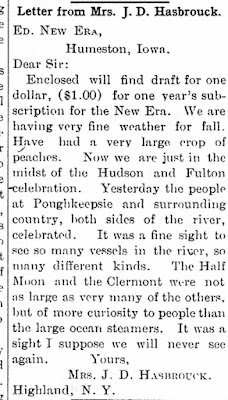 In 1905 Jacob died and Rowena returned to her family in Ulster County. She kept in touch with her Humeston friends by subscribing to the newspaper and she wrote a note in 1909 describing a boating festival on the Hudson River. (I bet she missed that New York river when she was living in Iowa; she was married in a hotel overlooking the Hudson.) 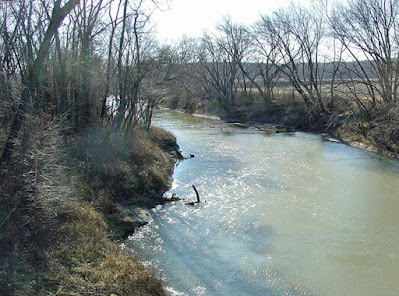 The Chariton River runs through Wayne County, Iowa.
It's not the Hudson.

I find it so interesting to see what you have found each time I open up your blog. Thanks for keeping us In The Know.

Love the history you share. Research is extremely interesting.