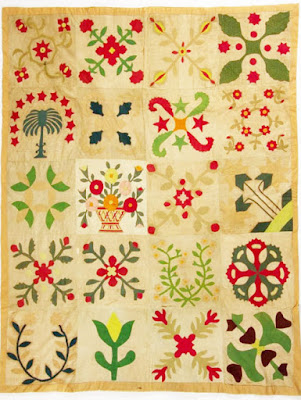 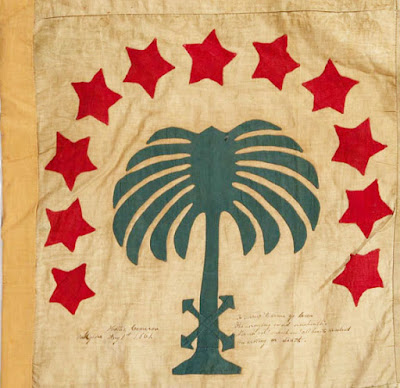 One block with a Secession theme stood out:

To arms! To arms, ye brave
The avenging sword unsheath,
March on! March on! All hearts resolved
On victory or death."Signed Hattie Cameron / Oakgrove Aug 1st 1861." 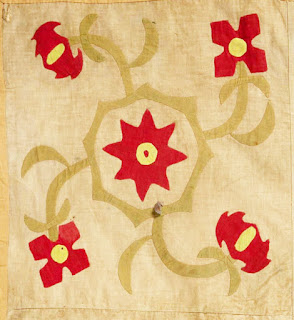 The 20 blocks show a range of style, skill and fabric.
Many look to date from after Hattie's death.

Hattie died in 1867 at 27 years old shortly after the war she so heartily supported. She'd given birth to two children in her marriage to Leroy Mangum McAfee of the 49th North Carolina Infantry, whom she married in 1863. 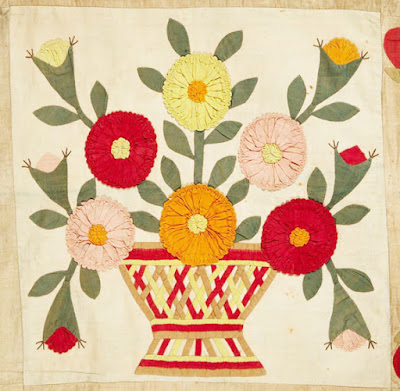 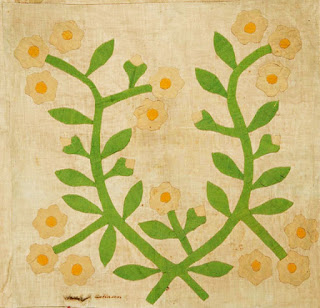 Her block and perhaps a couple of the others date to the 1860s but the Evanses noted:

"Blocks likely stitched together later with fugitive color border along each side, having later added backing. Blocks circa 1861, backing later." 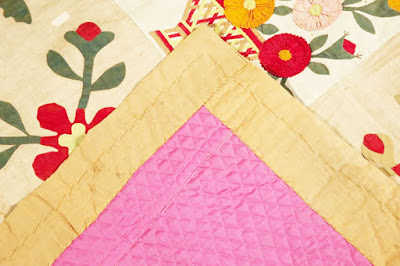 The pink backing is an odd choice. Looks like silk lining fabric one could
buy already quilted, often used as coat lining. The wide binding was
probably once red or green.

Hattie's father Robert Gregg Cameron (1799-1873) was a slave owner and one young member of his plantation population was interviewed years later in the Slave Narrative project of the W.P.A. Nelson Cameron's father Vander worked in the tan yard tanning leather and shoes. He "belonged to one of the big bugs, old Marse Gregg," remembered Nelson who was probably about 10 when the war was over. 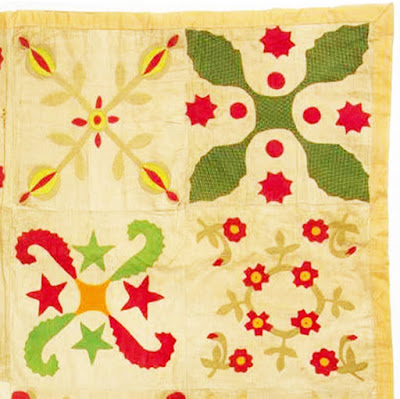 "All through the 'Carpet Bag' days my pappy stuck to the white folks, and went along with the Klu Kluxes. His young mistress, Miss Harriet Cameron, married the Grand Titan of all the Holy invisible Roman Empire...Pappy told me all about it....McAfee came down from North Carolina [to visit Feaster Cameron]....While on that visit he fell in love with Marse Feas's sister Harriett and married her....Sundays [my pappy] he'd take that long walk to Concord Church to put flowers on her grave." 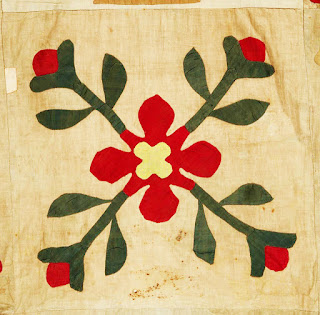 Here's a link to the auction:
https://www.liveauctioneers.com/item/77727825_south-carolina-secession-friendship-album-applique 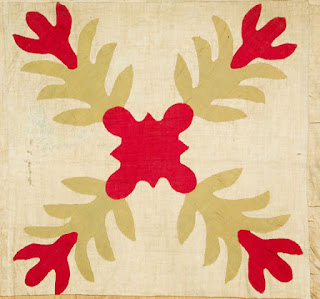 I brightened up the photos 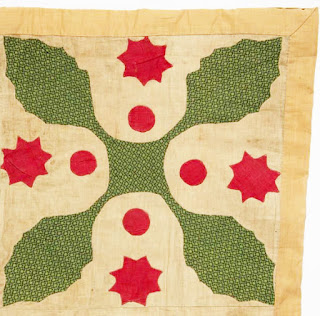 One of the blocks is signed Gladney, a common name
in Fairfield County, South Carolina. 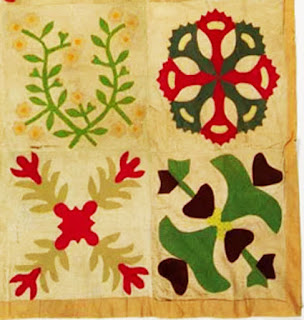 The wheel block with the scalloped edges here is
called a Sundew or Carolina Medallion today. 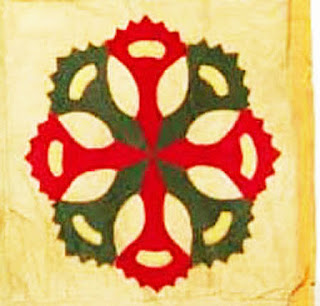 A link to Nelson Cameron's memories of Harriet's family:
https://www.loc.gov/resource/mesn.141/?sp=175

And read more about Hattie's husband's unpleasant postwar career in the Klu Klux Klan in this book preview:

Wow! Beautiful quilt!Thanks for the information.

Be a"Carolina Girl " myself it's a treat to read your post about this quilt and the link to the North Carolina mystery design. Would love to run upon something like this while antiqueing or at an auction one day