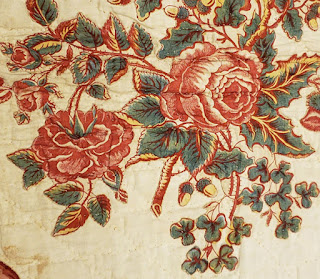 We started this search with a quest to find out a little more
about Philoclea Edgeworth Casey Eve, whose applique quilt
is in the Atlanta History Center. See last week's post:
https://civilwarquilts.blogspot.com/2019/08/philoclea-eves-civil-war.html

The search took some interesting turns.

Ellen Campbell's typed transcript from the Library of Congress website.

Ellen Campbell was interviewed in Augusta when she was about ninety years old during the federal W.P.A. program in the late 1930s. A former slave, she told the women who recorded her words that she was born in 1846, a grown woman when freedom came, a slave in Philoclea Eve's household. 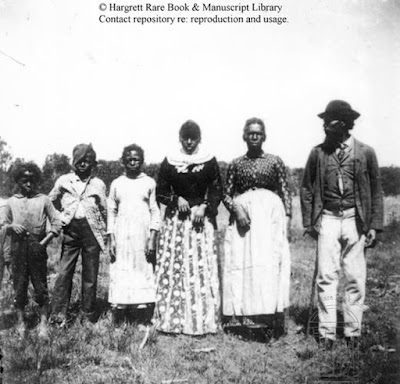 Photograph taken near Augusta, Georgia, about 1900
Hargrett Rare Book & Manuscript Library at the University of Georgia

Robert E. Williams took photographs in Richmond County at the end of the 19th century.
See a photo of a woman at her quilting frame here:
https://dlg.galileo.usg.edu/hargrett/williams/jpgs/rew026.jpg 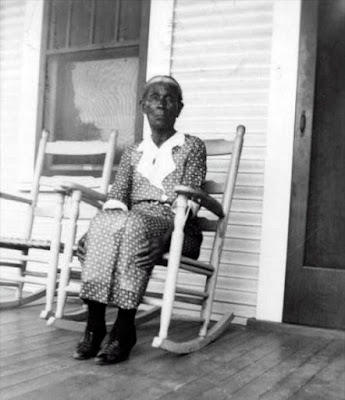 Between 1937 and 1939 WPA  interviewers talked to over 200 people
who'd been enslaved in Georgia.
Adeline Cunningham was a Texas interviewee.

The Eve's plantation, Ellen Campbell indicated, was near her cabin at 1030 Brayton Street---
"All this land was fields, then, slap down to Bolzes" (perhaps neighbors named Bowles.) Ellen's house was northwest of the railroad tracks, indicating where the Eve's land was. 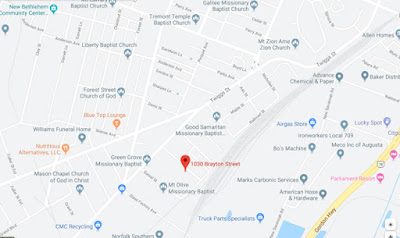 Her house was on this lot, the red pin in a Google Map

Ellen remembered her duties in slavery. [I have re-translated Ellen's words into English rather than the pidgin thought appropriate in the 1930s.] 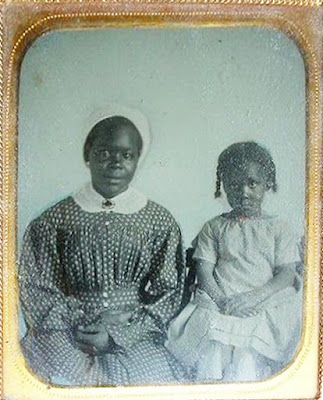 Cased photo from about 1860
Carrying water to field hands was often a child's
first employment.

"When I was about ten years old they started me toting water --- carrying water to the hands in the field." When she was twelve she tended sheep and three years later Philo gave her to Eva, who "was fixing to get married, but she couldn't on account of the war, so she brought me to town and rented me out to a lady running a boarding house. The rent was paid to my missus [Eva]."


When the girl dropped a tray the boarding housekeeper reacted by stabbing her in the head with a butcher knife. She ran home. "Miss Eva took me and washed the blood out of my head and put medicine on it and she wrote a note: 'Ellen is my slave, given to me by my mother. I wouldn't have this happen to her no more than to me. She won't come back...."

The interviewer asked if the Eves were "good to her." (Did the interviewees tell the white women what they thought they wanted to hear?)

Ellen's answer: William Eve was "the best white man anywhere around here on any of these plantations. They all owned slaves. My boss would feed them [the slaves] well." 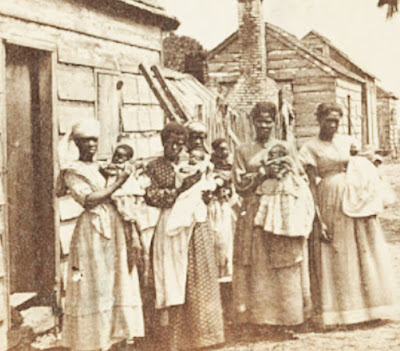 Young women with their children on the Fripp Plantation from
the Library of Congress.
The Eves had 40 cabins at Goodale according to the 1860 census.

Did the Eves have a house on the plantation?


"They lived in town and he came back and forth every day. It wasn't but three miles. The road ran right from the plantation and everybody who drove through it had to pay a toll [at a toll gate.] That road is where the Savannah Road is."

Did Ellen remember when the Yankees occupied Augusta? 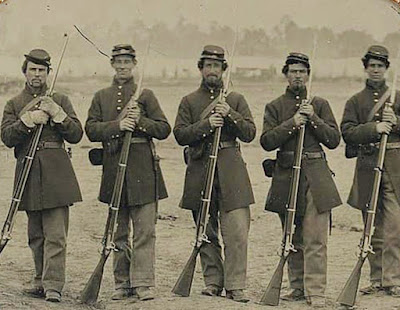 6th Massachusetts Regiment
from the Library of Congress

"I saw them coming down the street. Every one had a canteen on his side, a blanket on his shoulder, caps cocked on one side of [his] head. The cavalry had boots on and spurs. First they set the [Negroes] free on Dead River, then they come on here to set us free. They marched straight up Broad Street to the Planters' Hotel... 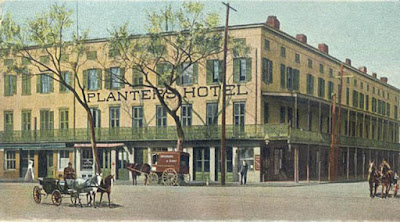 The Planters Hotel about 1905

"They stayed here six months till they set this place free. When they were camping on the river bank we'd go down there and wash their clothes for a good price. 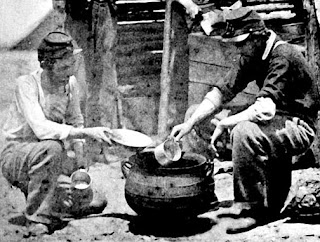 "They had hard tack to eat. They...told us to soak it in water, and fry it with the meat gravy. I haven't tasted nothing so good since. They said, 'This hard tack was what we had to live on while fighting to set you free'."

In her diary slave-owner Ella Gertrude Clanton Thomas wrote about the day the Union troops arrived.


"Sunday May 7, 1865. This morning a large force of Yankees came marching into Augusta the drums beating & colours flying----surrounded by a large crowd of Negroes... Patsey said there were 800 of them."

Freed slaves often continued working for the same people after the war, but under a different economic system that lurched forward by trial and error. In July, 1865 Charles Jones wrote his mother that Philoclea Eve "has been sued by three of her household servants for wages---a most unwarrantable procedure.... We will all have to recognize the fact that our former slaves have been set free...and if they continue with us we must pay for services rendered." 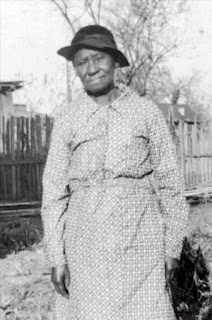 Interviewers collected testimony from 20,000 Americans who'd lived in slavery. Tennessee's Fisk University and Louisiana's Southern University began the project in 1929. The New Deal program the Federal Writer's Project continued the interviews from 1936 to 1939. 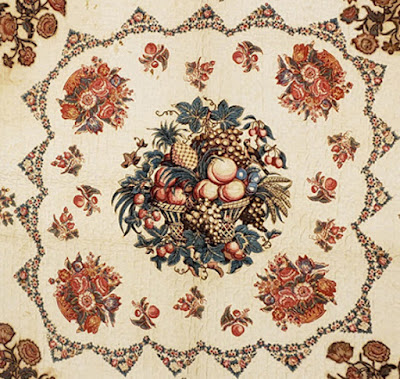 It's great to link an interviewee with her once-owners's story. Ellen Campbell's memories give us more information about the Eves and the Eves's story tells us more about Ellen.