The Caldwells: Hard Shell Secessionists & A Family of Physicians 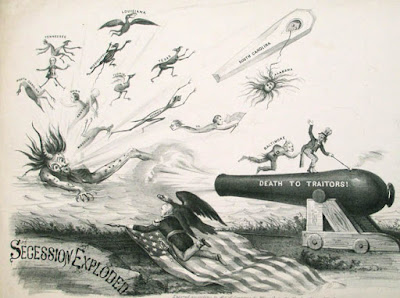 In May, 1861 delegates met in Raleigh, North Carolina at the state house to vote on Secession, among them Dr. Pinckney Cotesworth Caldwell of Charlotte, who was remembered in convention history as "a Democrat, a strong secessionist and an Episcopalian." Dr. Caldwell's views were in the majority at the North Carolina Secession Convention, which passed a fateful ordinance:


"We do further declare and ordain, That the union now subsisting between the State of North Carolina and the other States under the title of the United States of America, is hereby dissolved." 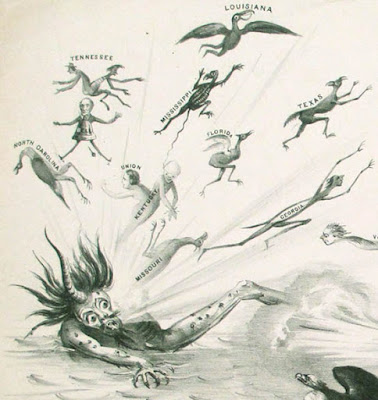 The Secession Explosion loosed some demons in Wiswell's view.

What were the stakes? War?  Many argued that the Union would not oppose secession. Delegate A. W. Venable is supposed to have waved his handkerchief, promising to "wipe up every drop of blood shed in the war with this handkerchief." . 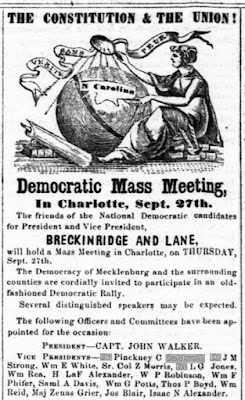 Dr. P.C. Caldwell seems to have become interested in politics during the 1861 election when he supported Democrat John C. Breckinridge. 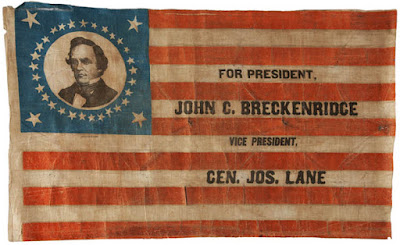 After the election was won by the "usurper Lincoln" as a local paper termed the Republican, Dr. Caldwell was elected president of Charlotte's local Secession Convention and went on to Raleigh where the die was cast. 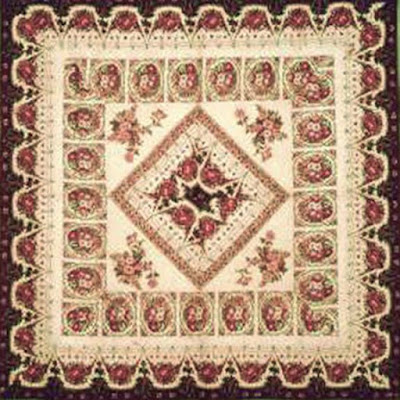 At home was wife Sarah Roxana Caldwell whose name is inked on the back of this quilt in the collection of the Mint Museum in Charlotte. Sally Wilson married Dr. P.C. Caldwell in 1831 according to the records of St. Peter's Episcopal Church. Born a Quaker Sally Roxana joined St. Peter's after her marriage and with her sister Elvira Catherine Alexander became an active member of the church. 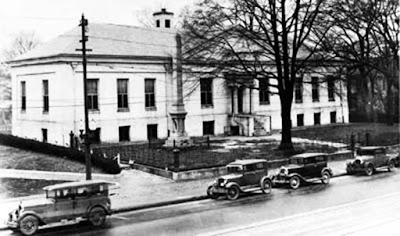 The Charlotte Branch Mint operated from 1838 until the Civil War.
The building is now the Mint Museum of Art Randolph

Sally (perhaps she was known as Roxana) and her sisters married well, with Laura marrying into the family of President James Polk. Elvira Catherine's husband William Julius Alexander was a member of the state legislature and Superintendent of the Branch Mint. 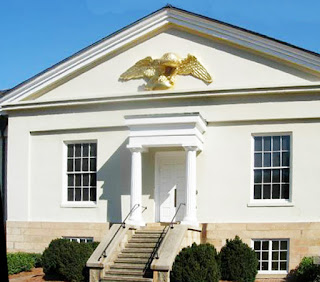 Sally's quilt and family memory speak of prosperity in antebellum Charlotte where her husband was a physician. She apparently gave birth to three children but baby Mary Elizabeth died after only a few weeks in 1845.

Son Joseph W. Caldwell joined his father's practice in 1854 when
he was about 21.

Corner of Trade & Tryon Streets about 1900 from the collection of the
Charlotte Mecklenburg Library. The Caldwells had an office on Tryon Street.

Reading the Western Democrat reveals that debt was a chronic problem for the Drs. Caldwell.

"N.B---All persons indebted to me by accounts are requested to settle the same at an early day."

And the next year their house.

Success is not measured in money and the Caldwells were a proud family of physicians and nurses.
Son Joseph became an assistant surgeon in the 23rd Regiment North Carolina Infantry when the war began and Sally's offspring nurse Kate Guion Babcock and Drs. Connie Myers Guion and Annie Parks McCombs were respected women in the health field well into the twentieth century. 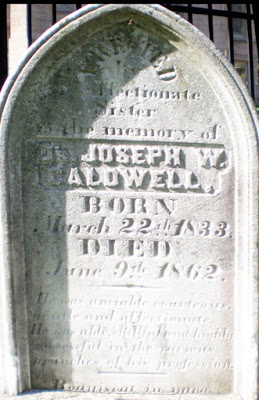 The Civil War took a personal toll as well as financial. Joseph died in the summer of 1862 at the age of 29 with no mention of cause or glory so we can assume his parents had little comfort in burying him at St. Peter's churchyard. 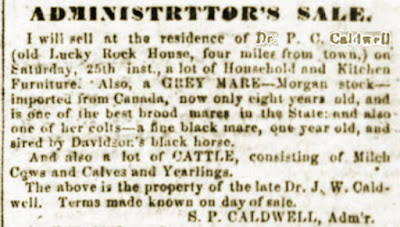 Sally Roxana died eight months later and the following month the family held a sale at their home at the "old Lucky Rock House, four miles from town," advertising household goods and livestock. P.C. Caldwell barely outlived the war, dying of consumption in the summer of 1865. 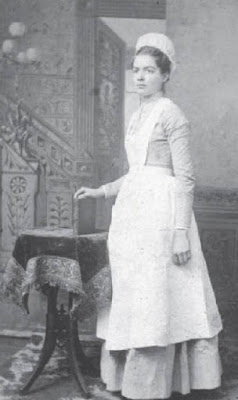 Granddaughter Kate Guion Babcock (1866-1943)
in her nurse's uniform.  She was the eldest of
Sally Roxana's daughter Kate's 12 children.

Sally Roxana's quilt passed down through Kate Guion's family; great-granddaughter Annie McCombs donated it to the Mint Museum. The quilt is a link to the Civil War and a strong family of women.

Read about the medical women in the Caldwell family:
Kate and her husband in Asylum Doctor: James Woods Babcock and the Red Plague of Pellagra by Charles S. Bryan
https://www.sc.edu/uscpress/books/2014/7490.html

Their sister Ferebe (Effie) Elenor Guion McCombs had one daughter, born after her physician father's death in 1901.  Dr. Annie Parks McCombs (1901-?) practiced with her Aunt Connie.

This was very interesting. I had no idea you could just vote your state out of the US. If it weren’t for insurances, I bet doctors of today would also have financial hardship. Thank you! Love your posts.

well you can't vote your state out. that's why there was a war.