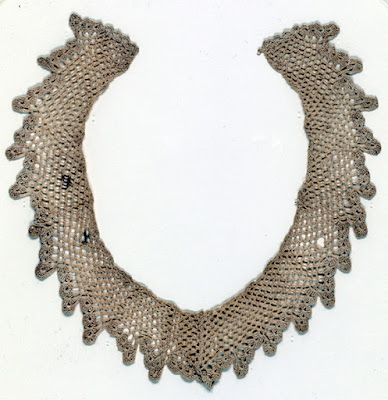 Crocheted collar in the collection of the Library of Congress
by Antonia Ford Willard, made for her mother Julia F. Ford

"This collar was was made in the old Capitol prison during Antonia's
incarceration there by herself and presented to her ma." 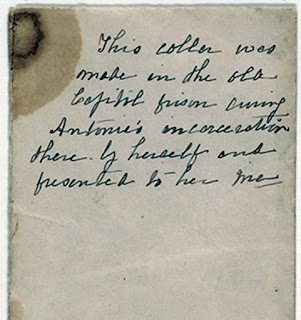 “This collar my Mamma must wear,
And she must wear alone,
I've made it in my prison cell,
Don't think me quite a drone.” 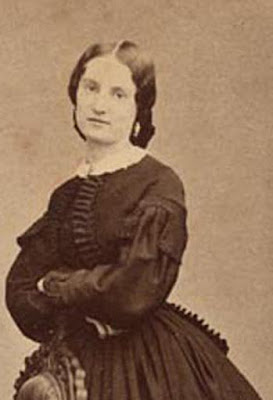 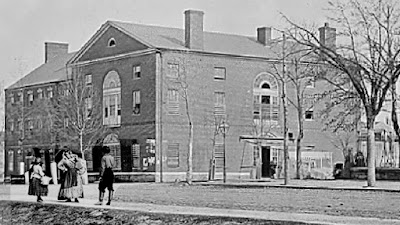 Antonia Ford was jailed in this building in Washington City during 1863 for spying for the Confederacy. 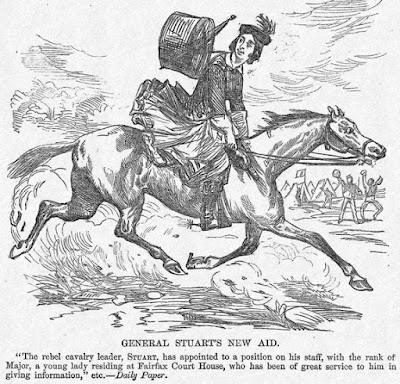 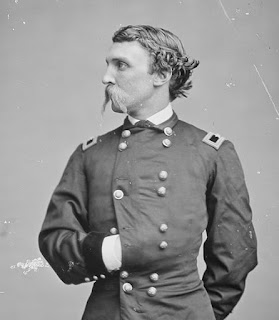 Mosby recalled, "I drew up the bedclothes, pulled up the general’s shirt, and gave him a spank on his bare back, and told him to get up.”

Stoughton's embarrassing capture ruined his military career. President Abraham Lincoln is said to have regretted the loss of the horses more than the 25-year-old General. After he was exchanged for a Union prisoner Stoughton resigned from the Army. 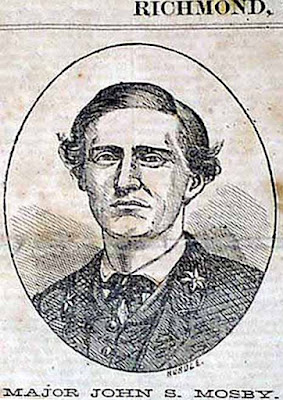 How did Mosby know where to find the General? 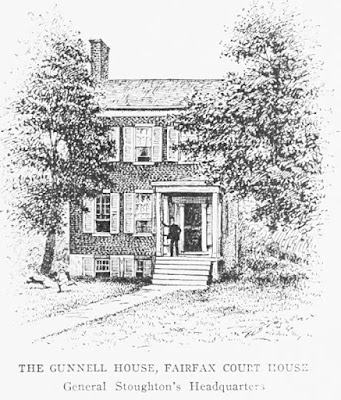 Stoughton's mother and sister had been visiting Edward R. Ford in Fairfax and the General attended a party at the Ford's the evening of the raid. Ford's 25-year old daughter Antonia apparently had been communicating information on Union activities to the Southern armies for months. She and her father were arrested and held in Washington, where one of their jailers was Major Joseph Clapp Willard. 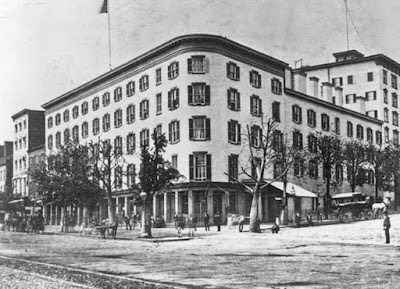 In civilian life Major Willard owned the famous Willard Hotel with his brothers. 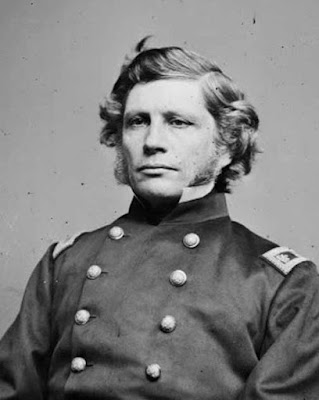 Willard was married to Caroline Moore Willard but they had obtained a separation a year before Antonia's arrest. Antonia and Willard began a romance while she was his prisoner. She was released in September, 1863.  Shortly after Caroline divorced Joseph and Joseph resigned from the Army, Antonia and he married in March, 1864. 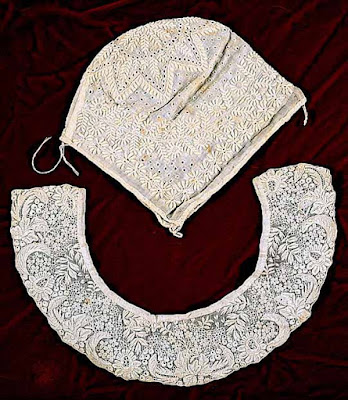 The Library of Congress has a large collection of Willard family papers, which includes two lace collars attributed to Antonia. The fancier collar above and lady's cap were probably worked during happier times.

After resigning from the Army Joseph returned to managing the Willard Hotel. Antonia and Joseph had three children but only one lived beyond his first year. Antonia died at the age of 33 on February 14, 1871. 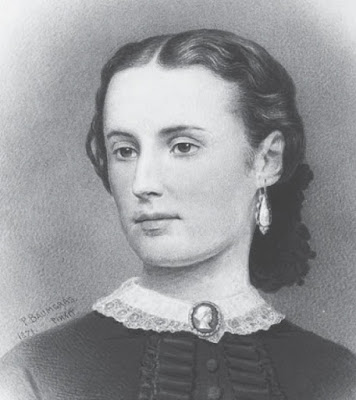 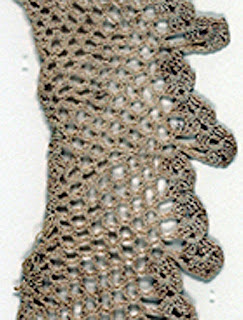 The crocheted collar looks to have been worked with a simple
cotton yarn---perhaps string---the kind of material a prisoner might be permitted.
Antonia appears to have been
someone who made the best of her circumstances.

There are many views of Antonia's life.  Amy Murrell Taylor offers a recent perspective in her book
The Divided Family in Civil War America
Here's a preview:
https://books.google.com/books?id=Mb2YZf5be_kC&printsec=frontcover&source=gbs_ge_summary_r&cad=0#v=onepage&q&f=false
And another from the Washington Post:
http://www.washingtonpost.com/wp-dyn/articles/A3438-2004Oct27.html
Posted by Barbara Brackman at 6:00 AM

What a story and lovely collars.

I wonder how bad the prisons were back then, and I’ll bet there were more women that did the spying. I know there was a woman who spied during the Texas-Mexico war. Thank you for the great info.