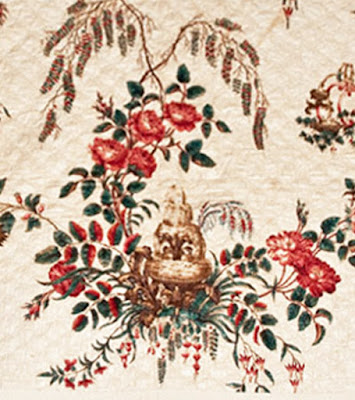 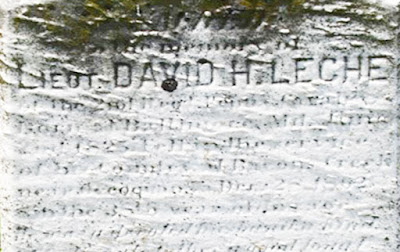 "In Memory Of Lieut. David H. Leche. Co.D 2nd Reg.
Pennsylvania Cavalry, born in Baltimore, Md. June 2, 1825. He fell in the service
of his country at Bacon`s Creek near Accoquan.
Dec 28, 1862 in the 38th year of his life.
He was a devoted husband and a dedicated father. A good man."

620,000 soldiers died in the American Civil War, each leaving broken-hearted family and friends. This one casualty tells us something about the ease with which people crossed the Mason-Dixon line. Leche died for the Union but he had once been a slaveholder in Maryland. 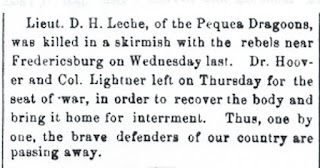 Born in Baltimore he and Hattie began married life on a farm with 8 slaves, according to the 1850 census. 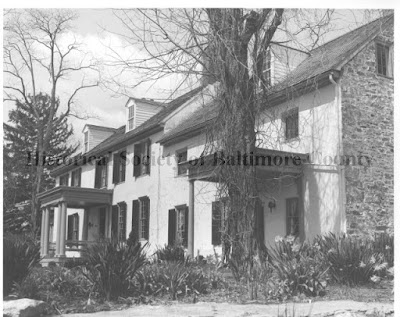 Collection of the Historical Society of Baltimore County
Lime Spring Farm in northeastern Baltimore County
might have been a wedding present for David and Hattie
from his parents Jane and David Leche.

In 1858 they sold their 222 acres and moved to Hattie's home county Lancaster in the free state of Pennsylvania. Both David's parents had died in the early 1850s.

David's mother Jane had been born in Cumberland County, Pennsylvania. Jane Weakley (1792-1855) married Irish immigrant David Leche in 1819 and moved to Baltimore where her husband was a successful dealer in textiles, a dry goods merchant. 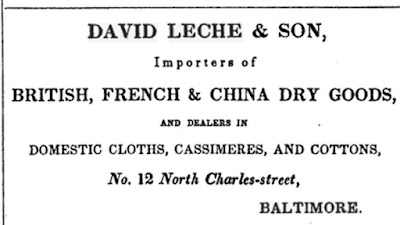 1845 advertisement for David Leche & Son,
which was at the corner of Charles and Fayette Streets... 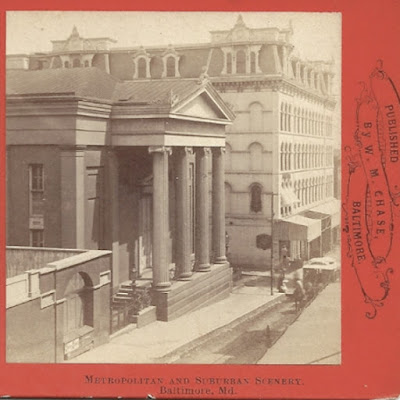 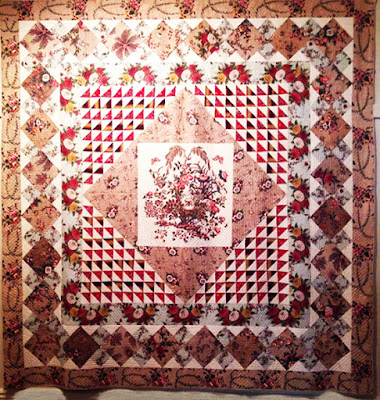 now in the collection of the Virginia Quilt Museum.
They estimate it to date from about 1825. 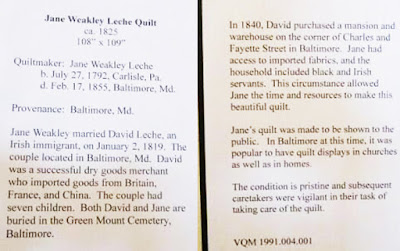 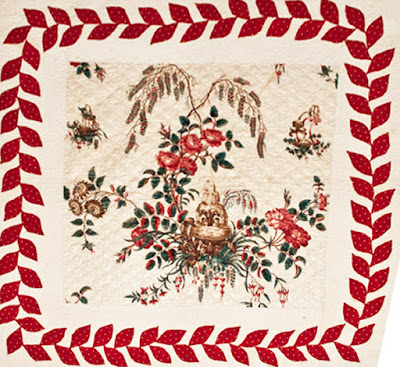 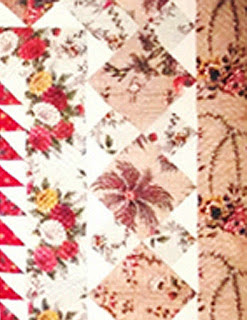 Jane had access to the newest imported goods at the Leche store, framing her cut-out chintz center with a brown up-to-date floral. 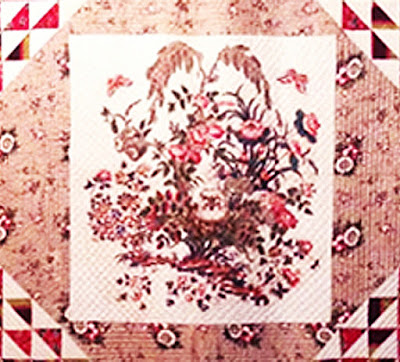 The brown print had a background of what was called a fancy machine ground,
a fine net. 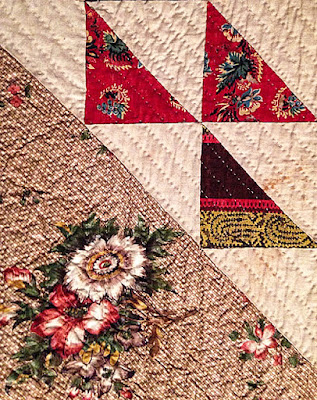 And triangles of Turkey red.
The best photos of Jane's quilt are at Kara Mason and Teri Young's blog post:
http://needleseyestories.blogspot.com/2017/05/

David was Jane's only child so the quilt might have come down through his family and the five children he left. She died five years before the war began, leaving a small heirloom from her generation.

Wow, this hits close to home! My great-grandfather was a Baltimore tailor at 330 N. Charles Street, on the corner with Pleasant Street, in the late 1800s and early 1900s. Apparently, he had many customers of the "smart set", and sewed riding clothes and habits, aka "turn-out".

Another great-grandfather was a grain and hay merchant and maybe had a livery stable in the same area. If memory serves me, his family lived on Charles or Calvert Street.

I credit this family history for my love of quilting, sewing and horses.

Thank you for another interesting story, Barbara.
...And, a fabric design idea: panel prints are so popular now. It would be wonderful if there were panels that reproduced the chintz pictures used in broderie perse. The rest of the line could be coordinating prints. (Moda, are you listening?)