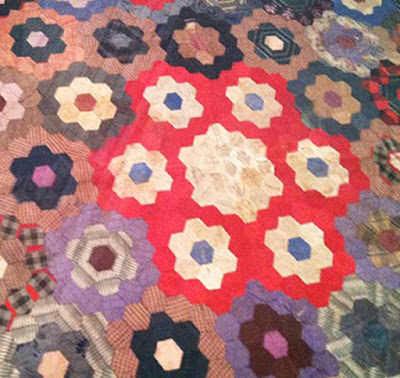 Signatures in the white hexagons in the center are now mostly unreadable but one is U.S. Grant. 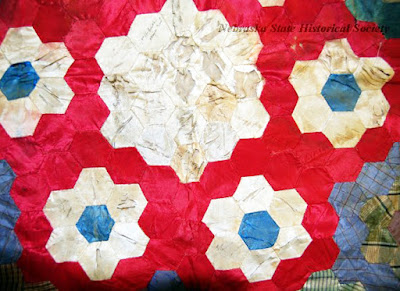 The ink chemistry has shattered the silk. 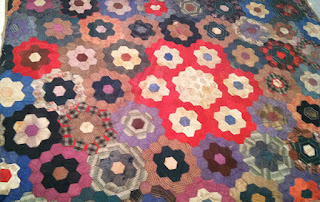 Mosaic quilt consisting of pieced silk hexagons...There is a central hexagon, all in white silk, that has signatures in ink, including that of U.S. Grant....[Others] one appears to be "Wm (?) Smith, Major General" ne begins "U. S..." and has a"'64"at end. One has "Clint(?) B(..)sk, One has "Geo. (T or J) Nea(?)....This quilt was purchased at a Union sanitary fair in St. Louis during the Civil War. Nellie Grant, daughter of General Ulysses S. Grant, presided over the booth from which it was purchased. General Grant and eighteen others signed the quilt in ink. Credit line Henry Blum, Lincoln, Nebraska and Joseph A. Blum, Des Moines, IA. 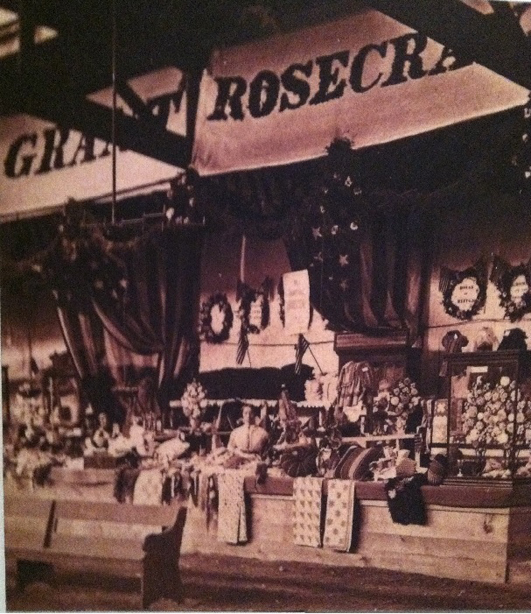 Women and quilts
at the Mississippi Valley Fair

About a year ago I wrote a post on photos of that 1864 St. Louis Sanitary Fair, called The Mississippi Valley Fair. The Missouri Historical Museum has a set of stereocards photographed by J.A. Scholten 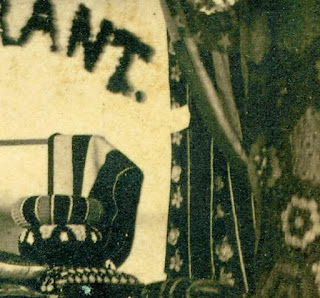 In the corner of one of the photographs is a hexagon quilt,
very much like this one. 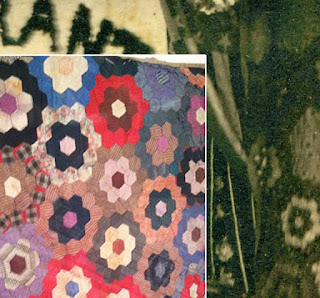 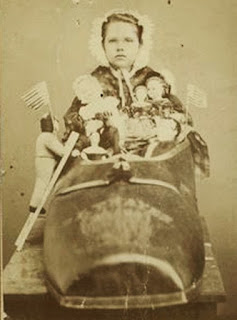 The family story even mentioned Nelly Grant who attended the fair and sold copies of the photo above.

See more about this remarkable quilt at the Nebraska State Historical Society.
http://nebraskahistory.pastperfectonline.com/webobject/E93A9A45-DE03-4978-B881-436028479847
Posted by Barbara Brackman at 6:00 AM

That is an amazing quilt and it made its way to Nebraska, wow.

Thank you for your post. This is excellent information. It is amazing and wonderful to visit your site.
wholesale cement suppliers in guntur