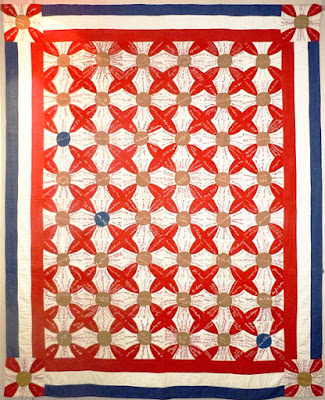 This was probably a fundraising quilt, made to make money for the WRC's charities in the early 20th century. 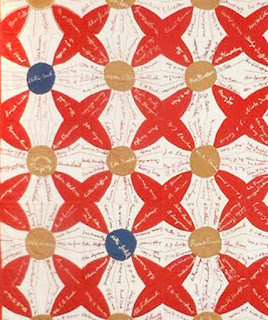 The detail shows the fading of the blue fabric
used in the dots, a good clue to a date after 1880.

The pattern is unusual. If you look at it as a block
you can see that it's a Maltese Cross 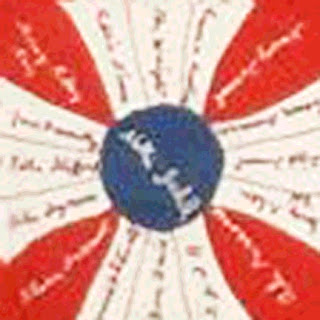 The official image of the Woman's Relief Corps. 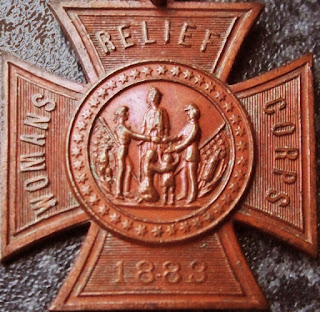 If I had all the money in the world I'd have a giant exhibit of actual Civil War quilts (in the armory in New York City) and I'd certainly include this one in the large area devoted to quilts made by the WRC about 1900.

Since I don't have the funds to do the show we will have to settle for a virtual exhibit, which is on a Pinterest page I've been working on for several years.
Check it out here:
https://www.pinterest.com/materialculture/quilt-civil-war/ 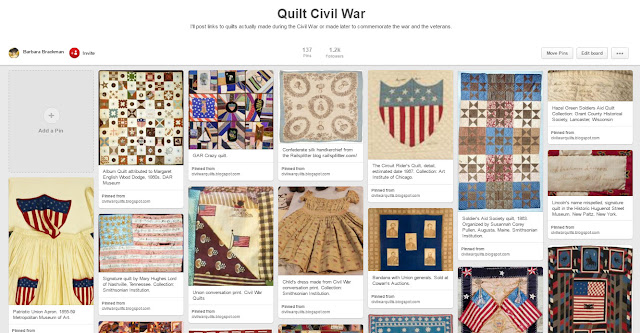 I ignored it for a few years but I have recently figured out how to update it.
You can look at it as a virtual quilt exhibit with dozens of quilts made during the war to celebrate the cause or to warm a soldier or a patient. There are theme quilts made before the war, particularly advocating the abolition of slavery, and many mourning and commemorative quilts made after the war. 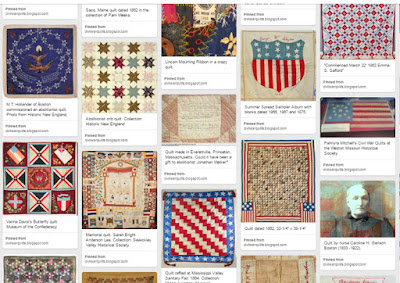 On the Pinterest page: Click on the pictures (twice I think) and it will link you to a post at this blog,
which will have links to the sources and more information about the quilt and its maker. 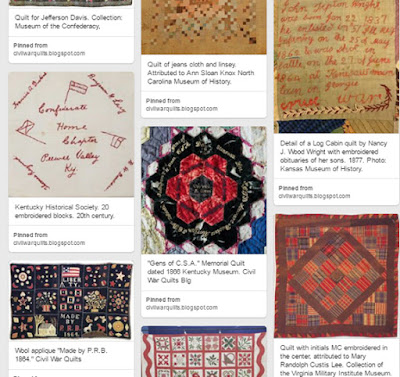 Someday some museum with all the money in the world might like to do a show on Civil War quilts and this page could provide many leads to examples for exhibit. 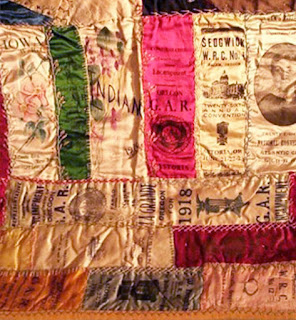 Crazy quilt with border of commemorative ribbons
including many from Oregon GAR reunions.
Early 20th century.
Collection of the High Desert Museum. 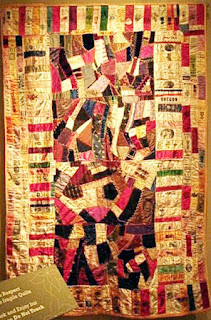 All the money in the world? I wonder what it took to gather and mount the Home Front & Battlefield exhibit, and take it on tour. Admittedly not all the quilts on your pinterest page, but still, something of a base line. Sometimes dreams come true.

Love your board and the idea to have a monumental show!!

Get daily ideas and methods for generating $1,000s per day FROM HOME totally FREE.
GET FREE ACCESS NOW