Sets for the Threads of Memory BOM 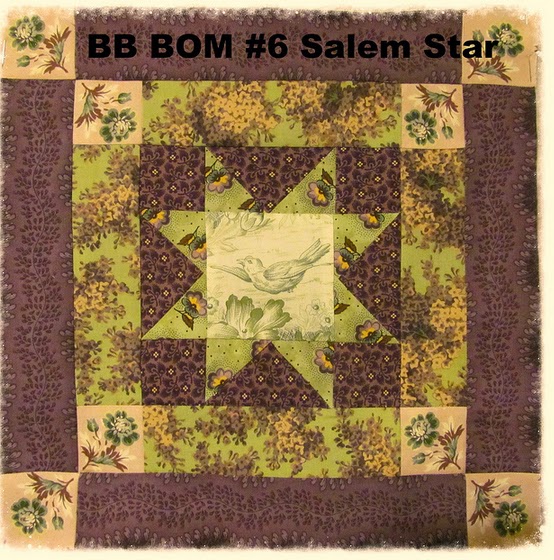 #1 Salem Star by Debra R.
Threads of Memory
I know you've all been busy, saving your setting stitching for 2015.
We are going to see some spectacular samplers over the next few months.

Debra has been working with a bird theme, an apt symbolic image
for a quilt about slavery and freedom. 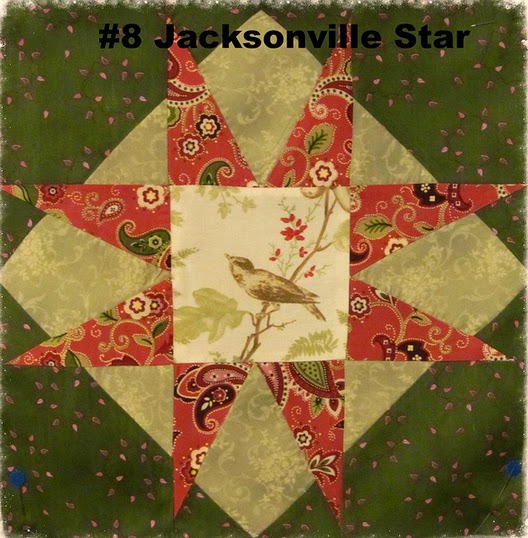 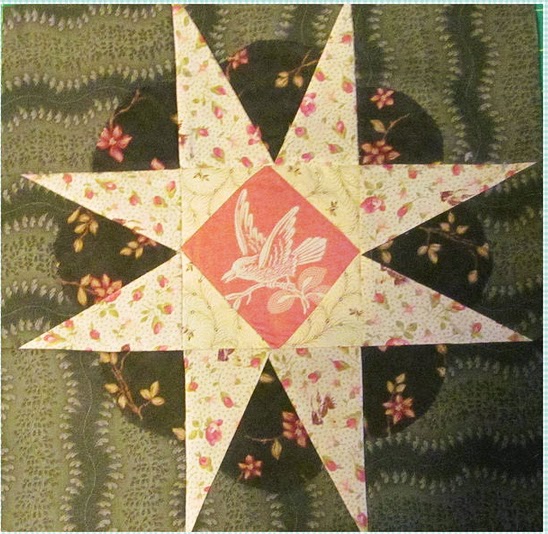 See her Flickr page for Threads of Memory here:

We can use this post to collect instructions for the sets. I'll put a link over in the sidebar so we have URLs for all of them.

See the post with instructions for the "official set" here:
http://civilwarquilts.blogspot.com/2014/02/three-fancy-sets-for-threads-of-memory.html 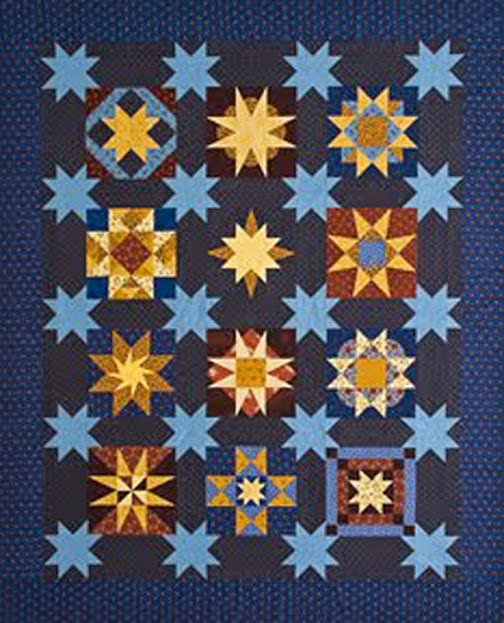 When Jean and I did this quilt top with stars in the sashing several years ago for a C&T pattern we called it Chords of Memory. 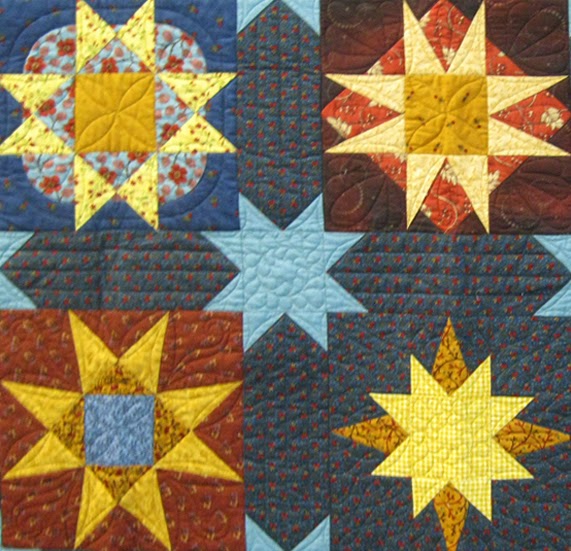 Detail of Chords of Memory, quilting by Lori Kukuk 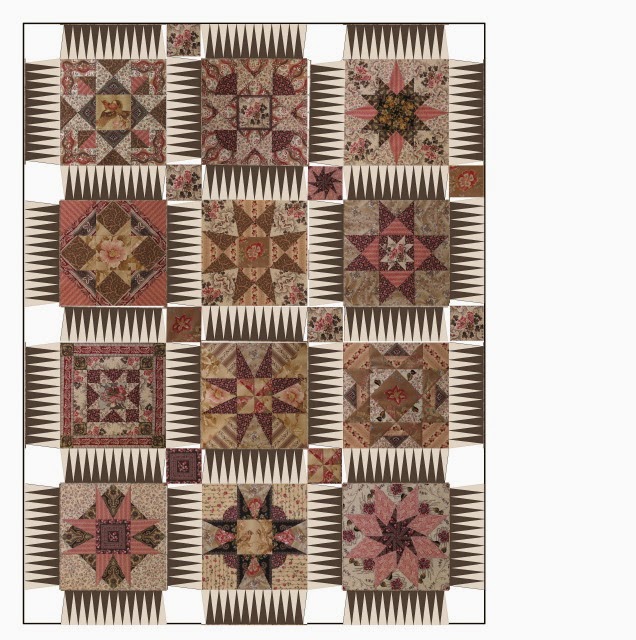 Becky Brown, sketch for a set. 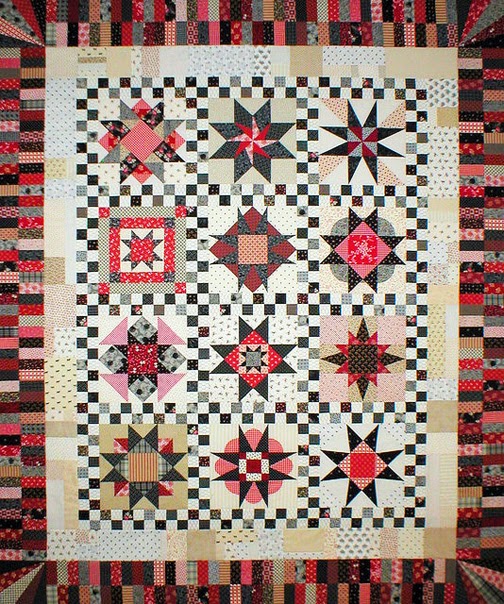 And you will want to check this address periodically to see stitchers finishing up their tops
StitchnKnit has set up a Flickr page for Threads of Memory finished samplers
https://www.flickr.com/photos/86465285@N08/galleries/72157649839111479/ 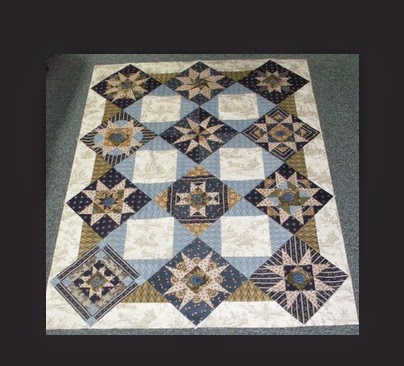 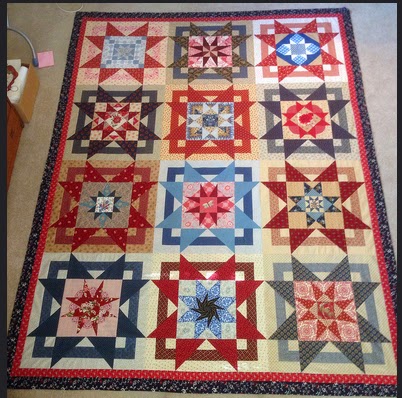 I really like the blue setting, with the bird in the middle, nice combination.

I'm smitten with the last quilt, Terry's, with the extra stars as frames for the blocks. Lovely!

Beautiful quilts! Each of them are gorgeous stunning!

Love the bird symbolism and all your lovely fabric combinations.