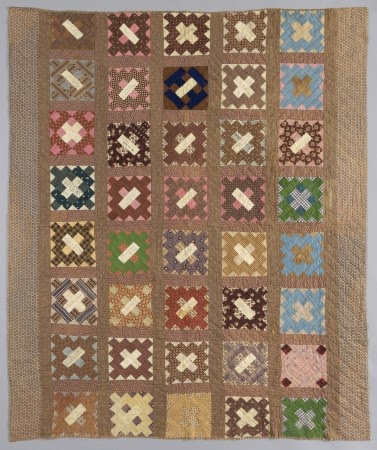 This quilt is on exhibit in Home Front & Battlefield at the New York Historical Society.
http://www.nyhistory.org/exhibitions/current-exhibitions

Dated a few months before the end of the war, the album was probably made in a Soldiers' Aid Sewing Society. Several of the blocks have extensive inked sentiments with patriotic themes. 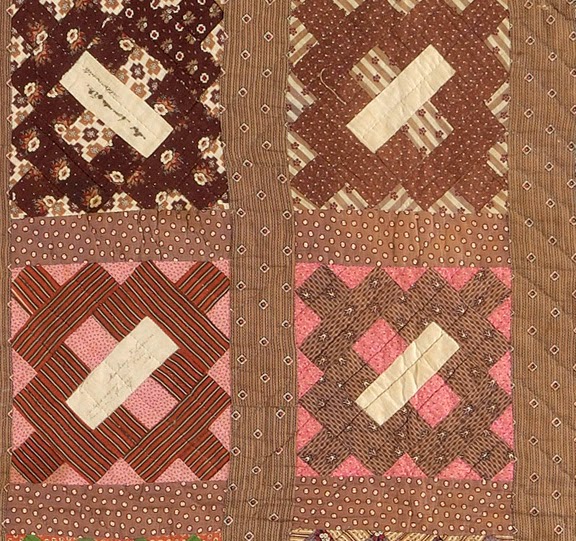 The quilt may have never made it to a hospital or battlefield.
It's in wonderful condition.
So many of these were made; so few survive. 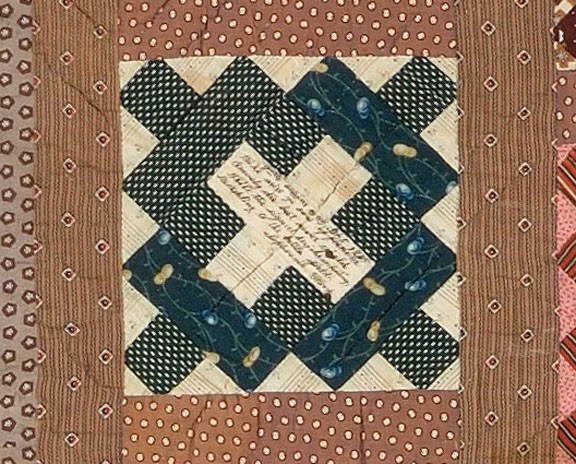 The Homefront & Battlefield catalog contains transcriptions of several of the other sentiments on the quilt. 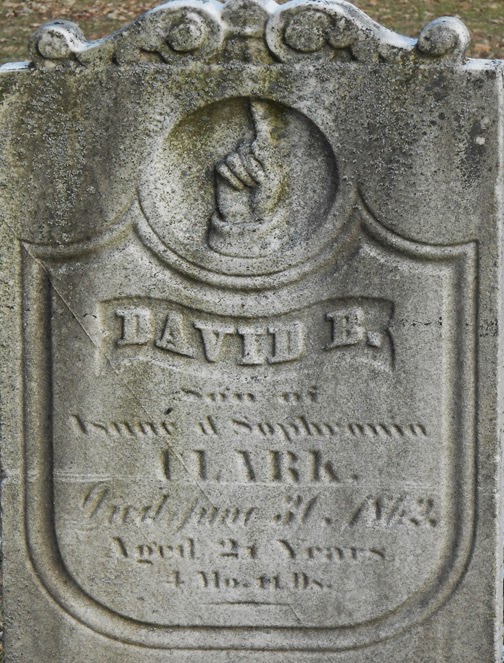 I love that quilt, and how they added the sentiments. It is a nice idea for our soldiers now, especially those recovering from injuries.

The names and dates in this article are poignant ...

I finally made it to the exhibit yesterday. What an excellent exhibit it is. Thank you so much for mentioning it in your blog. The whole display brings a very different perspective to the devastation of the Civil War than I had had before.