Hooked rug with Grand Army of the Republic image in center.

Rug-hooking was a post-Civil War crafts fashion. We can find a few in the rug subcategory
of Civil-War-commemorative textiles 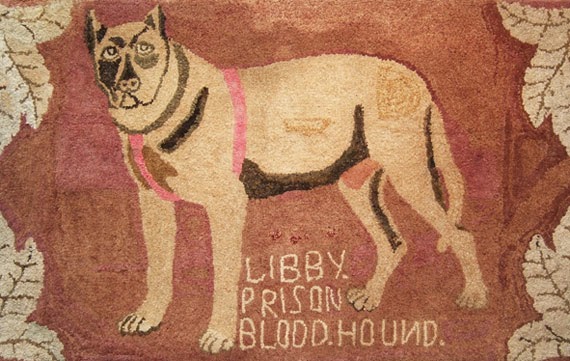 This rug recalls a guard dog at the Confederate prison for Union captives.
Read an online essay by Jeni Sandberg about the commercial pattern here: 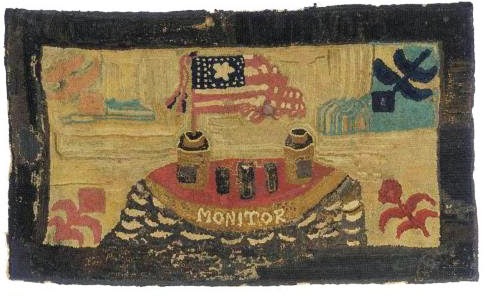 Here's a remembrance of the Union ironclad ship The USS Monitor. 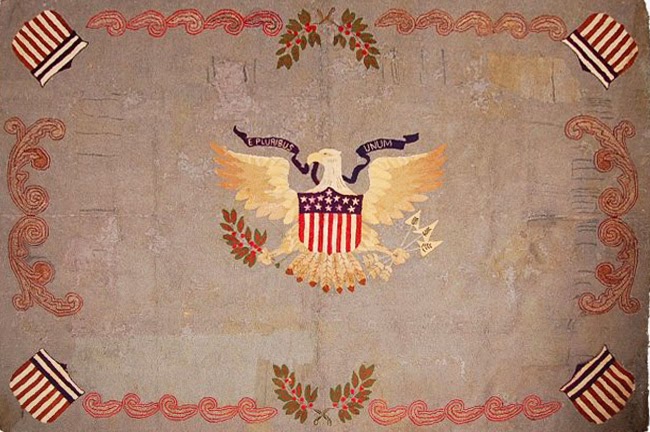 Many rugs with shields and other Union imagery from the turn of the 20th century survive.
Without a direct Civil War or veteran's organization reference, however,
we have to categorize them as patriotic rather than Union.

Beautiful rug examples. I really need to finish the large one I started, it is a fraktur style I did with my designs.

Those are all extraordinary rugs! Thanks for showing them to us. Designs in quilts and designs in in hooked rugs are so often related, if not simply copies.