Finishing Up the First Block-of-the-Month 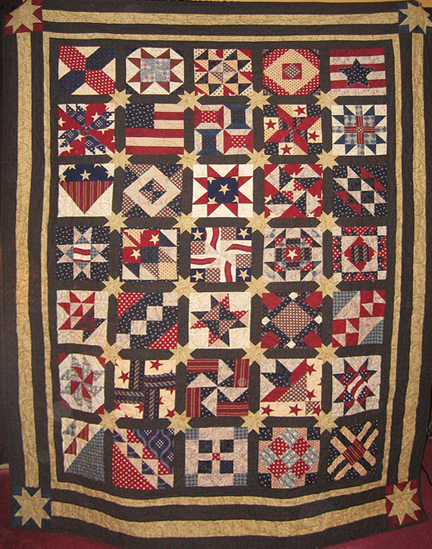 Civil War Sampler
by Lori B
35 blocks
Here are a few recent finishes to the Civil War sampler we started in January 2011, the first month of the sesquicentennial commemorations of the Civil War. 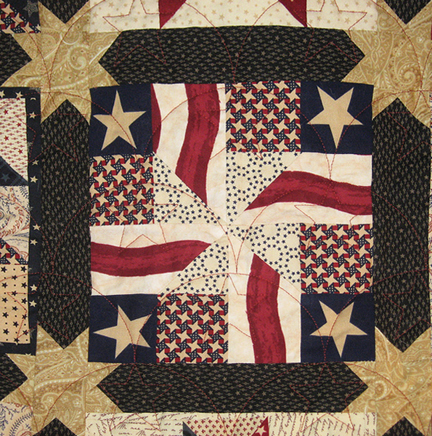 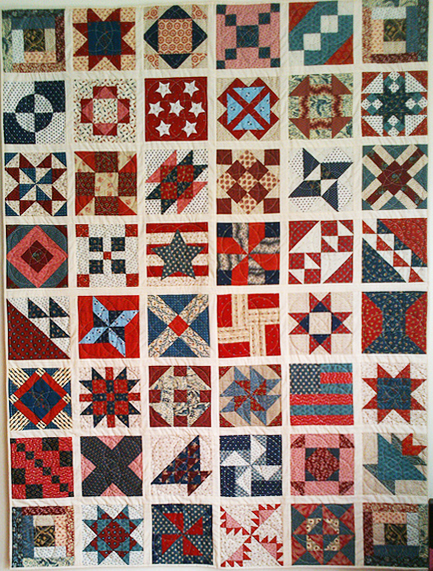 She's finished hand quilting it and it hangs in the living room. 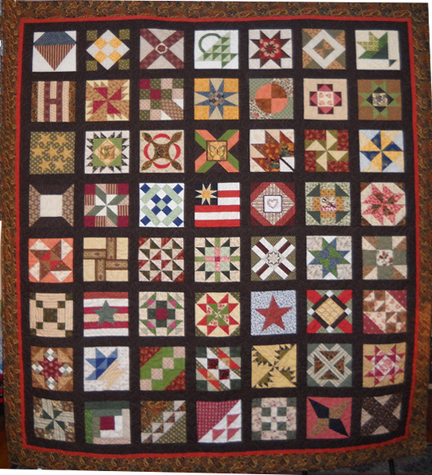 Peggerly's set is similar but in the opposite contrast.
Now, I might have shown you these before but I imagine you'll enjoy looking at them again. 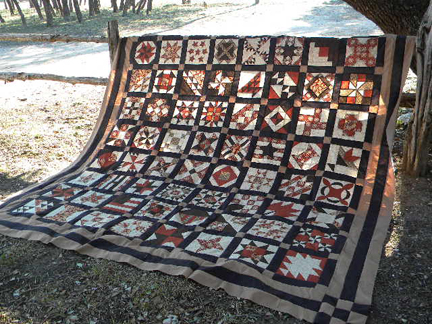 Here is doniene's finished top with the sashing plus cornerstone set. 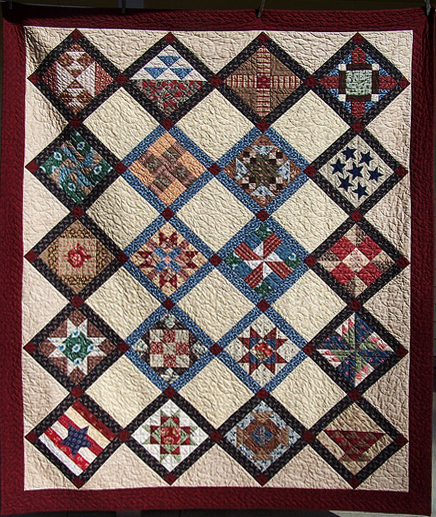 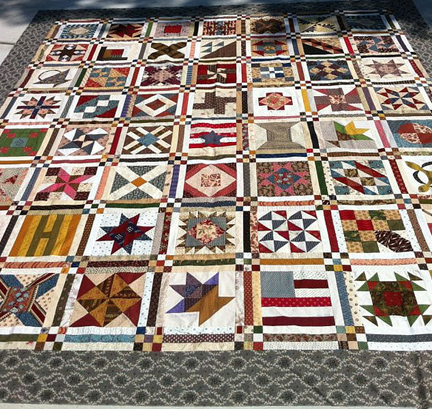 Contrary to her name Msdolittle has her top done. She used the same set
Becky Brown used for her cover quilt. 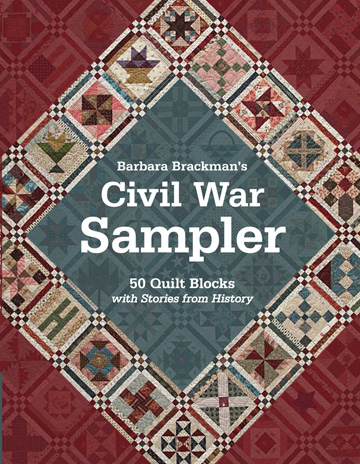 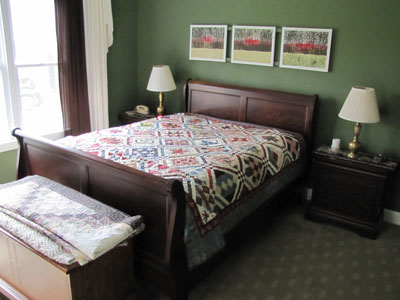 Those really look beautiful made up and they did a beautiful job on fabric selections.

Hurray! I finally have my top done too minus the very outside borders which I might leave off while I hand quilt the rest this winter. I did some wool work in the center and just can't justify machine quilting it.

I love your quilt. Beautiful color choses. I want to start one soon.
Stephanie

The finished quilts look amazing they are beautiful. The fabric choices are perfect.