A Freedmen's Fair in Chicago 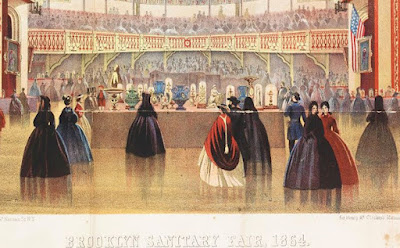 Brooklyn's Sanitary Fair, 1864
We know quite a bit about women's work during the war, particularly about raising money for soldiers' aid with Sanitary Fairs to fund the Union's Sanitary Commission. Other types of charity fairs were conducted too and one of the largest was the Northwestern Freedmen's Fair held at Christmas season in Chicago in 1864, about five months before war's end. 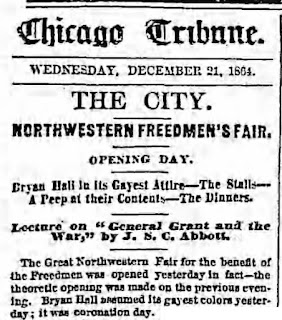 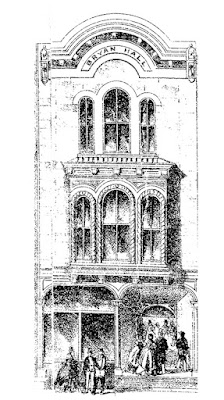 Funds went to the work of the Northwestern Freedmen's Aid Commission to be spent on various projects to aid the former slaves' transition to freedom, such as food, bedding and clothing, education and training. They also focused on the needs of Black soldiers' families. 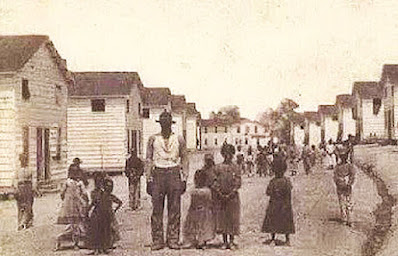 Resettled at a Freedmen's Village in Virginia 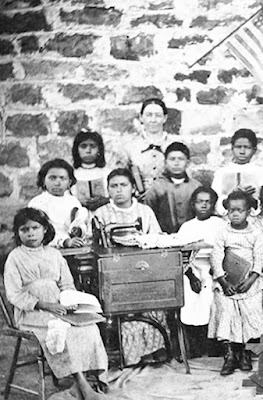 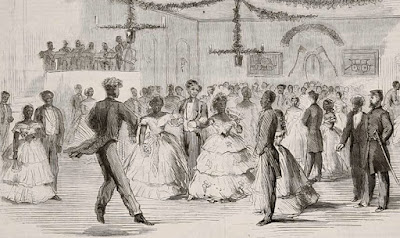 Festivities in Chicago followed standard fair format, beginning with patriotic speeches and a ball. Over the four-day event customers bought refreshments, knick-knacks and useful items such as homemade pen-wipers from tables headed by pretty young women who came from Wauwatosa, Keokuk and Peoria. I'd imagine several quilts exchanged hands but the only reference I can find is to an "Afghan Quilt."

Six African-American women from the Colored Aid Society worked on one. Did it sell?
And what is an afghan quilt? It's not a typical combination of words. 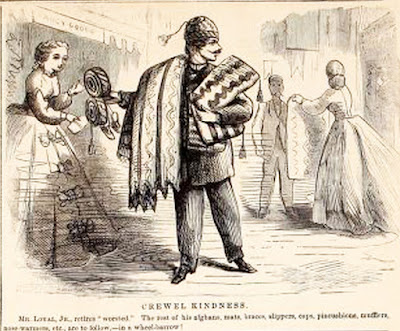 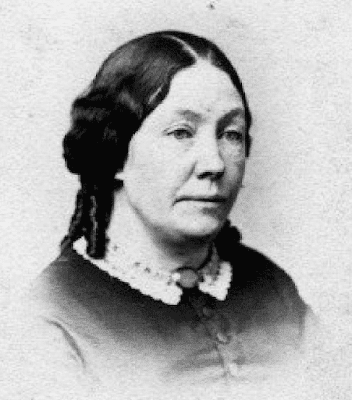 Ellen Ewing Sherman (1824 - 1888)
The second mention of an "Affghan" (it may be the same textile)
is after the fair when General William T. Sherman's wife was given one valued at $250.

Ellen Sherman was not first choice as recipient.

And it was several weeks before she received the gift. 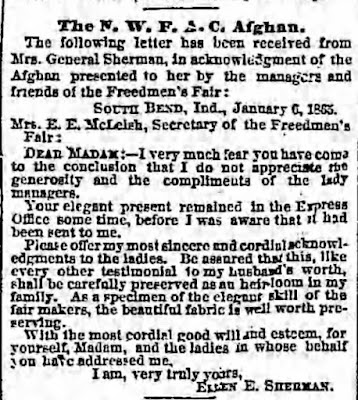 This was probably actually an afghan, a knit, knotted or crocheted cover, but it may have been
a textile from Afghanistan. Probably not a quilt as such. 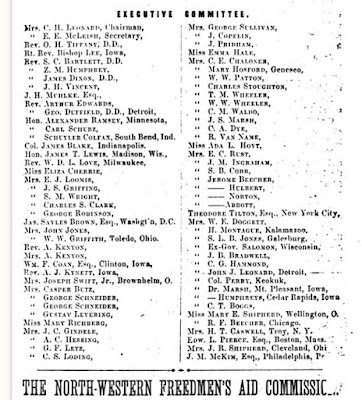 People in charge---lots of them.
Posted by Barbara Brackman at 6:00 AM