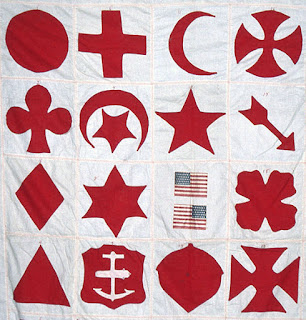 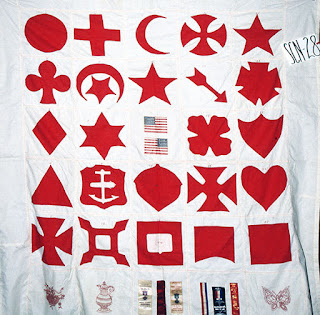 The top was recorded in the New York project's records.
https://quiltindex.org//view/?type=fullrec&kid=49-142-24
The family reported that Mary Bass was the grand mistress of the local G.A.R.
the Union Army's Veteran's Association (probably the Women's Relief Corps, the
Ladies Auxiliary.) 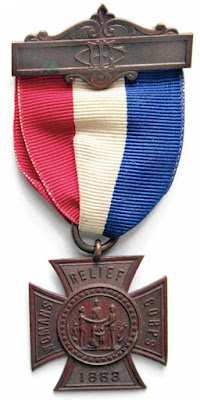 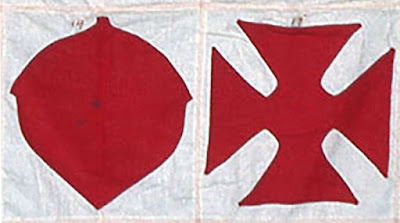 Mary numbered each corps logo so there must have been a key.

She also included ribbons from W.R.C. meetings and a little
redwork outline embroidery

Ribbon from a convention in 1895

These G.A.R. and associated W.R.C. meetings were an important
aspect of late-19th and early-20th century social life.
We can imagine Mary showed off this quilt top at several meetings. 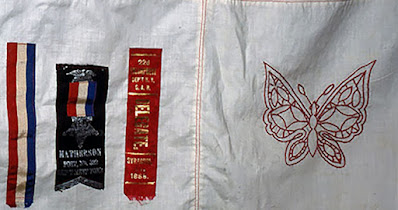 Mary Grennell was a young teenager during the Civil War. Did she know her future husband Isaac Cicero Bass (1847-1923) of Hope who enlisted in Company H of the 69th NY Infantry in 1864 when he was 17? Satterlee Hospital in 1854
Isaac was wounded at Petersburg, Virginia, towards the end of the war and mustered out at Philadelphia's huge Satterlee Hospital in June, 1865. They married in 1867 and raised one son William H. (1869-1934). Isaac taught and farmed on a small scale. A county biography tells us he was also a mechanic, manufacturing brush handles. 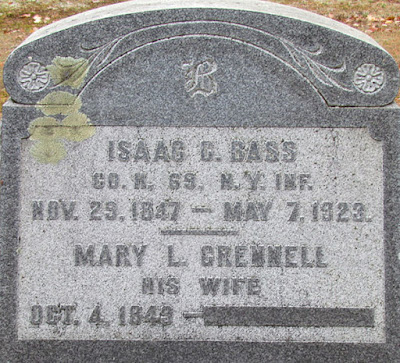 https://www.findagrave.com/memorial/112270095/mary-lucina-bass
No one paid to have Mary's death date recorded on their tombstone (she outlived son William)
but we see she was 89 in the 1940 census living on Second Street in
Northville. 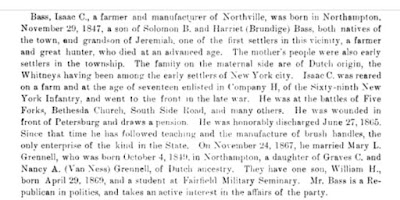 I looked up the Satterlee Hospital; quite a place. I imagine many quits were sent there for the patients!