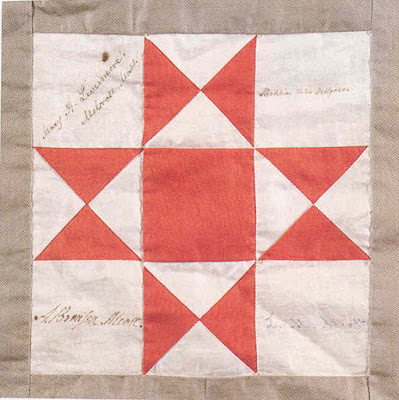 "This quilt is a compendium of America's political, military, and cultural leaders of the Gilded Age. It is a remarkable testament, in particular, to the prominence of Massachusetts literary figures." 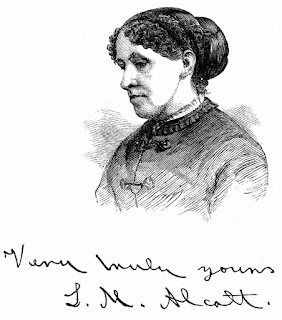 Certainly one would want to include Louisa May Alcott and her father in such a pantheon. Sarah Gallup collected enough signed linen squares to make two tops. She tied this one and donated it to an 1890 G.A.R. fair to raise money for the veterans' group. Rather than raffling off the quilt (GAMBLING!), the committee devised a puzzle of logic, " a very difficult problem," according to the Fitchburg Times. The first to figure it out received the quilt. (A cash donation of 15 cents was required to take a guess.) 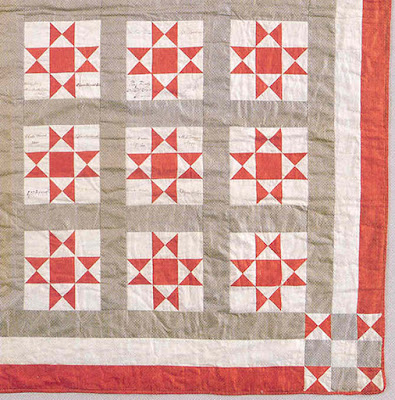 It was once red, white and blue but the sashing fabric (a twill cotton probably dyed
with a synthetic blue) has faded to gray.
The second top was never finished and remained in the family. This one has been well-documented in the book and at the Quilt Index where it is one of the quilts transcribed in their Signature Project. It was auctioned at a Skinner Auction in the 1970s and purchased at a Waltham antique shop. Pat Flynn Kyser wrote about it in Quilt World magazine in the 1980s. The second quilt and an album telling of the project's making were inherited by a New Hampshire relative. Their location is now unknown. 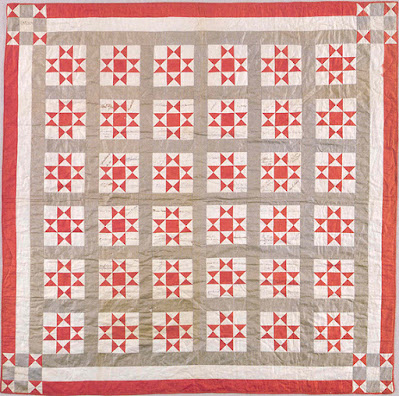 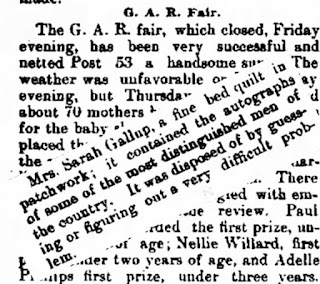 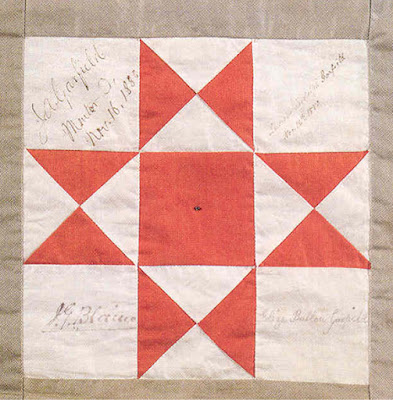 President-elect James Garfield signed a block in November, 1880, about ten months before he was shot and killed. Wife Lucretia Randolph Garfield also signed as did his mother Eliza Ballou Garfield. 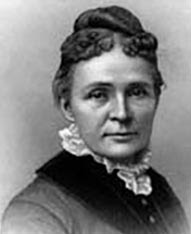 Lucretia Randolph Garfield (1832-1918)
The list of signatories can be found at the Quilt Index and in the book Massachusetts Quilts: Our Common Wealth.
Link to the file:
https://quiltindex.org//view/?type=fullrec&kid=2-33-5
1880 when Sarah began collecting signatures she and her husband James Gallup were living with her mother Hannah Spaulding Colburn in Leominster. Daughter Nellie G. Shepley was 17 and a niece and a nephew, probably brother Charles' grown children were also in the home. James Gallup worked in a comb factory as did a boarder. 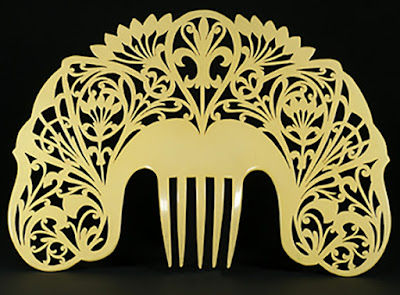 Sarah was an active member of the Leominster Women's Relief Corps, the auxiliary of the Grand Army of the Republic (GAR) veteran's group, President at one time. Her quilt project would have been a lot to ask of one person but we can imagine her corralling her family and her friends at the WRC into cutting the linen squares, stamping her letters to the celebrities and opening the responses. 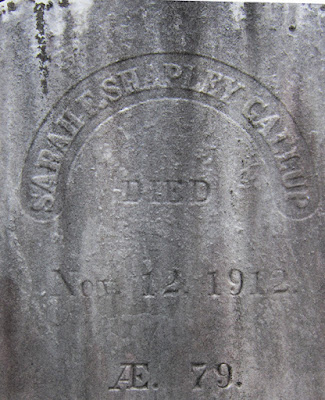 Sarah Colburn (1833-1912) was married twice. Her first husband David Shapley (Shepley) died of
the New England scourge tuberculosis in 1875. Two years later she married James Gallup who died in 1884. The 1910 census shows her living in a boarding house with daughter Nellie C. S. Upham and her husband Willis H. 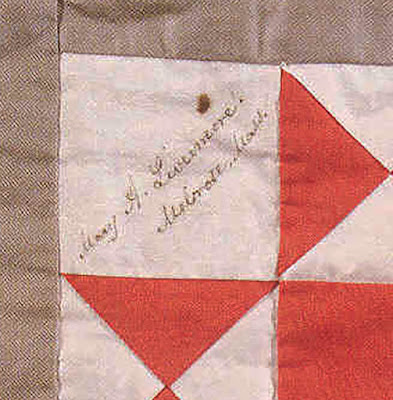 "Mary A. Livermore.
Melrose, Mass."
Sarah would probably be pleased to know her quilt survived but she'd undoubtedly have a complaint about that blue cotton twill.
Links:
https://www.findagrave.com/memorial/44394852/sarah-frances-shaply_gallup
Posted by Barbara Brackman at 6:00 AM