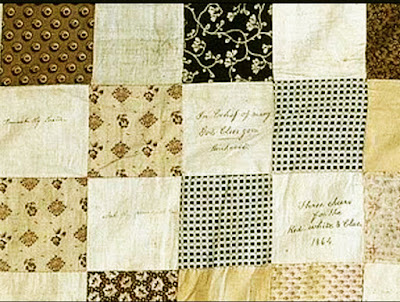 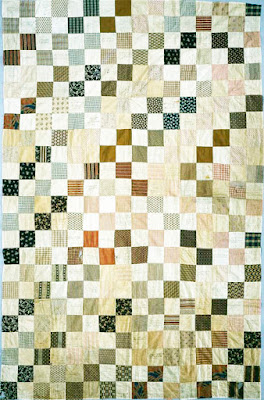 Except for the rousing inscriptions it's a dull quilt, perhaps reflecting the state of the Union family  scrapbag in the final year of the war. 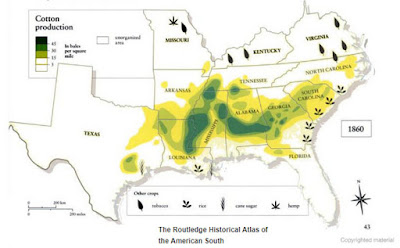 Cotton growing areas in 1860, map from
The Routledge Historical Atlas of the American South by Andrew Frank 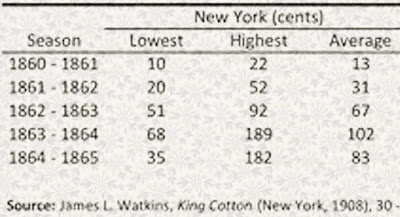 The 1863-1864 season for cotton was the most expensive during the Civil War, with this table indicating that cotton costing 13 cents per pound beforehand averaged $1.02 per pound in New York, more than nine times the pre-War price.  Pre-war cotton at about 10 to 13 cents would make a bale worth $45 to $50. The highest price recorded was $1.89 a pound the winter of '63-4. If a bale weighed 450 pounds: $850.50. Certainly speculators and blockade runners were making money. The price stayed high through the last winter in 1865. 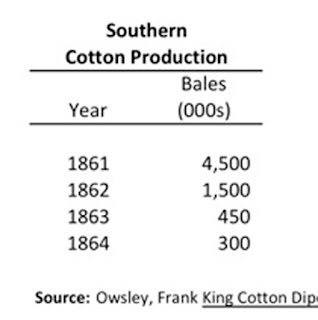 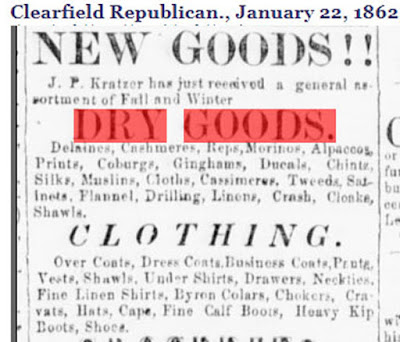 I read the Clearfield (Pennsylvania) Republican, looking for dry goods ads and found, as to be expected, quite a few more during the war years in Pennsylvania than one would find in a North Carolina paper, but like the Southern papers the tempting descriptions of dress goods and household cottons disappeared. 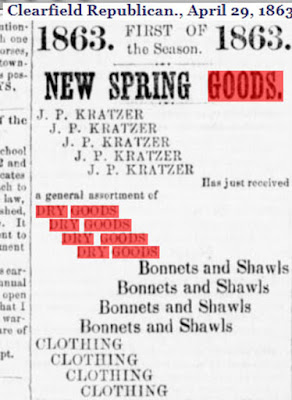 In April, 1863 Dry Goods was the extent of the description at Kratzer's. 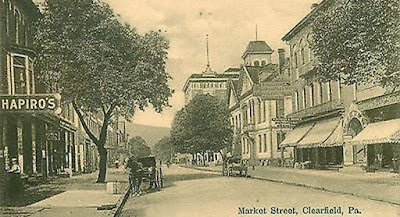 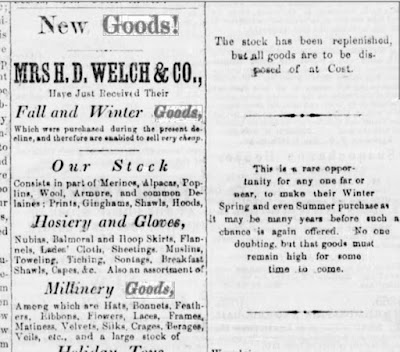 After the war was over prices inevitably crashed. Mrs. H. D. Welch could advertise that she had purchased Fall and Winter goods in 1865 "during the present decline, and ... enabled to sell very cheap." She had wools of various weaves and cotton prints and ginghams. 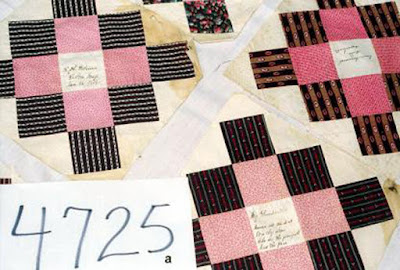 Set of blocks dated 1864, Mass Quilts and the Quilt Index. 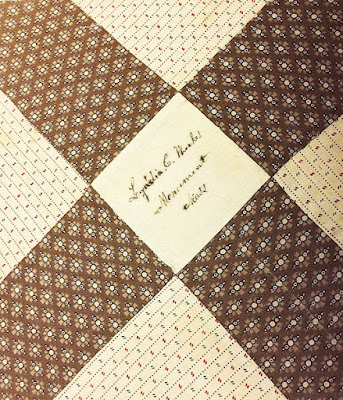 From a set of blocks dated 1863, Massachusetts

The price of wartime cotton seem to have an inverse relationship to the number of dated quilts. The higher the price, the fewer quilts dated that year---with 1863 the most extreme.

You'll be glad to know the price of cotton has dropped since a June, 2018 high of 97 cents per pound.

I see alpaca in the midst of that. Very interesting that after all these years, breeding alpacas for quality fleece has only been popular in the last 20 years or so. Dwindling with the high cost of the best animals though.
I also wondered what "crash" was - not a term I've heard before apart from vehicular!

Fabric prices seem to be go up when new lines come out then drop once it’s out and a few months old. I know I like to buy the newest line. Here in Texas I have seen those sticks of cotton. A lot are sold in stores. My daughter said that people say, “buying those cotton sticks is racist, as it goes back to the slave days.” I wish that word never existed. It seems to be used very freely these days.

Lizzy - I did add an inflation adjustment. I assume that's a given. I tend to ignore it because the adjustments are so variable.

And Judy---Alpaca. Here's a link to a discussion of "alpaca goats"

And crash was a coarse cloth---what we might see as "homespun".

"Crash, any of several rugged fabrics made from yarns that are irregular, firm, strong, and smooth but sometimes raw and unprocessed"

Ahhh that explains it, thank you Barbara.

Considering that the places where the mills turned the cotton into cloth was in the north, it makes sense that they would have the quilting and clothing fabrics of cotton sooner than the south would.