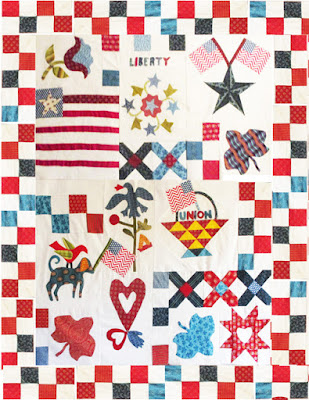 My digital sketch that isn’t totally to scale but you get the idea. 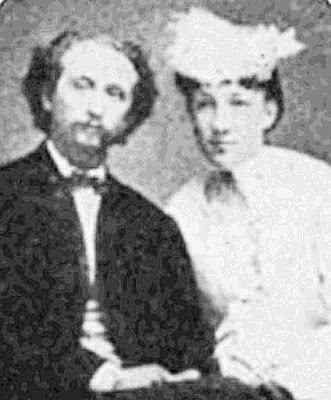 While the Civil War was ending Carrie's sweetheart Edmund Clarke was recovering from his wounds. According to his obituary:


"He was disabled for manual labor for several years. Having partially recovered his health, he again began teaching, but this lasted only a few months."

He and Carrie married in September, 1866 and they moved to his home town of Naples, New York in 1867. 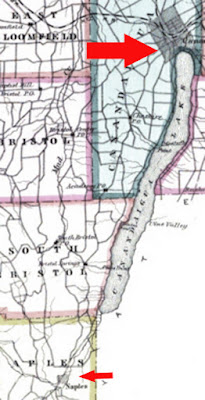 Carrie's new home was south of
Canandaigua Lake. Naples was a village;
Canandaigua on the lake's northern edge was a city. 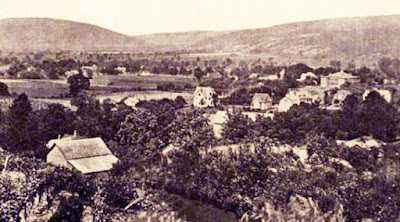 Naples
Naples's agricultural specialty is grapes. According to Nancy T. Hayden in her Guide to Village Life in America,  Carrie and Edmund became grape growers.

Edmund also spent the decade after the war at various jobs, taking the census, clerking for the State Assembly in Albany, acting as a notary public and writing for local newspapers. In 1875 he opened an insurance office and later "took up a pension business [securing] nearly a thousand pensions for those who were legally entitled to receive them." 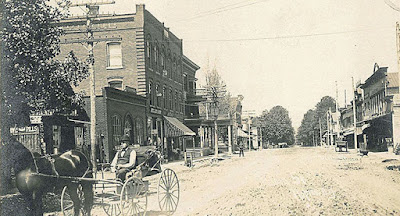 Carrie gave birth to four children between 1858 and 1878. All outlived her. Her obituary indicates that good-hearted Grandmother Beals had quite an influence on her:

"When Mrs. Clarke came to Naples as a bride, she at once became identified with church work....  Her charming personality, unfailing tact and loving kindness won for her the devotion of her family and a host of loyal friends." 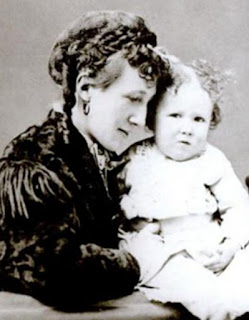 Carrie and her eldest Abigail about 1869

Carrie's brother John Morgan Richards, raised by their father, became a wealthy man. Soon after the Civil War he and his young family moved to England where he pioneered the art of display advertising in newspapers, promoting patent medicines like Carter's Little Liver Pills and American cigarettes. In 1872 Carrie, her Aunt Ann and brother James visited John in England. While they there abroad Carrie's grandmother Abigail Field Beals died at home at 98. 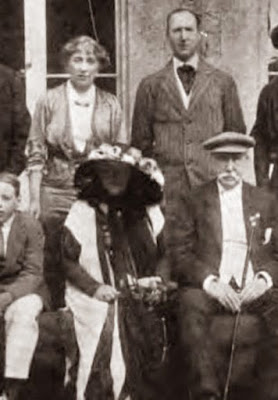 Many family members were published authors. John's daughter Pearl was once the best known literary Richards/Clarke. She wrote successful Bohemian novels under the name John Oliver Hobbes between 1891 and her death in 1906. 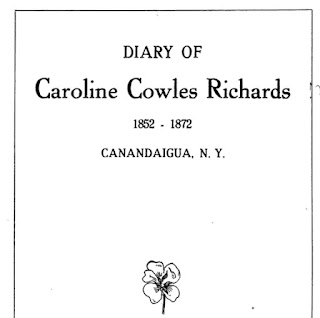 It may have been brother John who encouraged Carrie to self-publish her Civil War diary in 1908. Her book was re-published in 1912 as Village Life in America by a London publisher and then in the United States by H. Holt & Company in 1913. The 1913 publication tells us that Carrie died while the U.S. copy was being typeset. 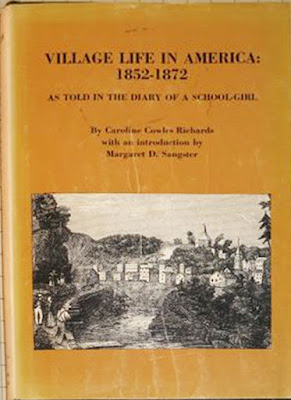 She and Edmund had moved to Binghamton, New York in 1912 to live near daughter Abigail Clarke Mosher due to Carrie's failing health. She died at 70 at their Naples home on Monier Street. 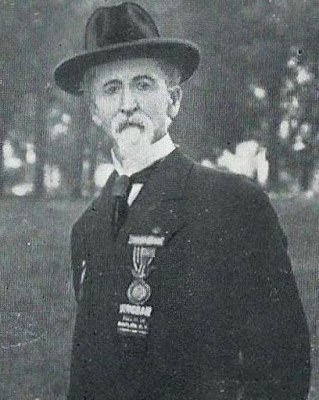 Edmund wearing a Union Veteran badge,
probably about the time he was
Commander of the local G.A.R. post, 1904 to 1909

"For one who was not over strong, Mr. Clarke led a very active life, and was always interested in the welfare of the community."

It's always interesting to decode the euphemisms in newspapers in more polite times. Edmund "not over strong" seems to have been somewhat of an invalid, his health---physical or mental or both--- ruined by the war.

Son Edward became a teacher like his father. Daughter Anna did not marry and lived with Carrie and Edmund. She died soon after her mother at the age of 42. Again the code indicates something deeper than is said. From Anna's obituary:

"She was a kind loving daughter and her devotion to the family circle had no limit. It is sad indeed to see one so well equipped for life taken from us. Her illness was of six week's duration, grieving deeply over the death of her mother."

Did Anna's grief lead her to take her own life?

The Fields/Beals/Richards/Clarkes were a complex family although Village Life in America presents them in simple fashion. The book talks of piety, patriotism, prosperity and talent but they dealt with harsher facts ranging from Carrie's father's alcoholism, her daughter's depression, the heritage of slavery and her husband's war-related disabilities. Village life had many layers. 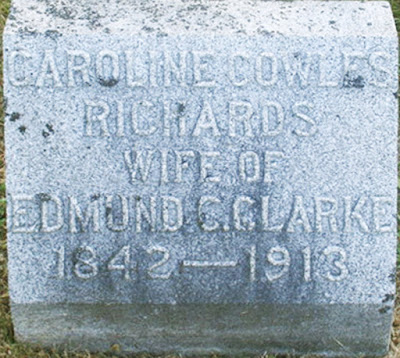 From an obituary: "She will be mourned by many who never met her and yet feel that they know her, having read with delight her 'Diary.' "

I just want to thank you for all that you do on your blogs. I have learned so much over the years doing your blocks of the month/week. Granted not all are finished, but they will be. The history, the blocks themselves and your sense of humor peeking out now and then really make my day.

Love the checkered border of your quilt - think I'll do the same on mine!

I think you should. It pulls the whole thing together.