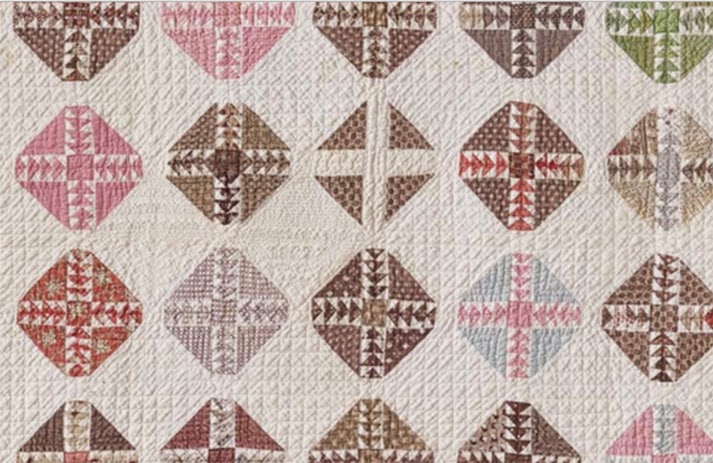 Detail of a new acquisition in the collection of
Boston's Museum of Fine Art
#2013.74

See the whole quilt at their website by clicking here:
http://www.mfa.org/collections/object/pieced-civil-war-quilt-567395

Dealer and collector Gerald Roy found this quilt in New Hampshire. According to the MFA catalog the inscription (barely visible in the quilting above in the center) reads: "Our Father Who Art in Heaven" and "Christian A. Fisher 1862". Catherine Fisher of Muskingham, Ohio, is presumed to have made it for her son when he enlisted in the Ohio Volunteers.

Catherine Krebs (1809-1896) and Caspar Fisher/Fischer (1808-1893) came to the United States from Bavaria in 1837, soon after their marriage. Their eldest child Samuel was born in Pennsylvania in 1839. They soon moved to Adams Township, Muskingum County, Ohio, where eight more children were born. Christian, born in 1843, was 19 the year the quilt was made. 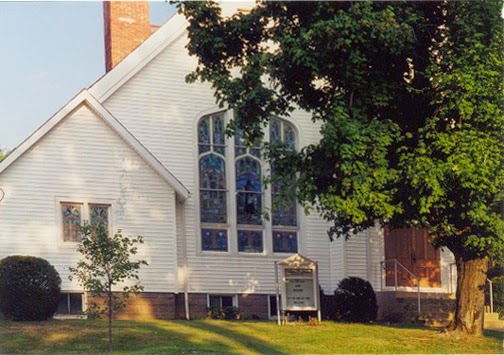 The Fishers attended the Zion Lutheran Church
in Adams Township. This building was finished in 1873.

The Fischers had lost two young children in 1861. Three-year-old John died in September and seven-year-old Casper in October. Fear for her boy must have been foremost in Catherine's mind during the War. Fortunately, Christian survived the Civil War and settled in Plymouth, Indiana, where he died in 1919 at the age of 78. 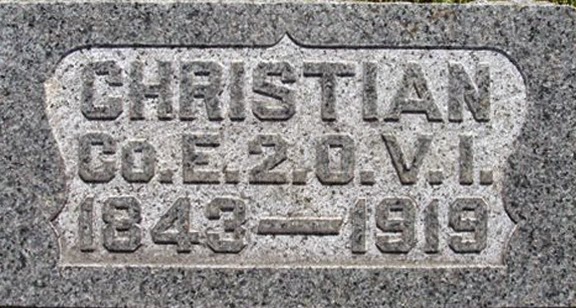 That is an amazing quilt and wonderful condition. I am always on the lookout for quilts now, but the ones I have seen look more like the 50's, but I do check for dates or labels, and there is never any on them. A good reason to label our quills;)

amazing condition! I love the detail when you consider how time consuming quilt making was.

Fisher - Fischer: both are in the article.

I presume the correct spelling is used the most in the article: Fisher.

Piqued my interest because it's my last name with the sc.