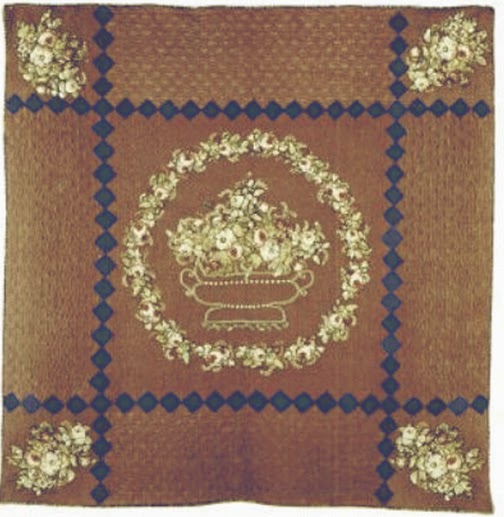 One of the "Gunboat Quilts" attributed to
Martha Jane Singleton Hatter Bullock (1815-1896).
66" x 66"
Collection of the Birmingham Museum of Art. 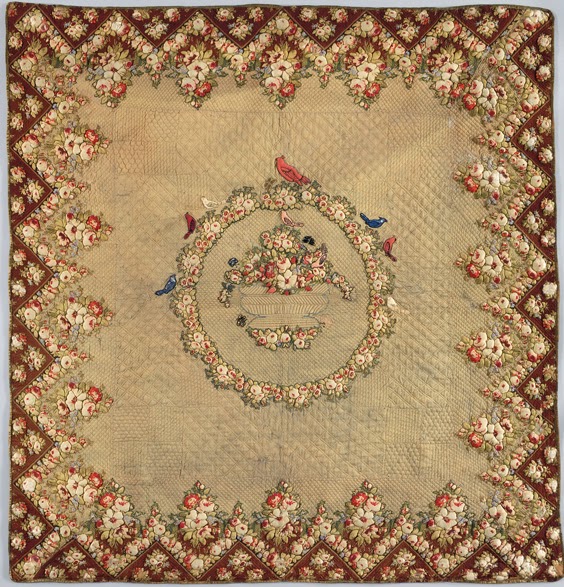 The current exhibit at The New-York Historical Society, Homefront & Battlefield: Quilts & Context in the Civil War, features the "Gunboat Quilt" (directly above) one of two attributed to Martha Jane Singleton Hatter Bullock of Greensboro, Alabama.

The lighter quilt, descending in the Hutchinson family, must be the "Civil War Relic" described in the 1899 newspaper clipping below from the Anderson Intelligencer, December, 6, 1899. The article appears to have originated in a  Dallas paper. I found the clipping at the Library of Congress site Chronicling America.

At the headquarters of Camp Sterling Price, Confederate veterans, was exhibited to-day an interesting war relic. It was the "gunboat quilt," noted in the South during the war between the States. The quilt was made by Mrs. Hatter, a widow of Greensboro, Ala., whose husband had been killed in the war and who had at that time two sons fighting in the Confederate army. Mrs. Hatter gave the quilt to be sold at auction in every town in Alabama to raise a fund with which to build a gunboat to be named for the State.

This was done and the war vessel procured was the noted Confederate cruiser Alabama, sunk in the last days of the war by the Federal warship Kearsarge in the great sea fight off the coast of France. As fast as the "gunboat quilt" was sold in one place it was redonted by the purchaser and resold in another place. Several hundred thousand dollars was raised in this way and was applied to paying for the Alabama.

The quilt was finally given to J.J. Hutchinson, of Greensboro, Ala., to recompense him for his services as auctioneer. It has remained in his family ever since. The "gunboat" was forwarded to Mrs. Ben Melton, of Dallas, daughter of Mr. Hutchinson, recently, to be placed on exhibition at the Texas State Fair and Dallas exposition, but because of delays did not reach Dallas until near the close of the fair. The relic is well preserved and attracted much attention to-day. ---Dallas (Tex.) Cor. St. Louis Republic." 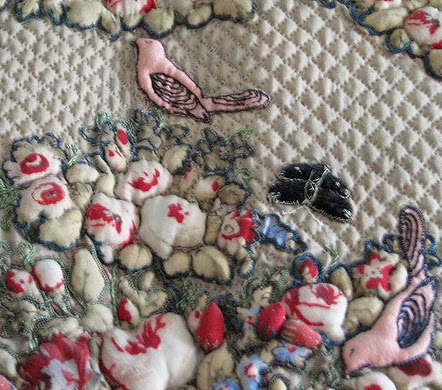 Detail of the First White House of the Confederacy's quilt.
The quiltmaker had a distinctive style, appliqueing and stuffing florals cut
from prints and outlining the applique with black embroidery. 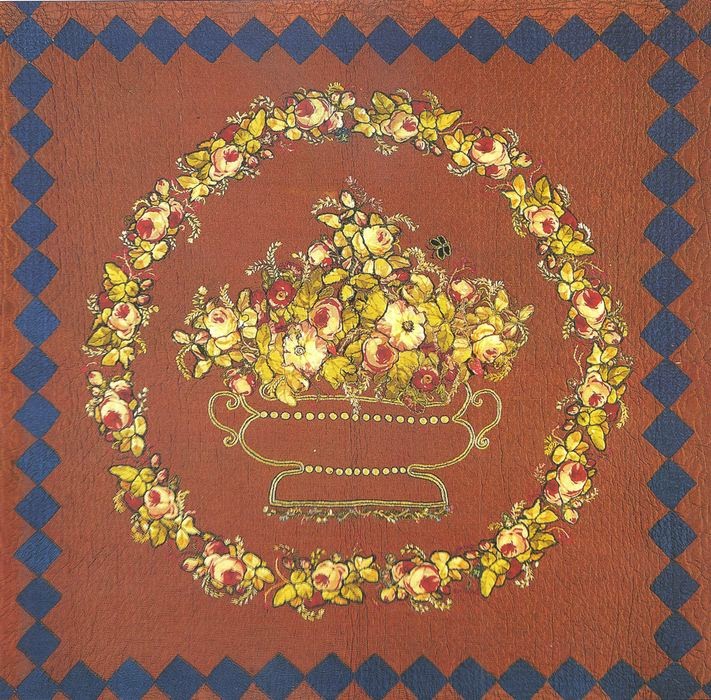 Details of the Birmingham Museum of Art's quilt 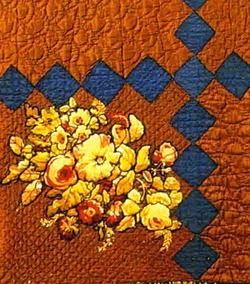 See the First White House of the Confederacy's quilt at the New York venue of  Homefront & Battlefield: Quilts & Context in the Civil War, curated by Madelyn Shaw and Lynn Z. Bassett and organized by the American Textile History Museum (up through August 24, 2014). Catalog available.
http://www.nyhistory.org/exhibitions/homefront-battlefield-quilts-context-civil-war

Read Bryding Adams Henley's 1987 article "Alabama Gunboat Quilts" in Volume 8 of Uncoverings, the papers of the American Quilt Study Group here at the Quilt Index:
http://www.quiltindex.org/journals/article.php?Akid=2-B-8E
Posted by Barbara Brackman at 6:00 AM

Wonder how many hrs of work went into those quilts!!

Do you reproduce these? I want a reproduction of the Singleton Hatter one located in Montgomery.