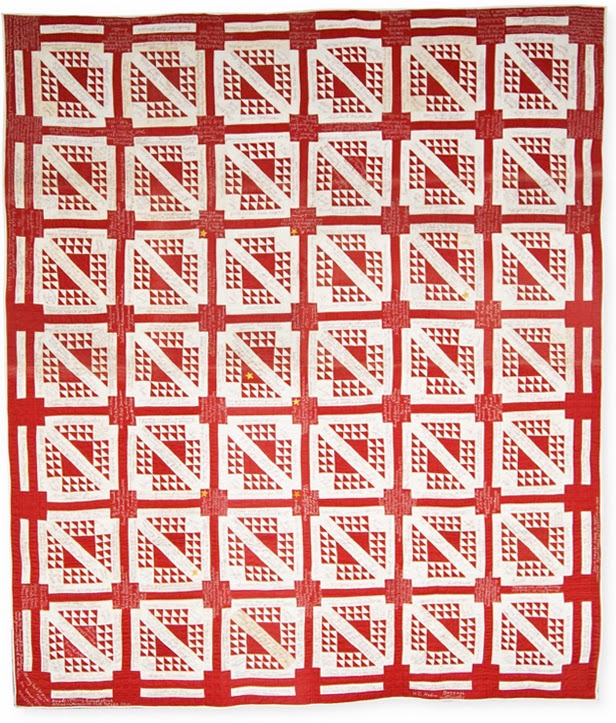 Hutchin embroidered 300 names on this quilt over three years and earned $198 charging by the name. She donated the quilt and the money to the GAR chapter in LaCygne, Kansas. The pattern is called Primrose Path.

It's on display now in Topeka at the Kansas Museum of History in the exhibit: “Speaking of Quilts: Voices from the Collection and Community,” which runs through Aug. 31, 2014. 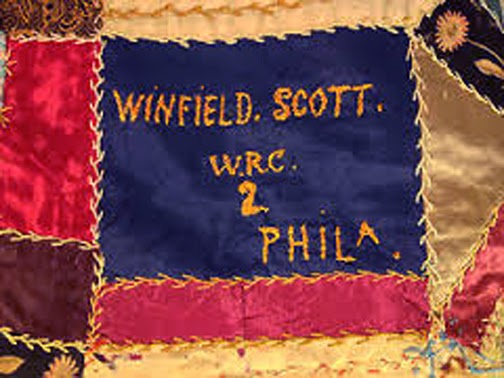 Many of the surviving quilts with a link to the Union veteran's ladies' organizations were made to raise funds for their charitable and memorial work. Written references to these fundraisers are included in meeting accounts. 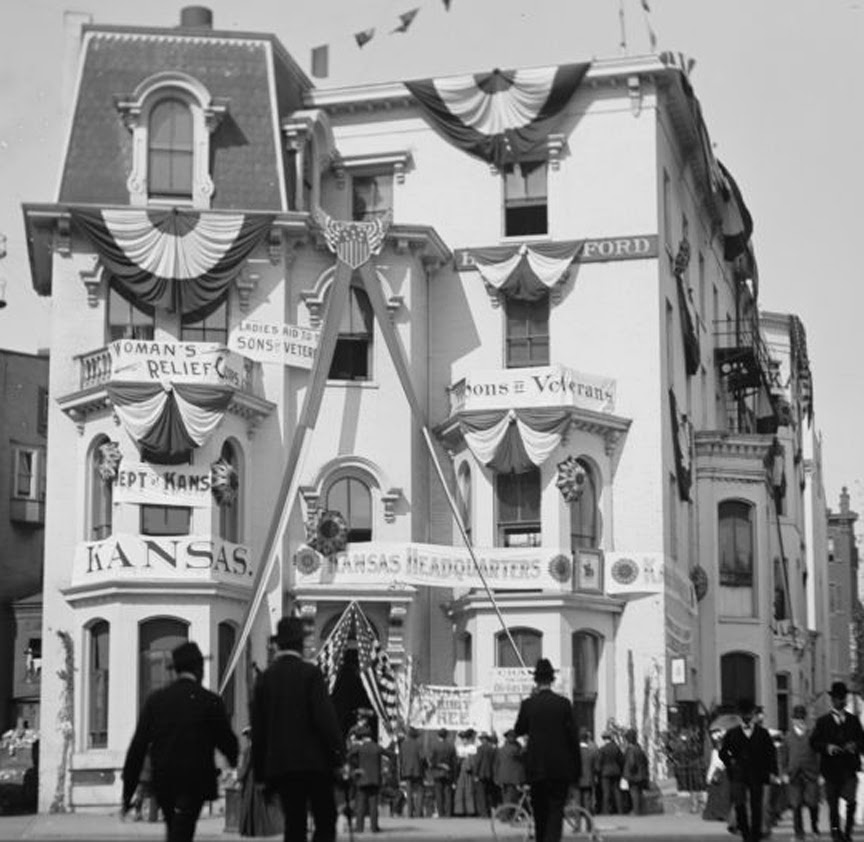 The headquarters of the Kansas G.A.R.
and Woman's Relief Corp about 1910

At a Joplin, Missouri encampment (as the summer retreats of the veterans' groups were called) a quilt was in the works in 1893:

"I have found women all along the line trying to do something for the soldiers. And now the ladies of Missouri have prepared a quilt, and you see they know something about military affairs for here are the Corps badges; they have spread upon it with loving hands these emblems; and now what they want is the name of every comrade that can give as much as twenty-five cents, and your name will be recorded upon this quilt, with the regiment and corps to which you belonged, and then the quilt will be put on exhibition, and sold, and the money used for the relief of the comrades." 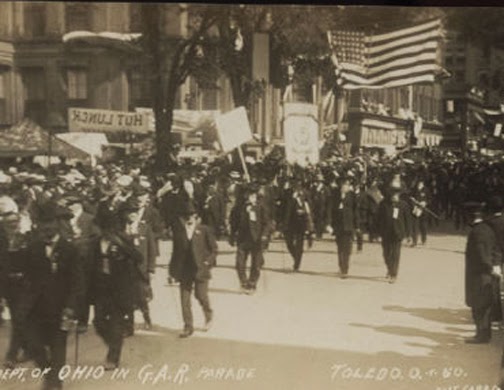 At an 1885 get-together in Bristol, Connecticut the reporter found:

"One of the most unique schemes for aiding the Grand Army, is that represented by a large, though incomplete, bed Quilt hanging on the east side. In the center are the badges of Gilbert TW Thompson Post  GAR and the Ladies’ Relief Corps, No 4. Every third block---all the blocks being three inches long by one wide---is white, on each of which Miss Keziah Peck, of the Corps, has written in indelible ink the name of some person who has paid a dime for that purpose. The ladies have done all the sewing. There are now nearly seven hundred names on the quilt, which is to be finished in time for their fair next winter. The  blocks are red, white, and blue." 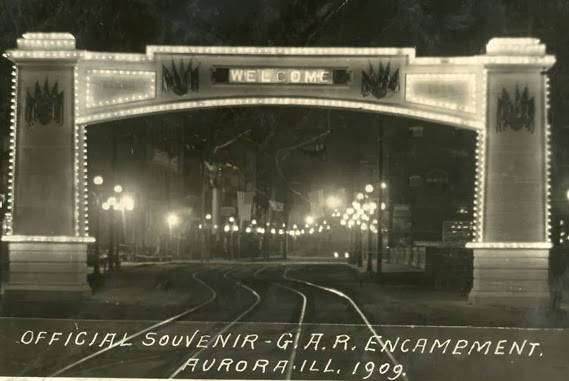 The encampments and reunions continued into the 1930s and later,
and so did the fundraising quilts.
And if you will notice in the comments on the March 22 post many groups continue.

Posted by Barbara Brackman at 7:07 AM

unrelated to this topic but just curious about all the different names given to pinks of the past. cinnamon, bubblegum, I don't think of the "civil war" pinks as either just pink when and why did these descriptions evolve for color. Just like the term "poison green". did we develop these descriptions after the fact or did the ladies of the past use this vocab themselves to describe their colors. Just curious.

I love the idea of charity quilts and helping others and how so many quilters, even now are making quilts for soldiers and other causes.

Hutchin's Primrose Path... All one can say is 'Wow!' Lots of triangles and lots of names to embroider... I made a charity quilt using 1166 triangles but didn't embroider names on it... what a great idea for future reference!

Thanks Barbara for sharing details about Hutchin's quilt.

Our Stitching Memories Quilt Guild is using your 2014 Civil War Block of the Month for our BOM this year. We love it! Several are even trying Civil War reproduction fabrics for the first time—Civil War fabrics are my favorite so I was excited for them to try it. One of our members was working on Block 4 today and noticed that On BOM 4, the guild members will have to choose their color placement BEFORE cutting. They will have to cut 2 colors of piece A & B so that will make 4 each of 2 colors for A and 8 each of 2 colors for B. That isn't in the instructions. Wasted fabric if they don't see this. We thought you might like to include this information in the instructions. Thanks for offering these BsOM!