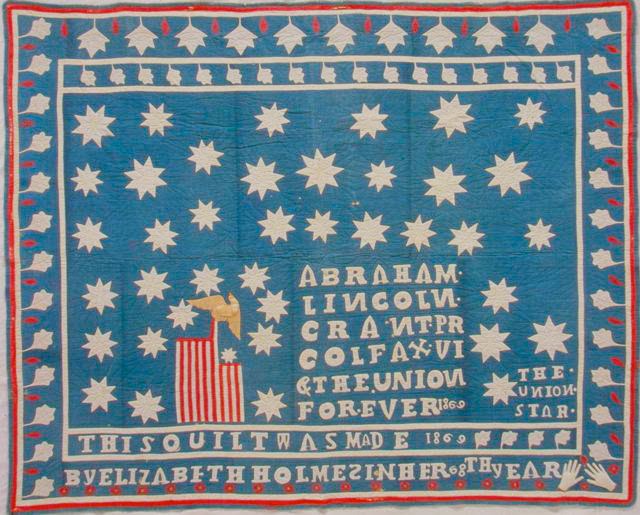 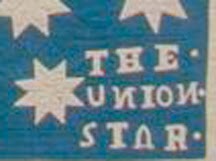 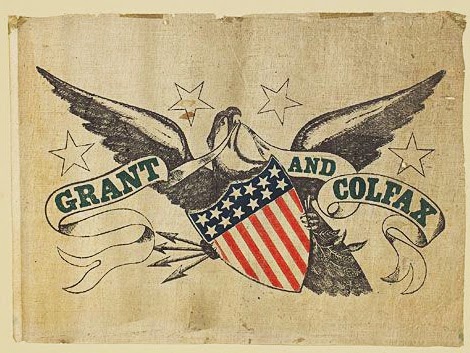 Elizabeth Holmes probably made this quilt to show support for the Republican Presidential candidates U. S. Grant and Schuyler Colfax in the 1868 election. The memory of Republican Lincoln was an important touchstone in that first post-Civil-War election.

The quilt has passed from collector to collector over the years. Quilt dealer Laura Fisher noted she'd recently seen it in a photo in a shelter magazine. Like Laura, we hope its not hanging in the sun.
See Darra Williamson's post on the quilt here:
http://seehowwesew.wordpress.com/2013/02/15/in-honor-of-presidents-day-american-quiltmakers-speak-their-minds-in-fabric/ 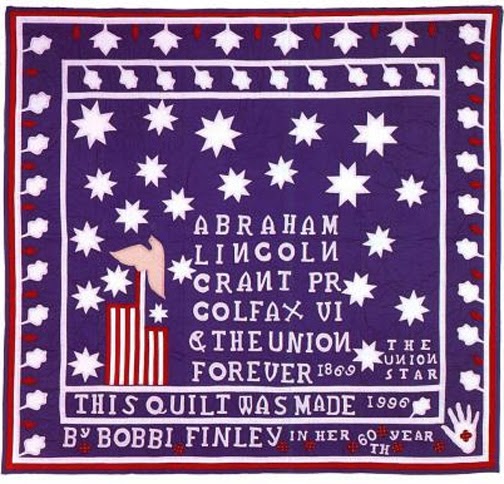 Bobbi Finley was inspired by Elizabeth Holmes to make an appliqued quilt pictured in my book Quilts From the Civil War.

Here's a link to Bobbi's quilt in Quilts From the Civil War: We didn't make a pattern for it.

Wow. So inspiring!
Thanks for sharing this one.

Beautiful quilt and wonderful that she made it at a later stage in life, gives us inspiration that we still have time to make a lot of wonderful quilts;)

Now that's what I call a label!