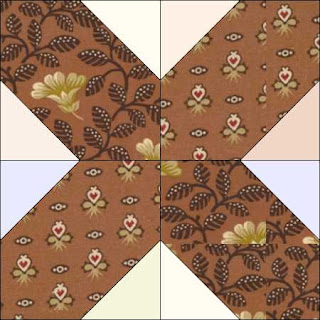 Cotton Boll
The Cotton Boll block remembers Dolly Lunt Burge (1817-1891) and other Southern plantation owners who made their livings off cotton---and the slaves who made it all possible. 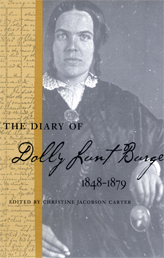 Dolly was Northern-born but moved to Georgia after marrying her first husband. Widowed the first of three times, she married Thomas Burge and actively helped him run his plantation during their eight years together. She, like so many other women, spent the War years alone. Much of her diary is filled with short descriptions of her work and the supervision of the slave labor on the large farm.

Freed slaves at Port Royal, South Carolina in 1862
The women are preparing cotton for the gin building behind them.
Photo by Timothy O'Sullivan from the Library of Congress. 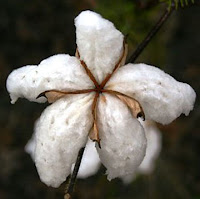 Cotton cultivation was central to Dolly's plantation---ginning, picking, selling and planting cotton. Her daughters Lou and Sadai were a pleasure to her in her widowhood, although Lou caused concerns, beginning with her adolescent rebellions.

"Lou is making a bed quilt but says she is never going to cut up pieces of cloth again for such work that only poor white folks made bed quilts that the rich buy blankets."

Concerns over Lou grew serious as she wasted away with tuberculosis. Dolly, Sadai and the slaves Martha and Mary strugged on after Lou's death, with Dolly keeping accounts of hardship and high prices.

"I have hundreds of dollars in my pocket book & yet I cannot buy a yard of calico to make my Sadai a sunbonnet it cannot be had. For weeks she has been wearing a bunch of rags for her bonnet is nothing else. Yesterday however Aunt Polly Davis gave me a peice of a dress of hers which I shall gladly make up to day." 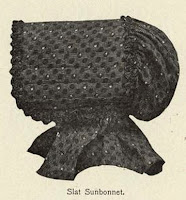 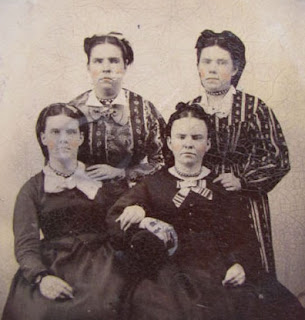 Unknown women about 1865
The pair in the back are wearing cotton striped dresses,
quite a popular look in the 1840s and '50s.
Many women recut dresses of old fabric into new styles during the war. 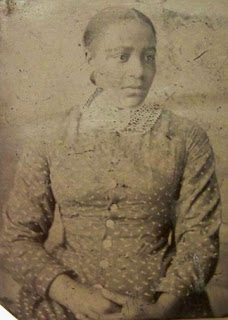 Unknown woman in cotton dress about 1870. 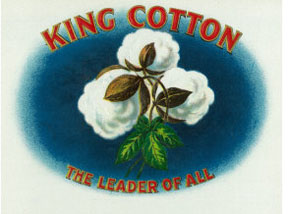 Cotton was the basis of the Southern economy and the basis of North/South trade. Raw cotton went North to be processed into printed calicoes. With wartime trading stopped, cotton prices escalated and cotton fabrics became impossible to find, particularly in the Confederacy.
This week's block is a variation of one published as the Cotton Boll quilt in the Kansas City Star in 1941. The Star pattern featured white triangles representing the "bolls". See #4103 in BlockBase (I added extra seams to make it easier to piece.) 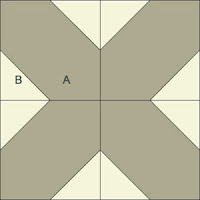 Cutting for an 8" Finished Block
A - Cut 4 dark rectangles 3-3/8" x 6-3/8". Or use the template drawn in Electric Quilt on this PDF. Click here:
http://www.barbarabrackman.com/8CottonBoll%20A.pdf

Piece the block by adding B triangles to either side of the A shape. Make four squares and piece into a four-patch. 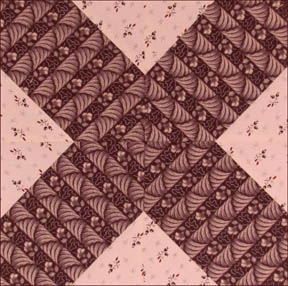 Becky stitched her version from a striped print. She rotary cut the pieces rather than using a template. Here's how she assembled it. 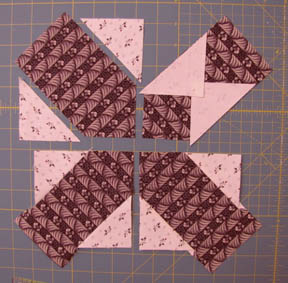 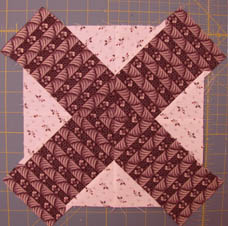 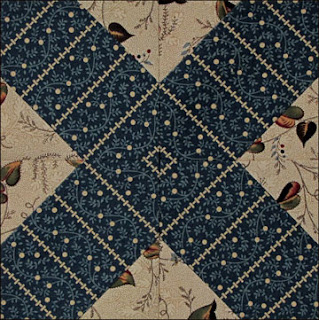 Here's Becky's second block.
Dolly Lunt's diary was first published in 1918 as A Woman's Wartime Journal: an Account of the Passage over Georgia's Plantation of Sherman's Army on the March to the Sea, as Recorded in the Diary of Dolly Sumner Lunt (Mrs. Thomas Burge). There is a recent edition pictured at the top, edited by Christine Jacobson Carter.
Read the 1918 publication at the Documenting the American South website by clicking here:
http://docsouth.unc.edu/fpn/burge/menu.html 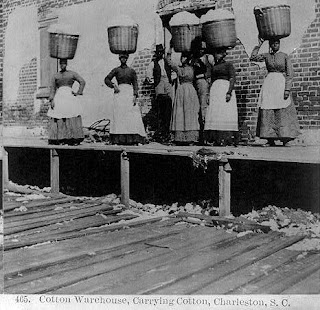 love, love, love these history lessons :) thanks for your efforts!

This is the first place I visit Saturday mornings. I love reading the history and seeing what the new block will be. Thank you so much for doing this!

Wonderful! This is also one of my first stops on Saturday morning...love reading your blog and making the blocks, thank you!

Oh dear. It suddenly struck me that I've been reading the directions wrong! Are all of these blocks supposed to measure 8-1/2"?? I keep seeing 8" block and that's what I've been trying to do... please clarify!
sunshdws@yahoo.com

Regarding the copy/paste question on your side bar, I also use Windows 7 OS and I am able to successfully select/highlight these wonderful patterns to save/print. When I do select/highlight, it appears as if it's also including everything on the left side bar, but in fact when I 'Paste', I do not get anything from the side bar, only the pattern text and pictures. I am able to successfully capture the pictures in this process, although I have heard of others having this same problem. I have no idea why I'm so lucky yet it remains a problem for others. I do hope they can find a way to save these patterns and their history as this is such an awesome gift to us! I've learned more from your 'lessons' in the last eight weeks than I ever learned in school! Thank you Barbara SO very much!!

Thanks for a bit on local history (I'm in Georgia) today. I'll have to find that book. There is also some interesting history near Edisto Beach in S.C. of an indigo plantation owned by a woman. I'll try and find the info....

I enjoyed the block today and the history, I always love looking at pictures from the Civil War era, it must've been wonderful to wear a lot of the clothing that woman had.

Sherryl
The FINISHED blocks when they are set into a quilt are 8" but while you are handling them and creating them they measure 8-1/2". That extra 1/2" disappears into the seam (1/4" on each side.) Wish the cut and paste computer question were as easy to answer as the seam allowance questions.

Thank you for another great history lesson and the block to go with it. It looks superb in a stripe. I'll have to see if I can find one.

Blog Master,
Would it be possible to save the graphics and text into a PDF file that we can click on and print the directions to each block and graphics that way? Just a suggestion. It really is only a minor inconvenience. I love the blog and it is the first thing I open on Saturday morning. Thanks for all your work.

I am with Lulu a "PDF file" would be good to download the block directions.
First thing Sunday morning I go to your blog and see what great new block is waiting.
Thanks from OZ

I love the history that you post each week... I haven't started the blocks yet but hope to catch up and do them soon. I've been working on a Civil War Dairy quilt and not sure if I can manage both at the same time yet.

I always love to see the latest, and this is my first stop on Saturday mornings, too.

The experience of making more complicated pieced blocks gave me the courage to sign up for a BOM at my local quilt shop, yesterday - and I'm considering a second BOM of appliqued blocks. I'd have never have given either a thought before I started following this blog and found out that needle-turn applique and difficult piecing are really FUN! :)

I also love the historical material - thanks very much!

I have completed my block and posted it along with a how-to on my blog.
http://lillianscupboard.wordpress.com/2011/02/20/civil-war-quilt-block-8-cotton-boll/

Hi Barbara,
I am really enjoying your blog and making the Civil War Blocks with my friends over here in Australia. We are learning so much about the American Civil War that it is making Australian history sound so positively boring!
We also have had trouble printing but we get around this by subscribing to the RSS feed and it is easy to 'Copy' and 'Paste' your blog from this - all you miss out on is the heading for some strange reason. There are probably easier ways to do it but I just do what works at the time as I have little understanding of computers.
We always look forward to Saturdays but it is often a long wait for your posting to appear as we get up alot earlier than you do in the States. However, it is always worth the wait!
I am looking forward to the release of your new Civil War range so I can use it in the blocks.
Best wishes to all,
Carol in Australia

Thank you, Barbara, for the fascinating information you share with us. I love American History and I love patchwork...you give us the best of both worlds!

Canadian/American, who grew up in Augusta, Georgia, USA and studied the War of Northern Aggression, a.k.a. the American Civil War, firsthand (I think we found a few spent bullets somewhere around Savannah or Charleston or even Atlanta), and then followed a few Civil War modules at Uni. Wrote a Thesis on Joe Johnston. Now living in the UK and France for...uhm, nearly 30 years...I find this blog fascinating. I've read a fair few books and research papers in my academic years, but one rarely gets the personal touch. Thank you v. much, Barbara.

We have raw cotton bolls if you are looking for them! We also have loose cotton WITH SEEDS!